Diffusion of potassium manganate(VII), KMnO4 , in water. After a few hours the concentration of KMnO4 is the same throughout the solution 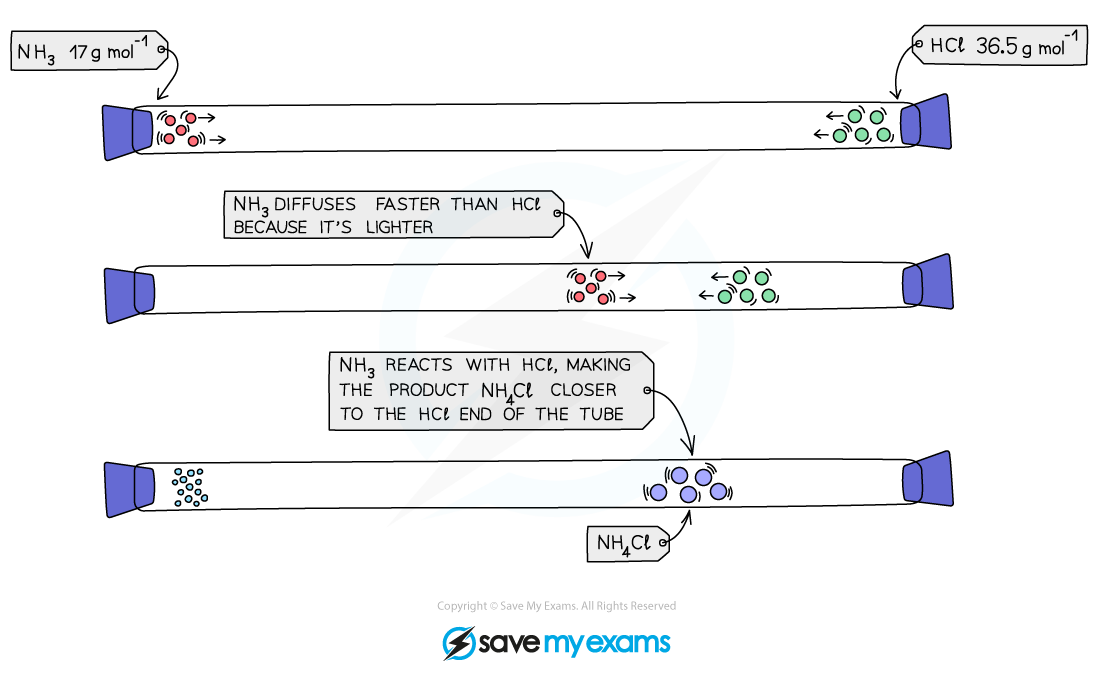 NH3 molecules have less mass than the HCl molecule, so diffuse faster, hence the product (a white smoke of NH4Cl) forms closer to the end where the HCl is