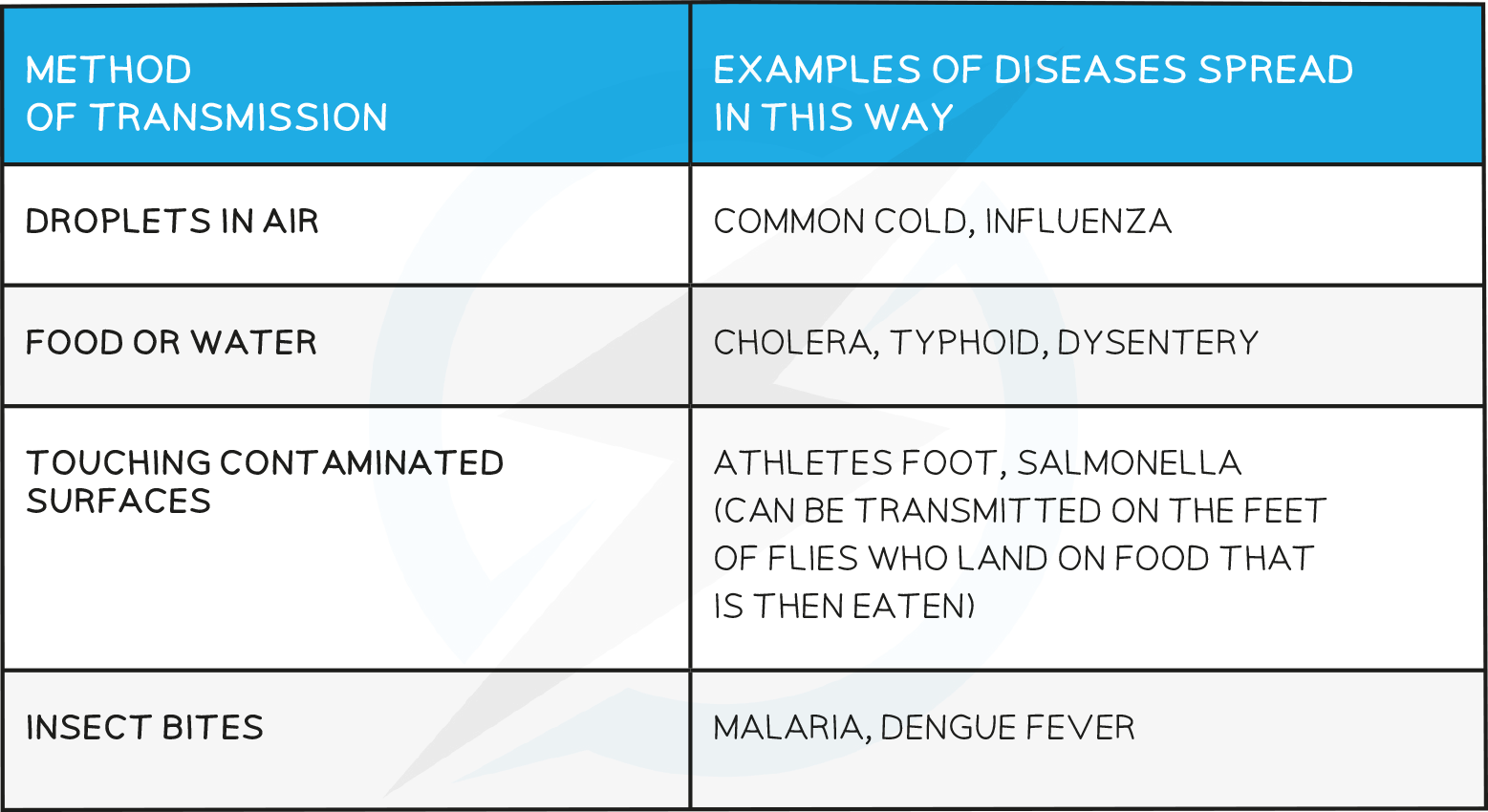 There are 3 main ways in which the body defends itself against disease:

a) Skin - covers almost all parts of your body to prevent infection from pathogens. If it is cut or grazed, it immediately begins to heal itself, often by forming a scab

a) Mucus - made in various places in the body, pathogens get trapped in the mucus and can then be removed from the body (by coughing, blowing the nose, swallowing etc)

a) By phagocytosis - engulfing and digesting pathogenic cells