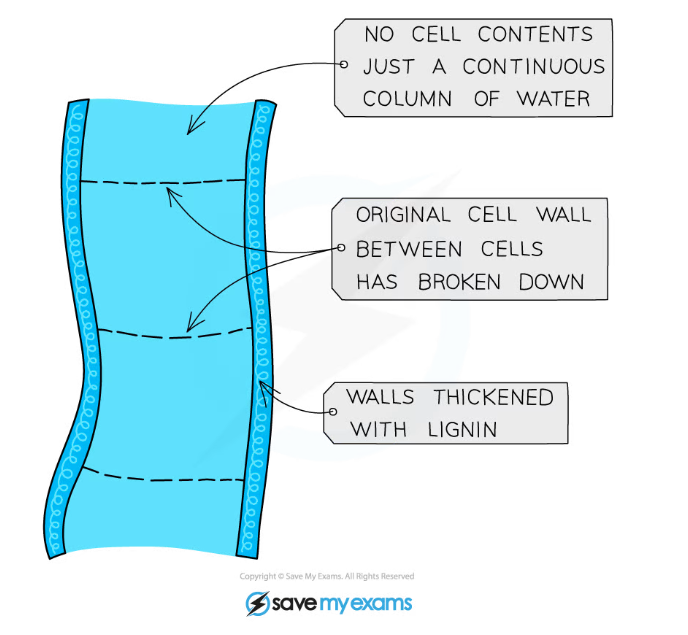 Xylem cells lose their top and bottom walls to form a continuous tube through which water moves from the roots to the leaves.

Phloem cells form tubes similar to xylem vessels, except the cells still retain some subcellular structures and are therefore living 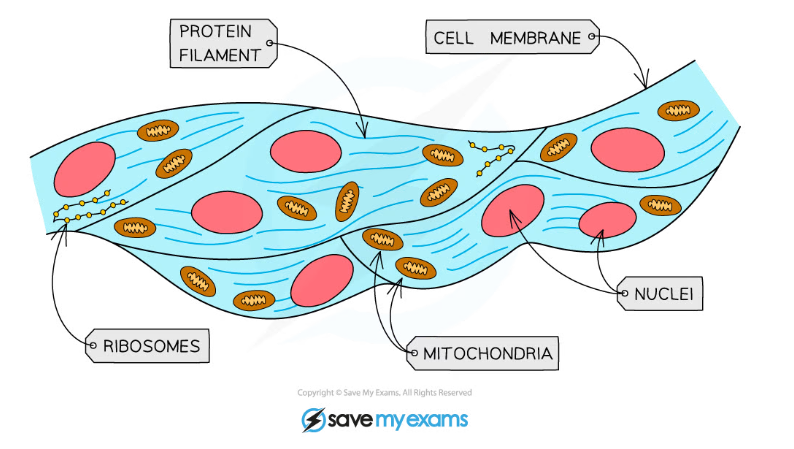 Muscle cells contain layers of fibres that allow them to contract. The image above shows skeletal muscle cells 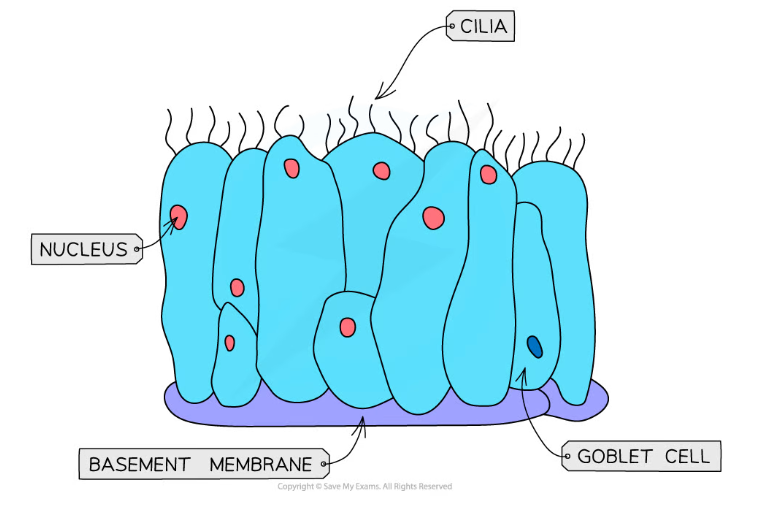 The structure of a ciliated epithelial cell

The structure of a squamous epithelial cell 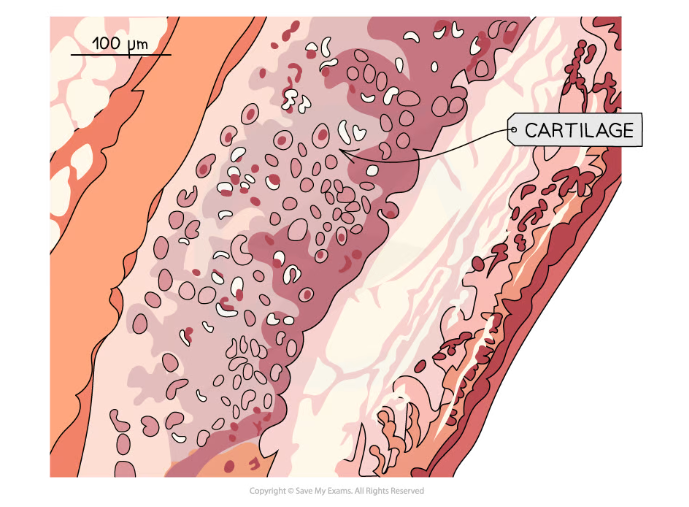 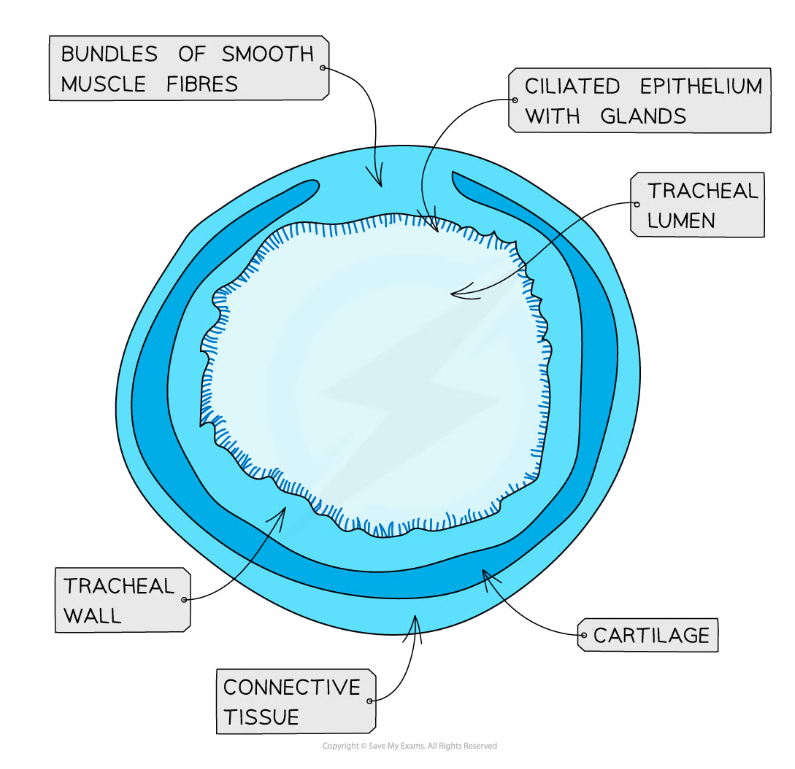 Structure of the trachea. The ends of the cartilage rings are connected by smooth muscle and elastic fibres.

Examples of specialised cells being organised into tissues, tissues into organs and organs into organ systems 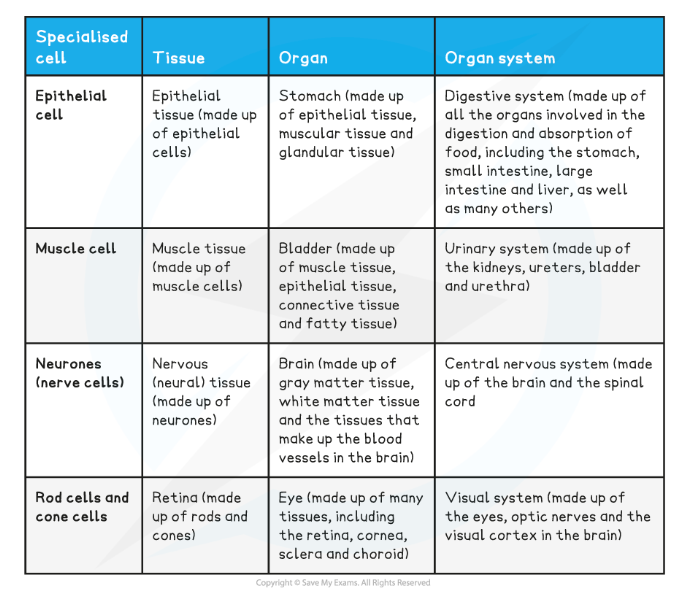