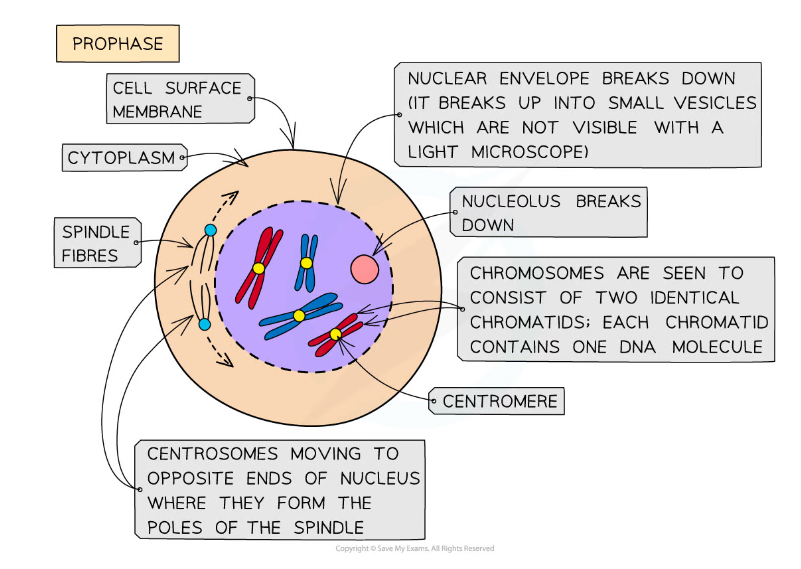 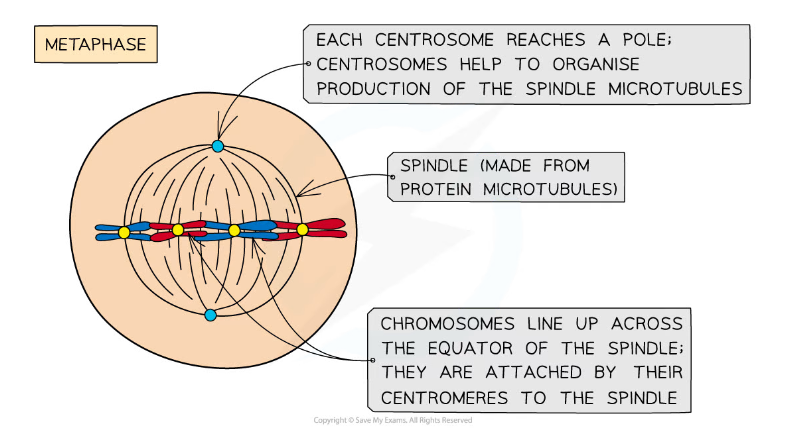 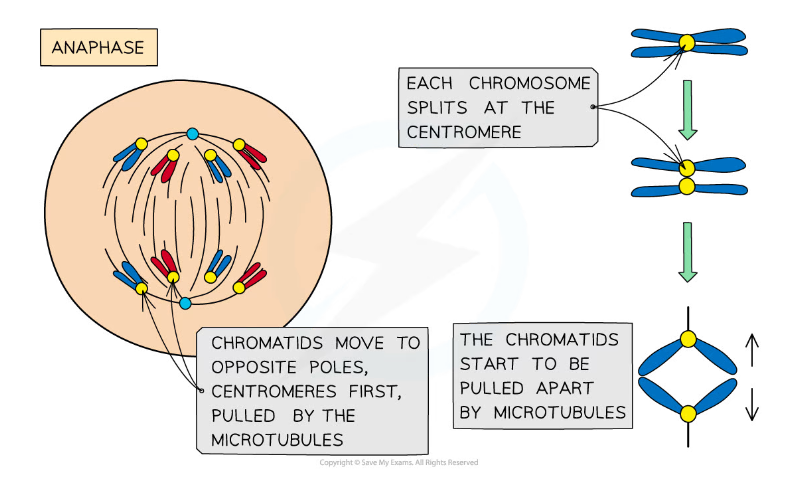 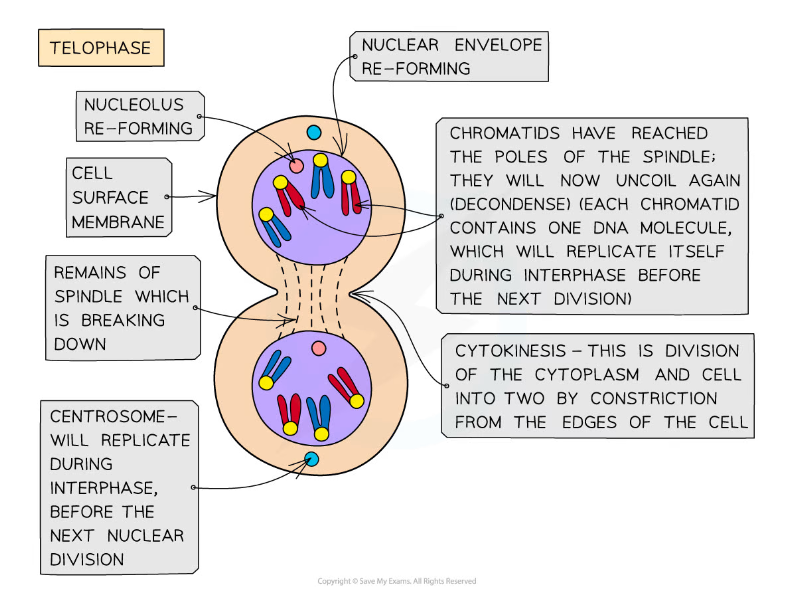 Make sure you learn the four stages of mitosis and what is happening to the DNA molecules (one chromatid contains one DNA molecule) at each stage – learn ‘PMAT’ (prophase, metaphase, anaphase, telophase) to help you remember the order of the stages!After interphase but before the parent cell undergoes mitosis, the human parent cell nucleus actually contains 92 DNA molecules! This is because during interphase (S phase), the 46 DNA molecules in the parent cell have replicated to form sister chromatids. As human cells have a diploid number of 46 this replication results in 92 molecules. This ensures the two daughter cells will be diploid (have 46 chromosomes each) when mitosis occurs.Remember to read the questions carefully as only human diploid cells have 46 chromosomes so if the question refers to another organism, its diploid number will be different.