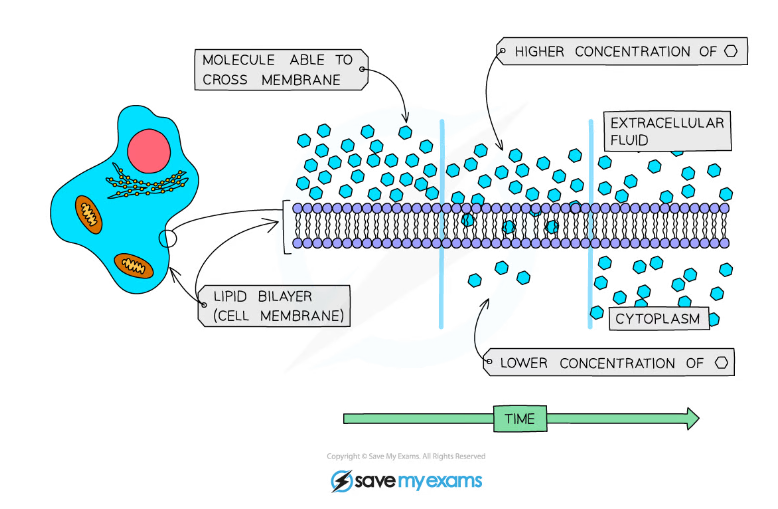 Diffusion across the cell membrane 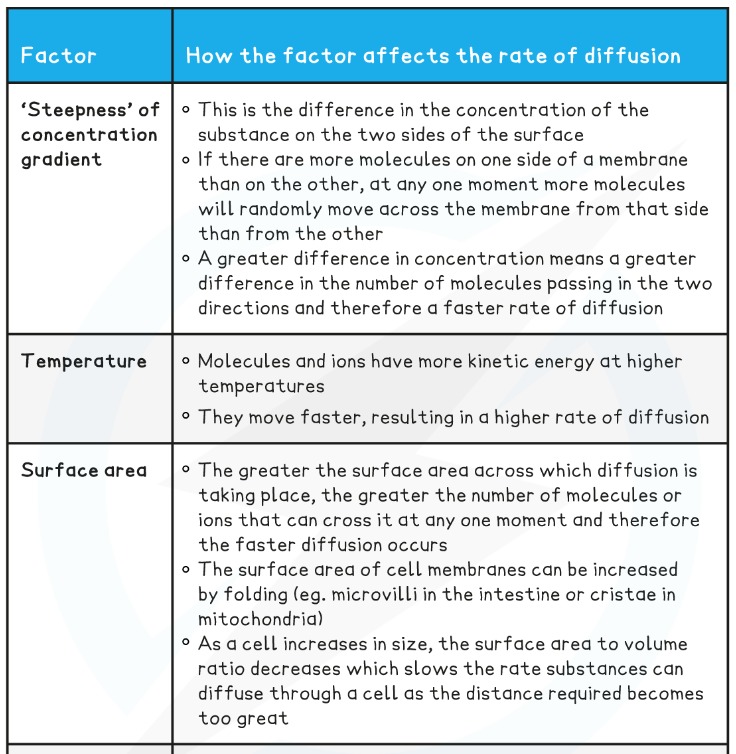 A channel protein (open and closed) 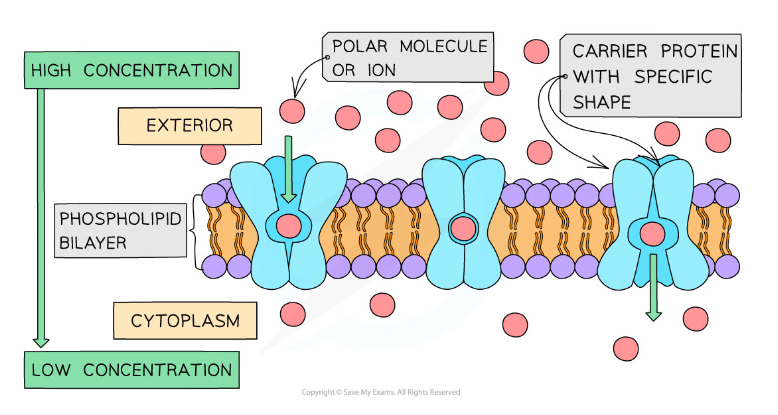 Remember – the movement of molecules from high concentration to low concentration is diffusion. If this movement requires the aid of a protein (for example because the molecule is charged and cannot pass directly through the phospholipid bilayer) this is facilitated diffusion.