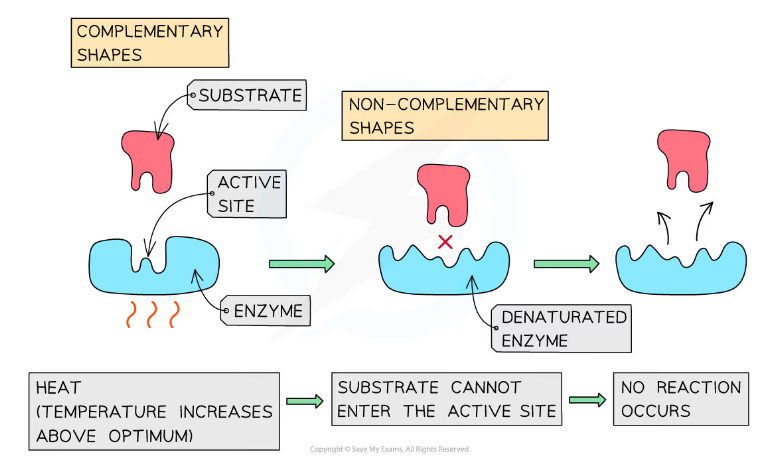 At high temperatures enzymes are denatured - the active site changes shape and is no longer complementary to the substrate. This change is irreversible. 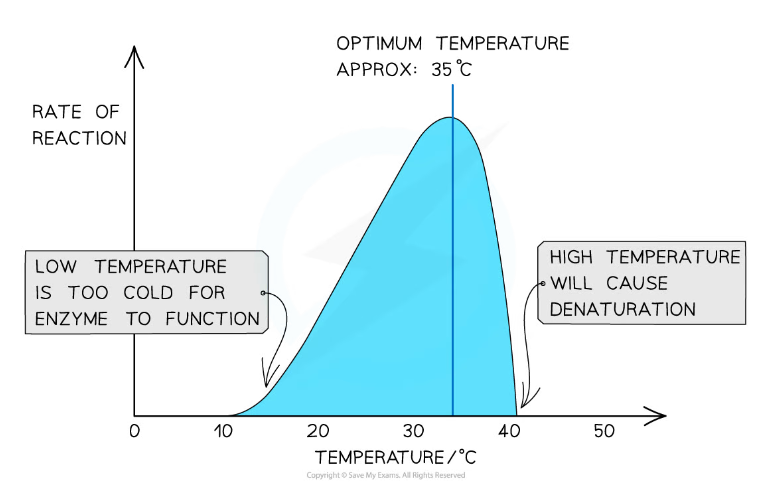 The graph below shows the effect of temperature on an enzyme-catalysed reaction. Using the information in the graph, calculate the temperature coefficient for the reaction between 20 °C and 30 °C. 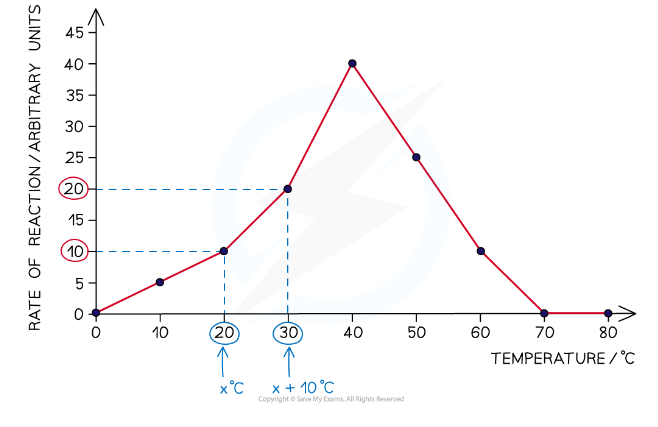 Step One: Using the graph, note the intercepts on the vertical axis at 20 °C and 30 °C

Step Two: Write out the equation and substitute in the known values

(There is no unit for Q₁₀ as it is a ratio)

When answering questions about reaction rates for enzyme-catalysed reactions, make sure to explain how the temperature affects the speed at which the molecules (enzymes and substrates) are moving (i.e. their kinetic energy) and how this, in turn, affects the number of successful collisions.A common mistake in exams is to say that enzymes are 'killed' at high temperatures. This is not biologically accurate and you would be marked down for this, as enzymes are protein molecules, not living organisms. Enzymes are denatured, not killed.