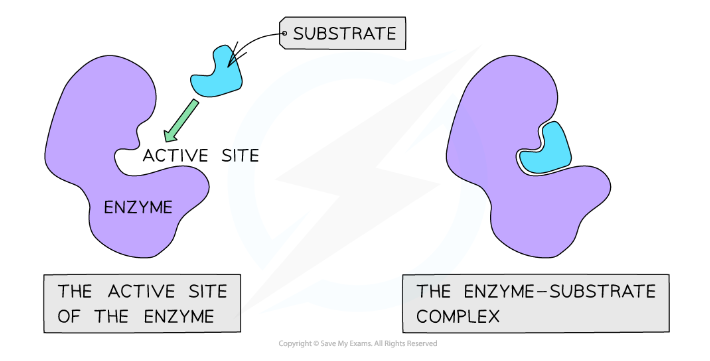 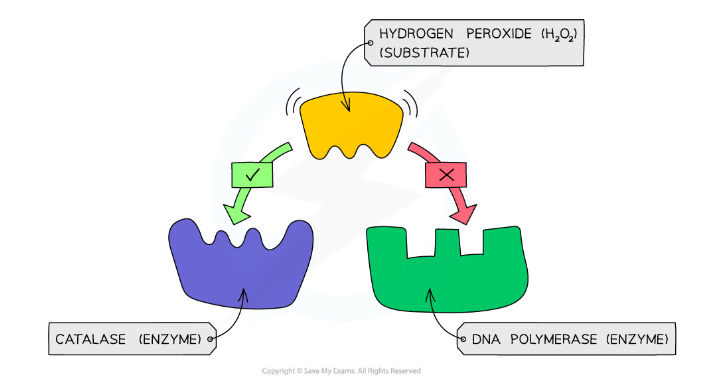 An example of enzyme specificity – the enzyme catalase can bind to its substrate hydrogen peroxide as they are complementary in shape, whereas DNA polymerase is not

The temporary formation of an enzyme-substrate complex 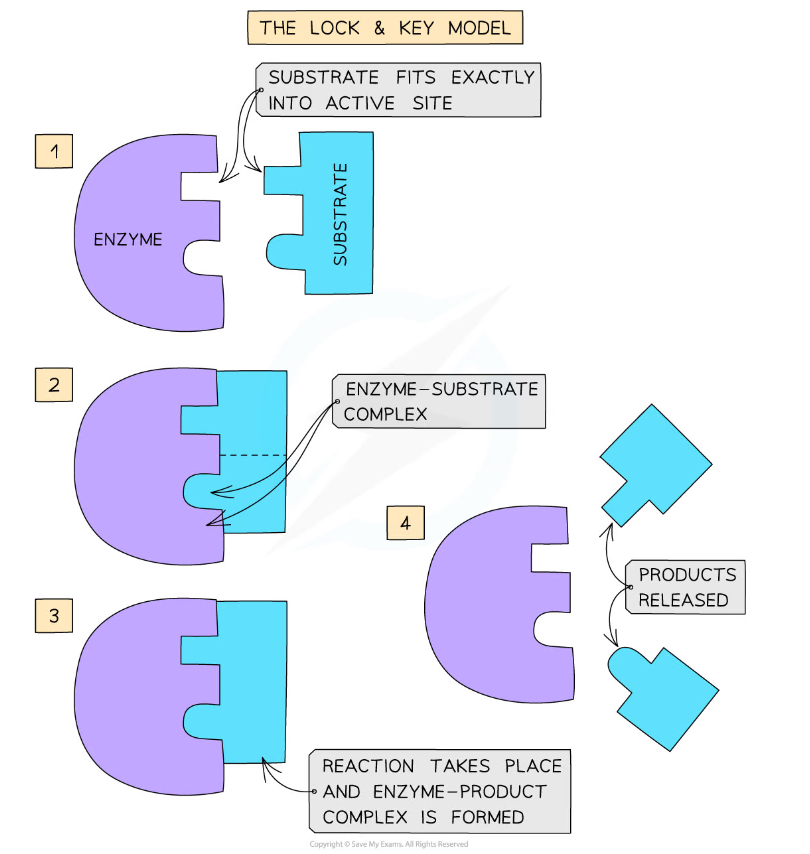 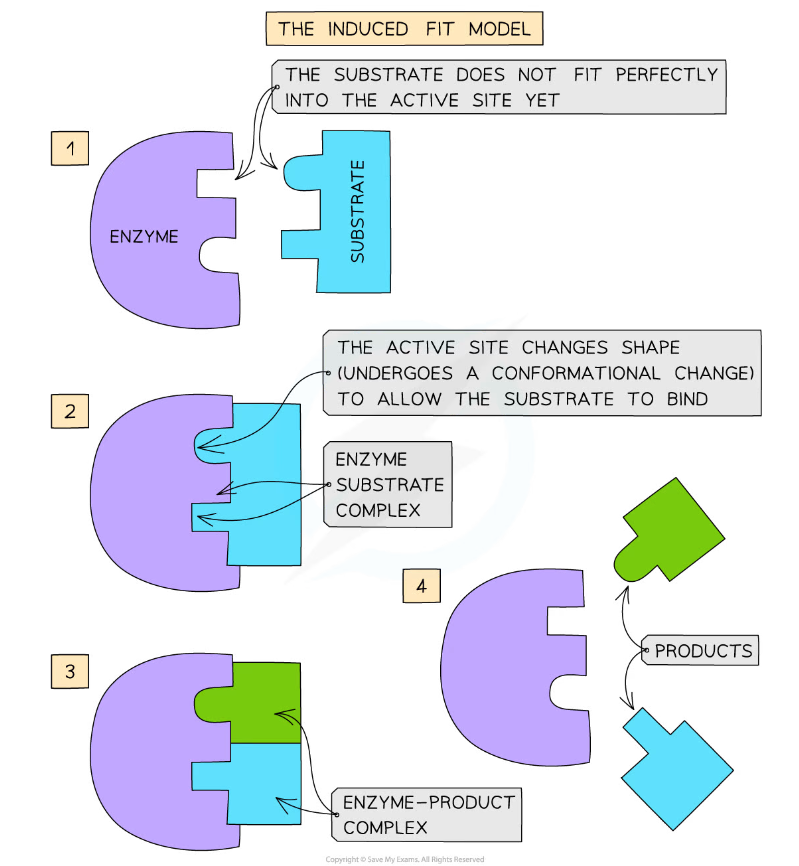 Enzymes and the lowering of activation energy 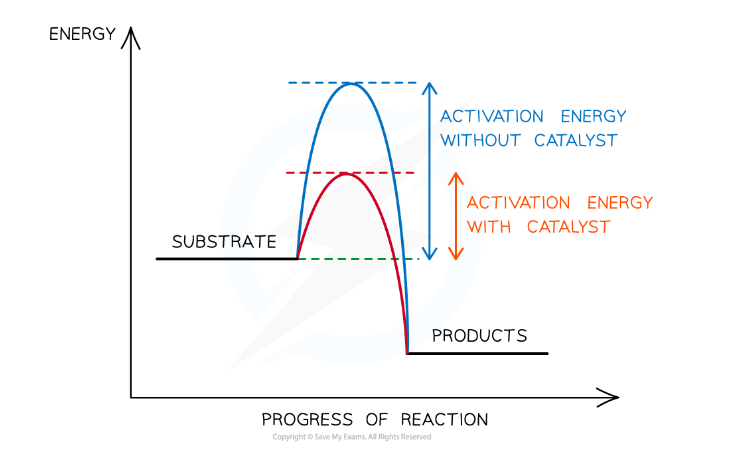 The activation energy of a chemical reaction is lowered by the presence of a catalyst (i.e. an enzyme)