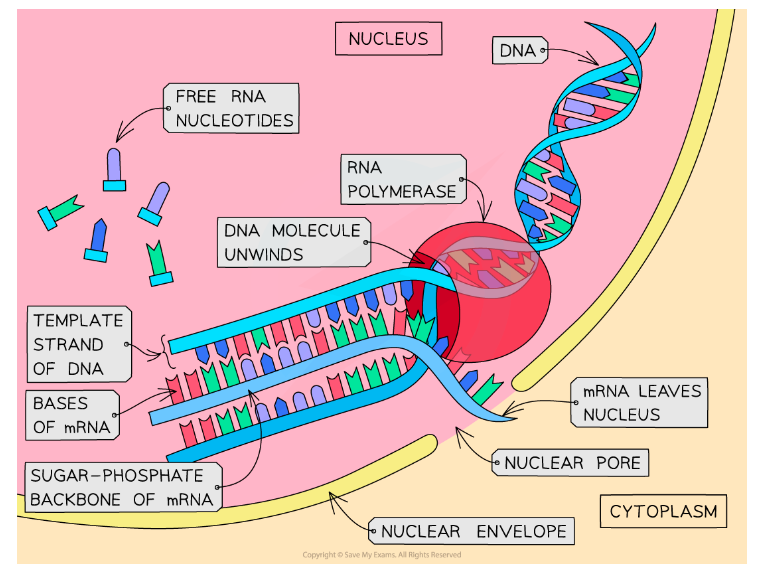 The coding strand and the template strand 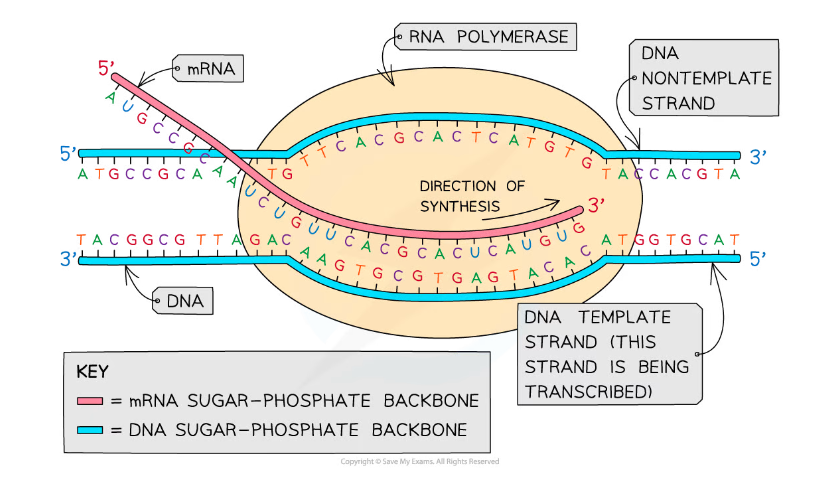 Be careful: DNA polymerase is the enzyme involved in DNA replication, whereas RNA polymerase is the enzyme involved in transcription – don’t get these confused!Make sure you can also distinguish between the DNA coding strand and the DNA template strand. The DNA template strand acts as a 'template' for the newly forming mRNA strand. The mRNA has the same base sequence (and therefore the same sequence of codons) as the DNA coding strand - the only difference being that the mRNA will contain uracil instead of thymine.