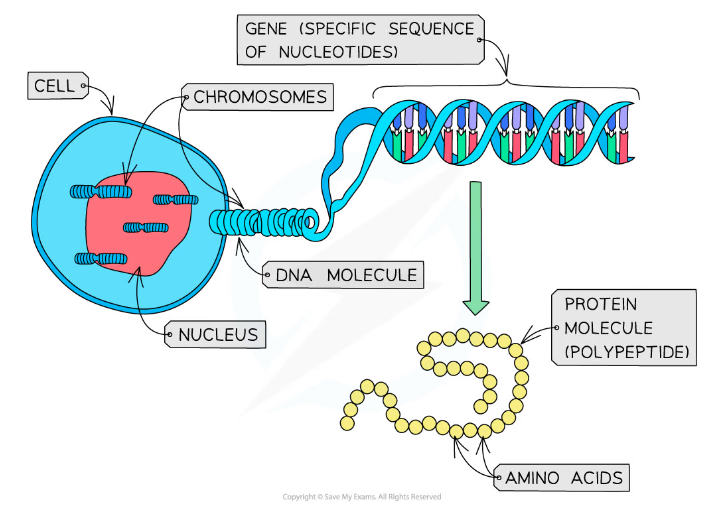 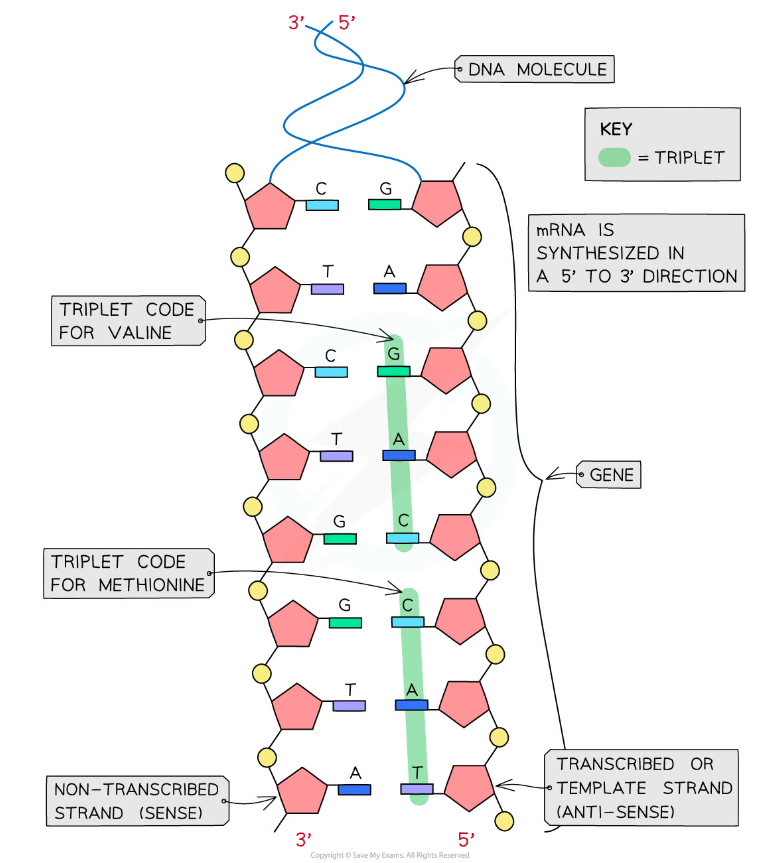 Remember – each chromosome in a human cell nucleus contains one very long DNA molecule. This DNA molecule is made up of thousands of specific nucleotide sequences called genes that code for specific proteins. Even though these genes are all found within the same DNA molecule and are therefore all linked up, the cell knows where individual genes start and stop. This ensures the cell reads the DNA correctly and can produce the correct protein molecules that it requires to function properly.