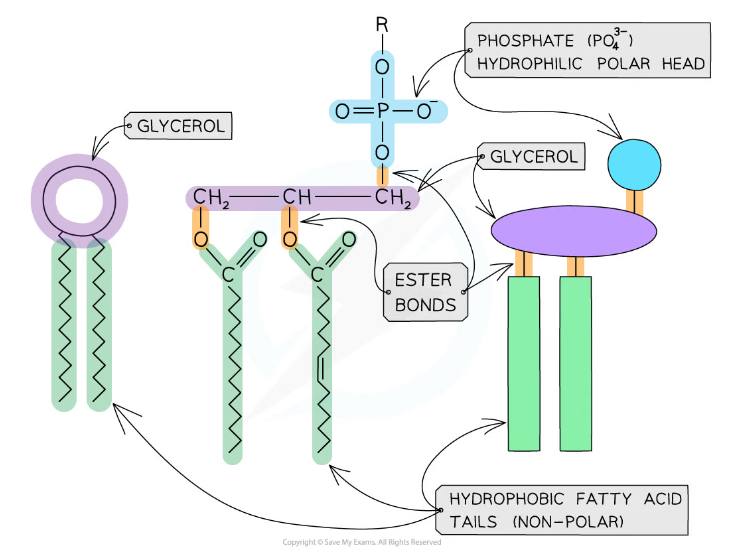 Phospholipids are the major components of cell surface membranes. They have fatty acid tails that are hydrophobic and a phosphate head, that is hydrophilic, attached to a glycerol molecule. 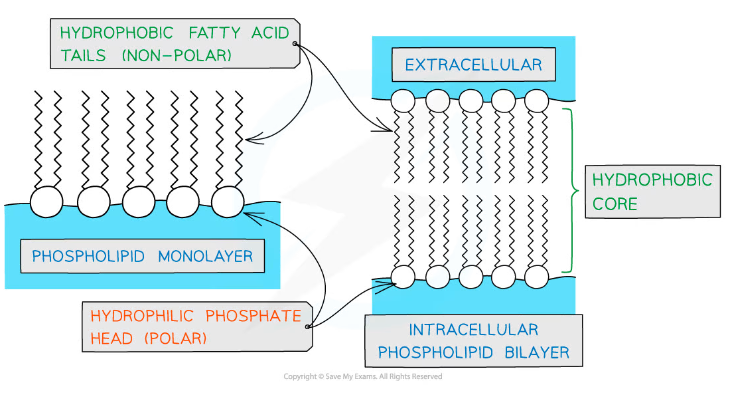 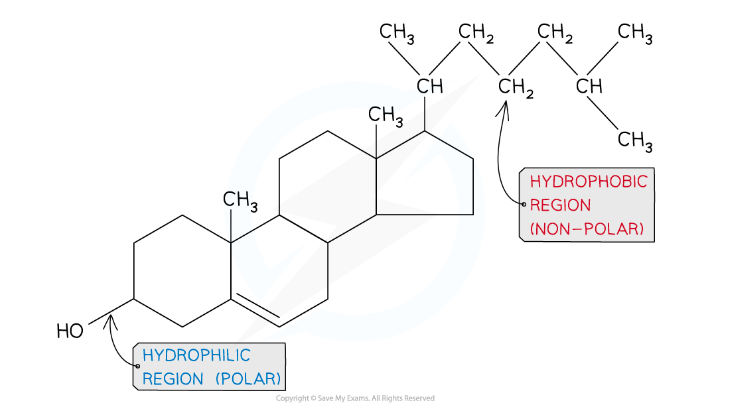 It is common to be asked why triglycerides are energy reserves (they store more energy per gram due to their hydrocarbon chains).