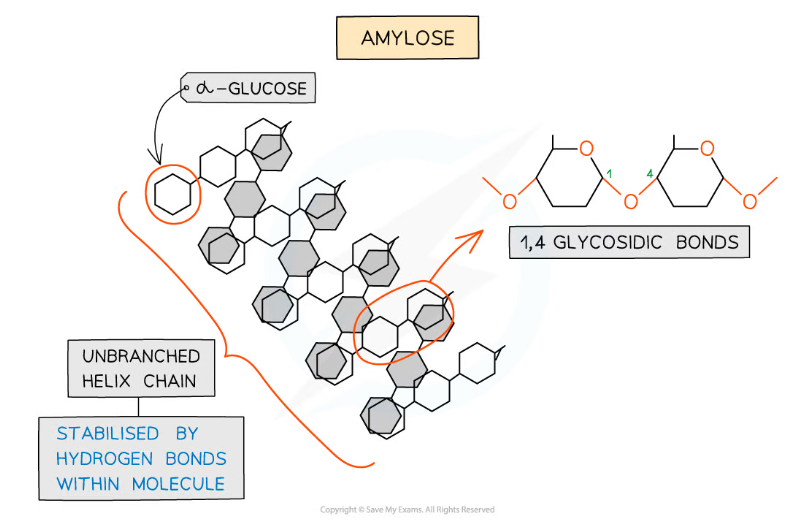 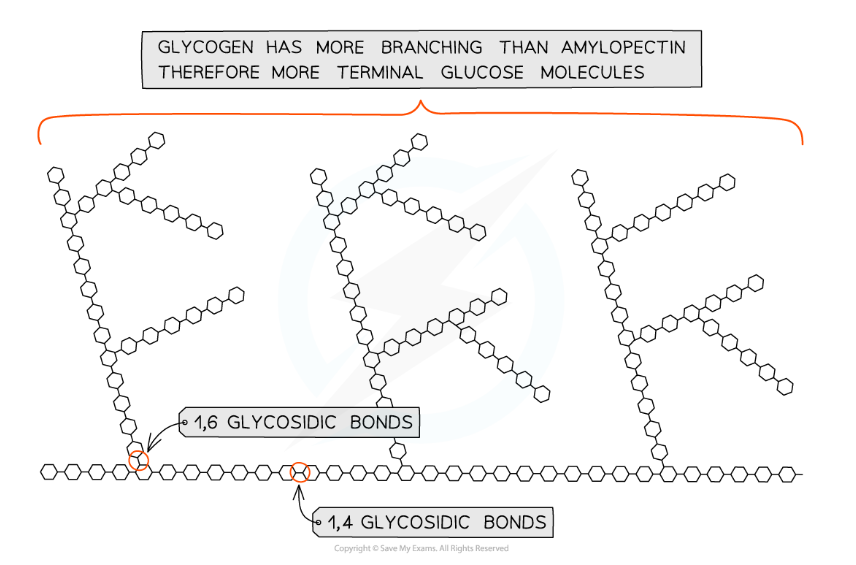 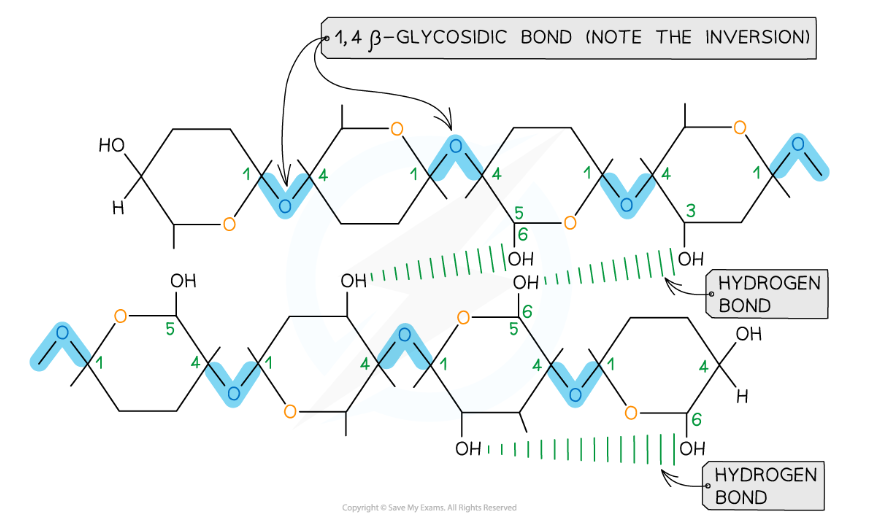 Be clear about the differences between starch, glycogen, and cellulose. 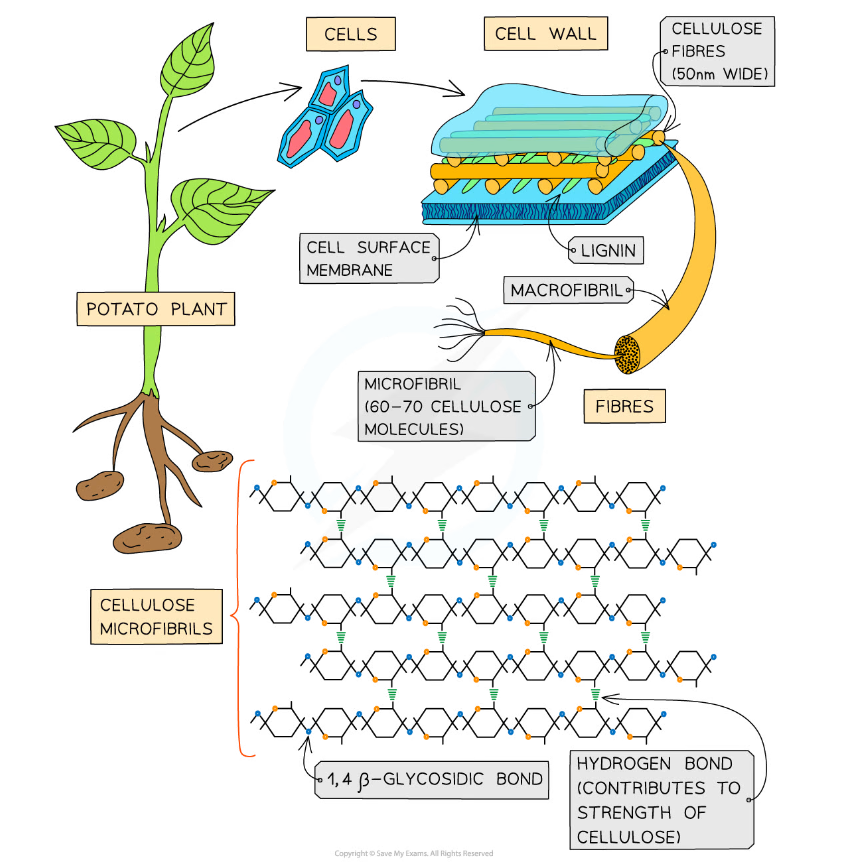