A group of scientists wanted to investigate the effects of a specific diet on the risk of coronary heart disease. One group was given a specific diet for 8 weeks, while the other group acted as a control. After the 8 weeks scientists measured the diameter of the lumen of the main artery in the arm of the volunteers. The results of the experiment are shown in Table 1 below:

Use the standard deviations above to evaluate whether the diet had a significant effect?[2 marks]

Step one: find the full range of values included within the standard deviations for each data set

Step two: use this information to form your answer

There is also an overlap of standard deviations between the experimental and control groups after the eight weeks (0.71~0.77mm and 0.67~0.77mm) so it can be said that the difference between groups is not significant; [1 mark]

Using a tangent to find the initial rate of a reaction

The graph below shows the results of an enzyme rate reaction. Using this graph, calculate the initial rate of reaction. 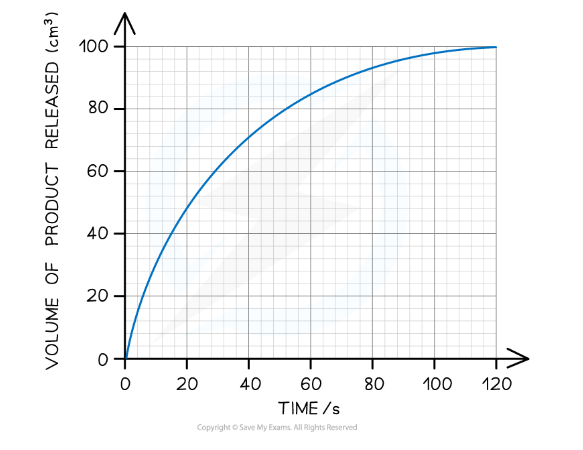 Step 1: Estimate the extrapolated curve of the graph

Step 2: Find the tangent to the curve at 0 seconds (the start of the reaction) 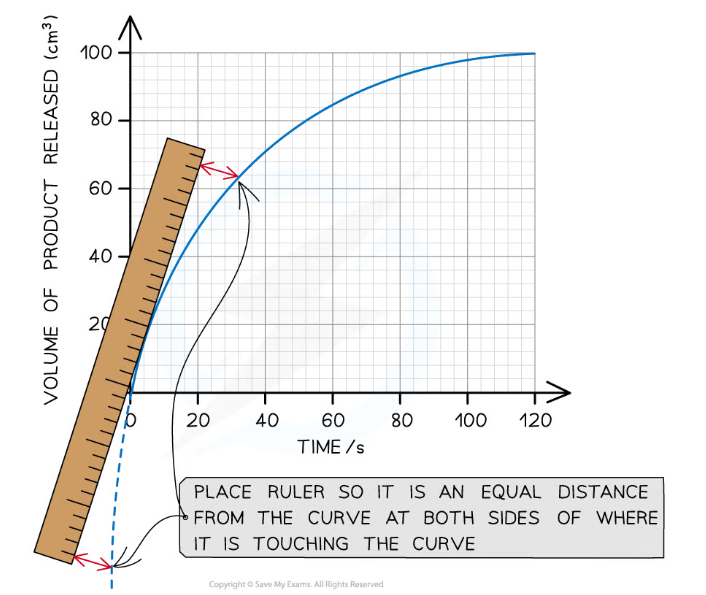 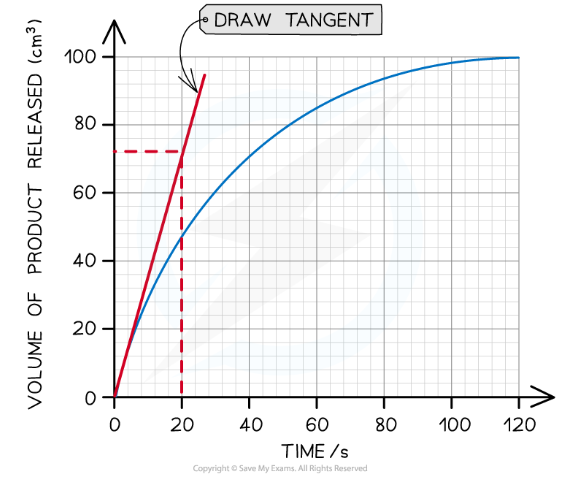 The tangent drawn in the graph above shows that 72 cm3 of product was produced in the first  20 seconds.

Step 3: Calculate the gradient of the tangent (this will give you the initial rate of reaction):

When drawing tangents: always use a ruler and a pencil; make sure the line you draw is perfectly straight; choose the point where the tangent is to be taken and slowly line the ruler up to that point; try to place your ruler so that none of the line of the curve is covered by the ruler (it is much easier if the curve is entirely visible whilst the tangent is drawn).There is a handy phrase to help you remember how to calculate the gradient of a tangent or line. Rise over run means that any increase/decrease vertically should be divided by any increase/decrease horizontally.