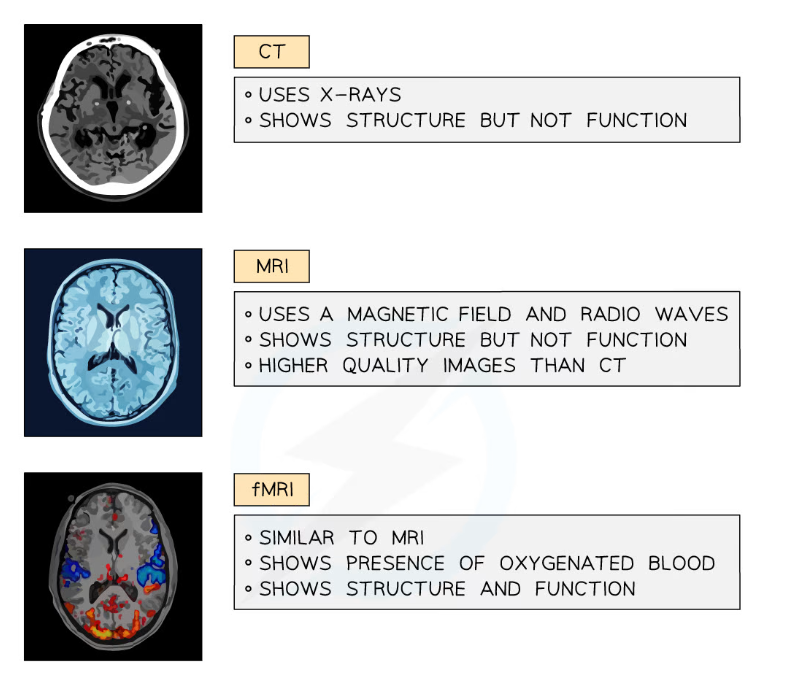 Some types of scan show only structure, while other allow the study of structure and function in real time