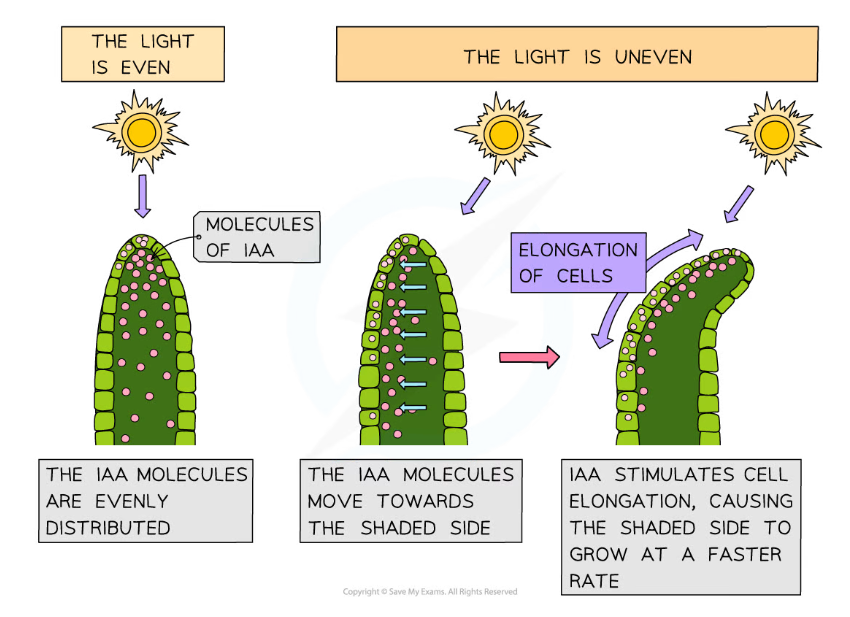 IAA inhibits cell elongation in shoots. Note that you do not need to know about the role played by amyloplasts in detecting the direction of gravity