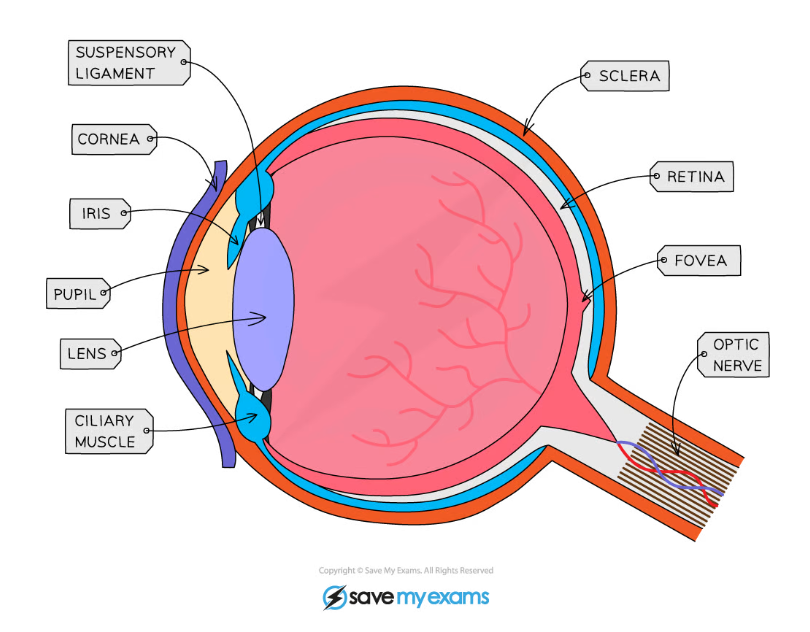 The eye focuses light on the retina, which contains many light receptors 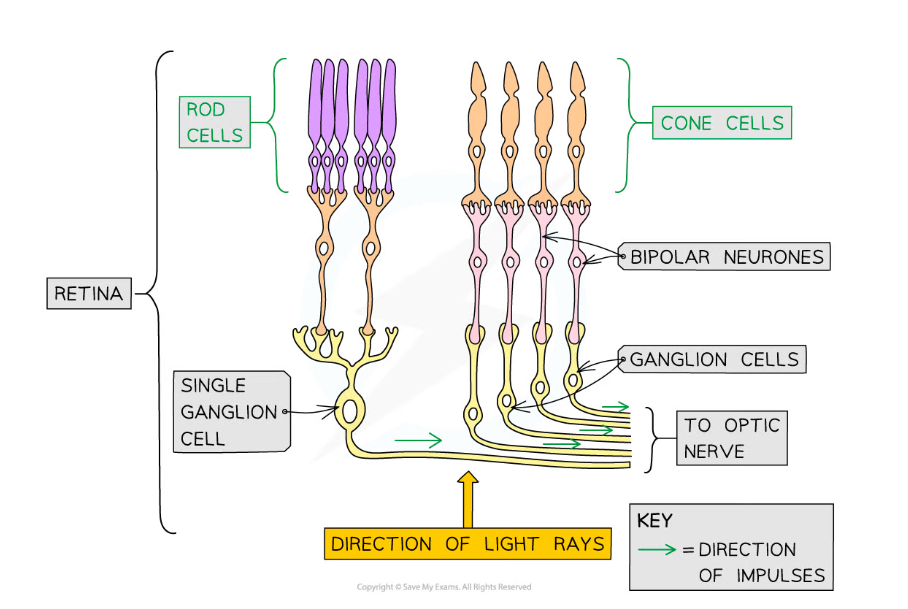 Information passes from rod and cone cells to the optic nerve via bipolar neurones. Note that you do not need to know about ganglion cells here

The action of rod cells