Synapses are the junctions between neurones e.g. between a sensory neurone and a relay neurone 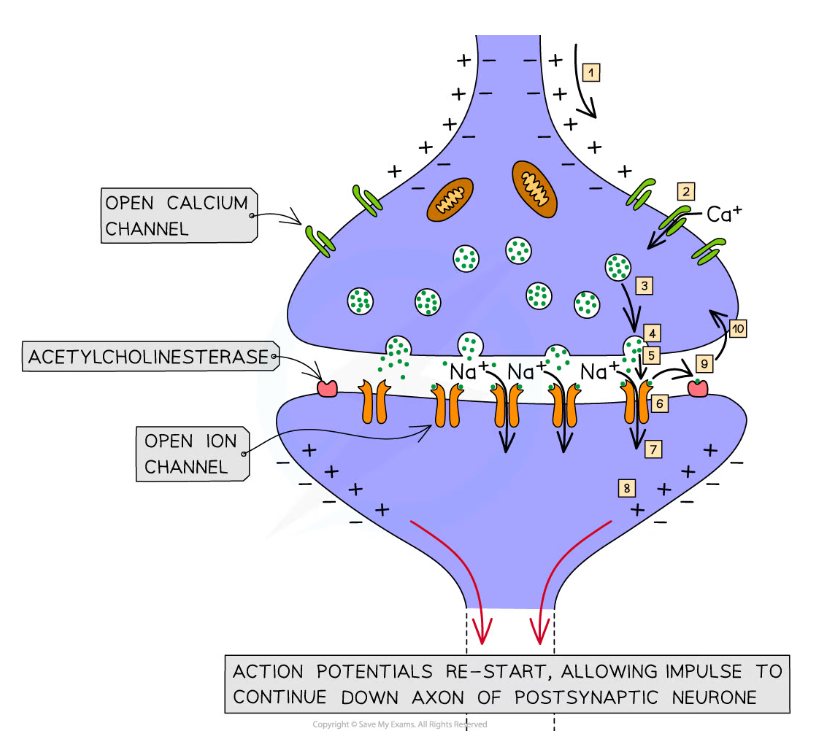