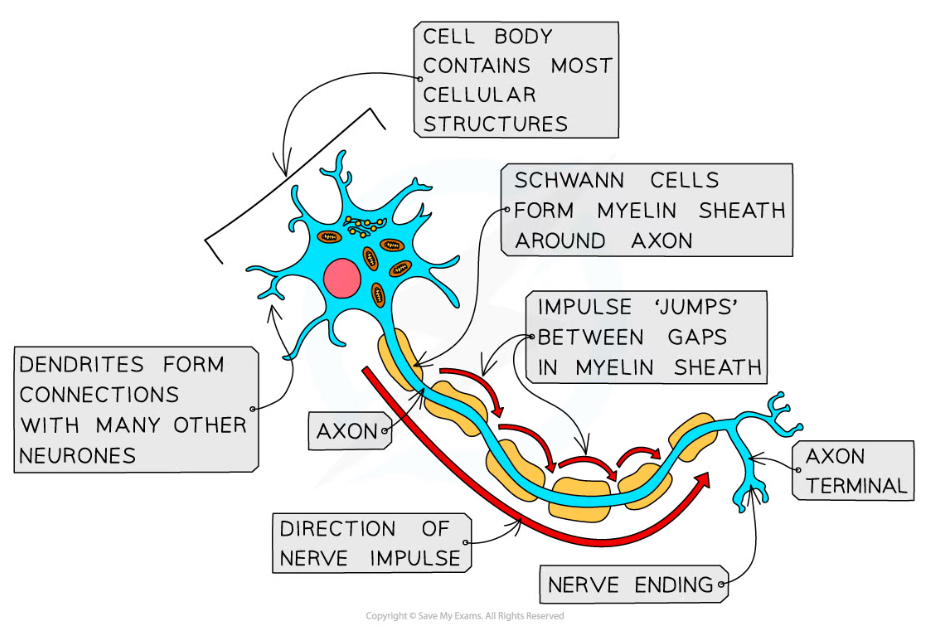 Neurones have a long axon, a cell body, and an axon terminal, and some neurones are myelinated 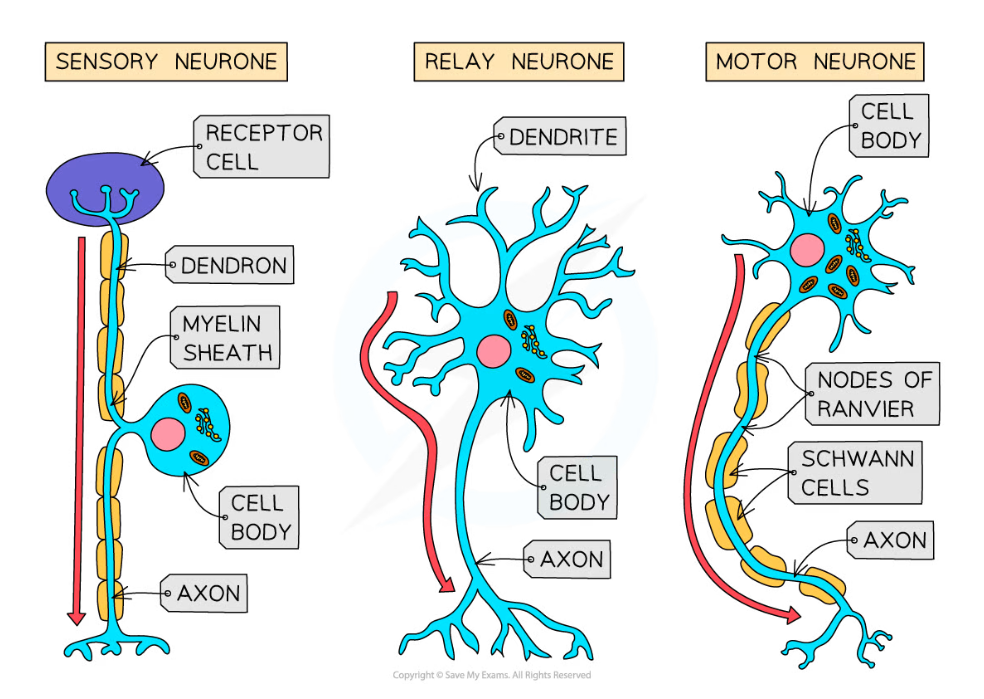 Different types of neurone differ in both structure and function