Structure of thick & thin filaments in a myofibril 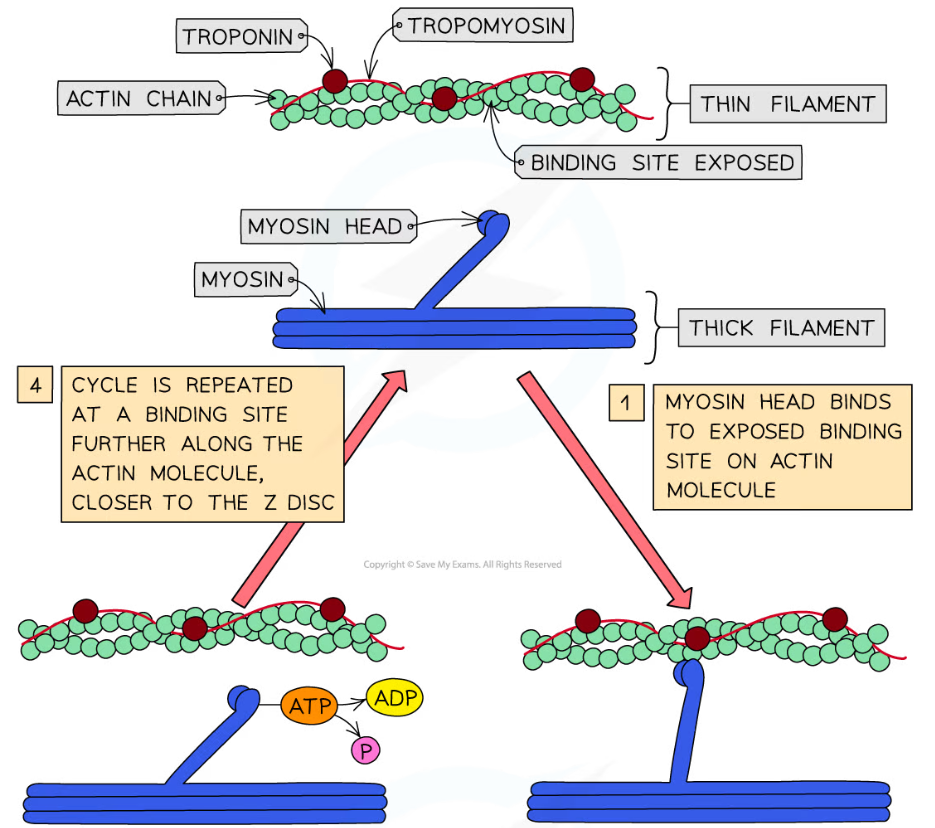 There is a lot to remember here so take some time to go through it and ensure you understand the order of events.

Because muscles require a source of ATP for myosin heads to detach (and the muscle to stop contracting) this explains rigor mortis (stiffening of the joints and muscles of a body a few hours after death) as there is no ATP after death to detach the myosin heads, the muscles remain contracted!