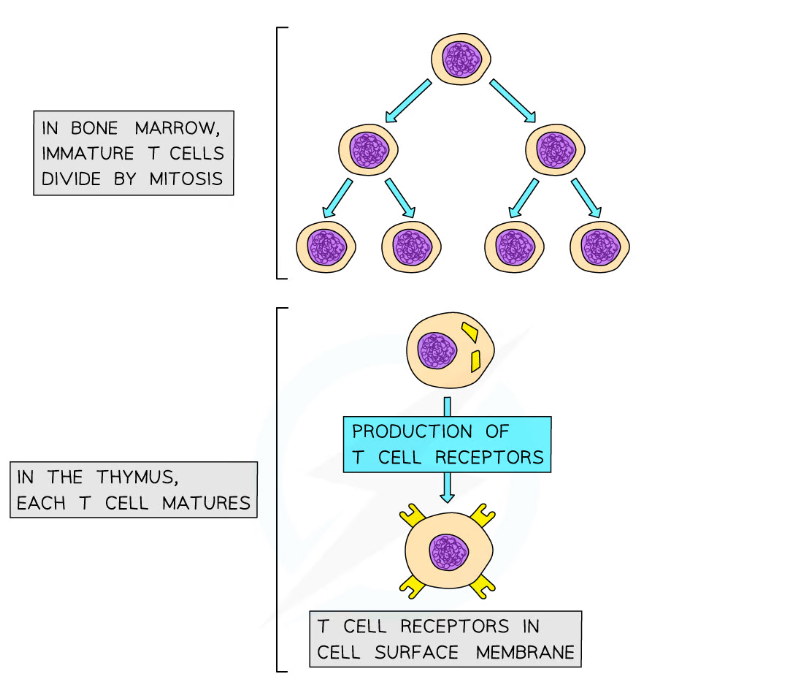 Mature T cells have many different types of receptor on the cell surface membrane; these receptors will bind to different antigens on antigen presenting cells