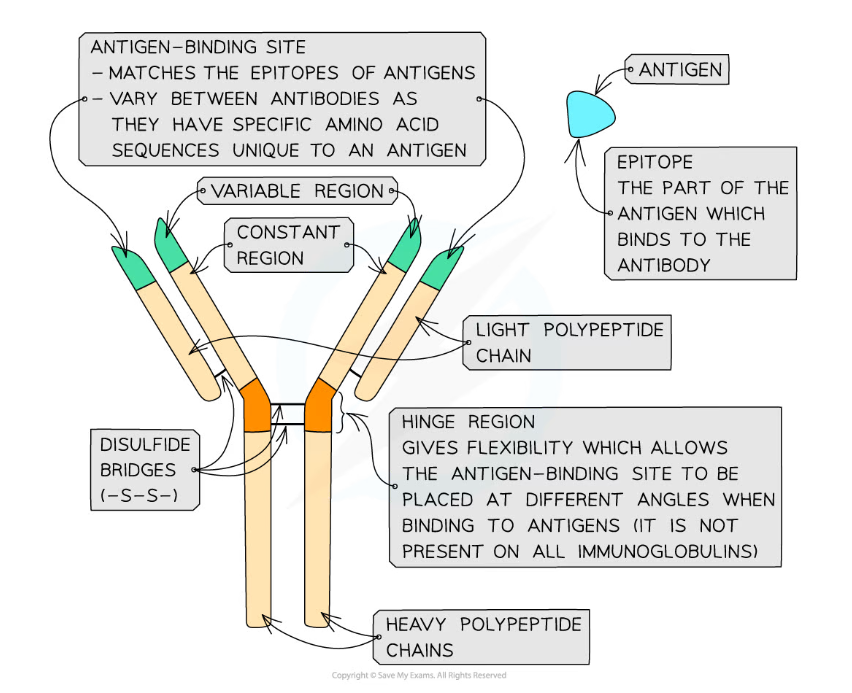 Antibodies are Y-shaped molecules consisting of four polypeptide chains. Note that the term epitope here refers to the part of the antigen that is recognised by the immune system; the variable regions of the antibody are complementary to the epitope of the antigen, allowing them to bind.

Antibodies cause agglutination, which makes it difficult for the pathogens to infect host cells. This also makes it easier for the phagocytes to engulf the trapped pathogens