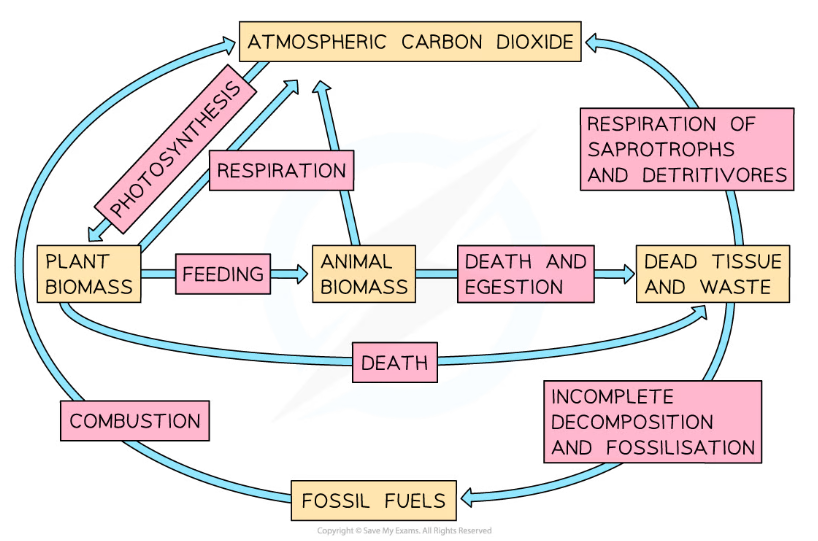 Microorganisms use biological molecules within dead tissue to fuel their respiration, releasing carbon back into the atmosphere as they do so