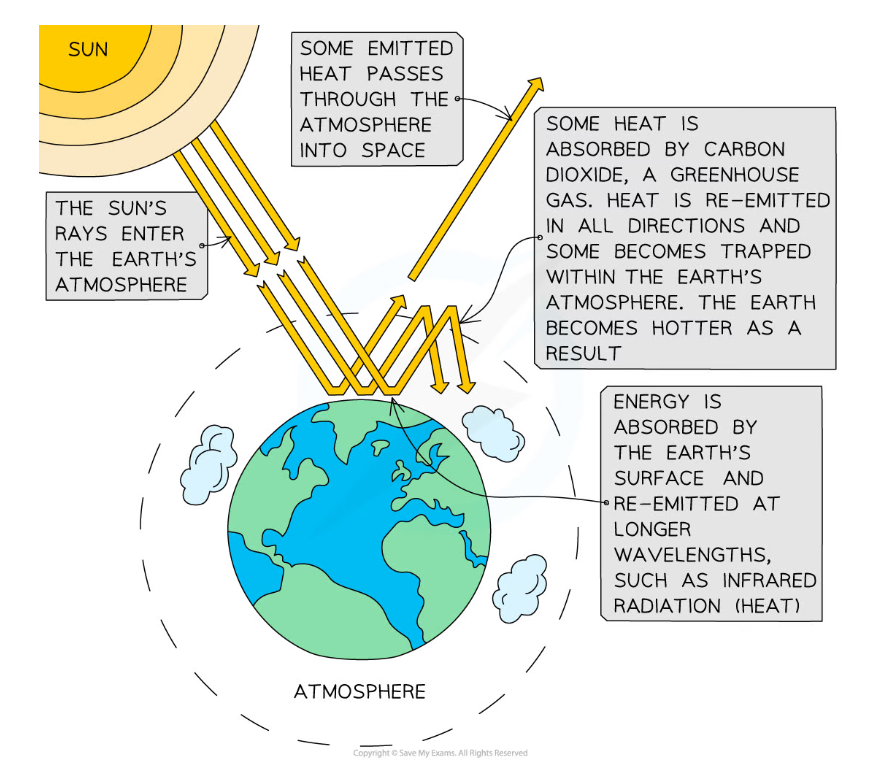 Greenhouse gases absorb radiation re-emitted from the earth's surface, trapping it in the atmosphere 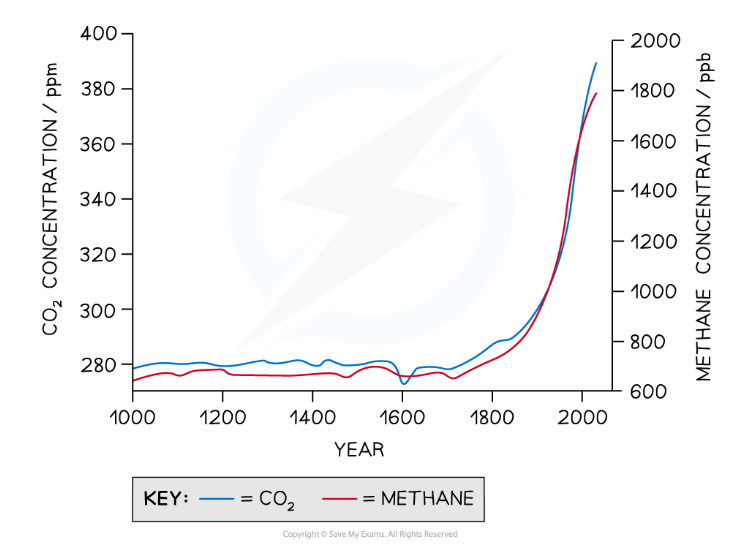 Atmospheric concentrations of both carbon dioxide and methane have increased since the industrial revolution due to human activities.  Note that ppm = parts per million and ppb = parts per billion.

The graph below shows changes in average global temperatures and atmospheric carbon dioxide concentrations since the year 1000; describe the data and explain what can be concluded from the graph 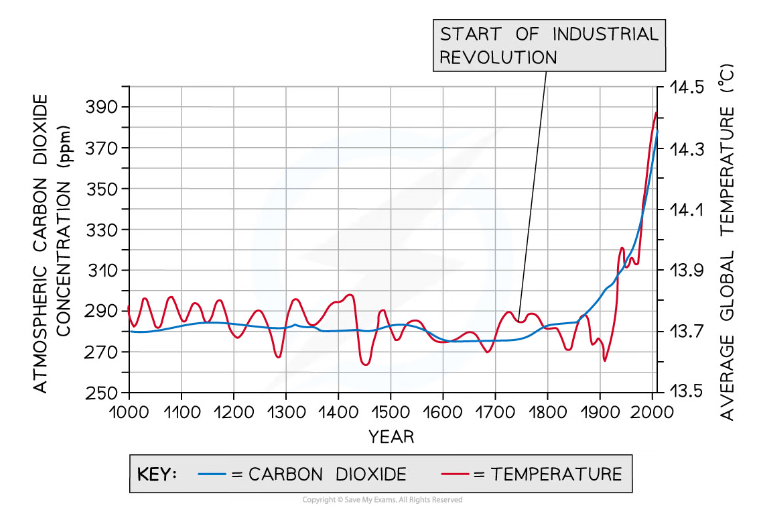 Average global temperatures have increased from around 13.8