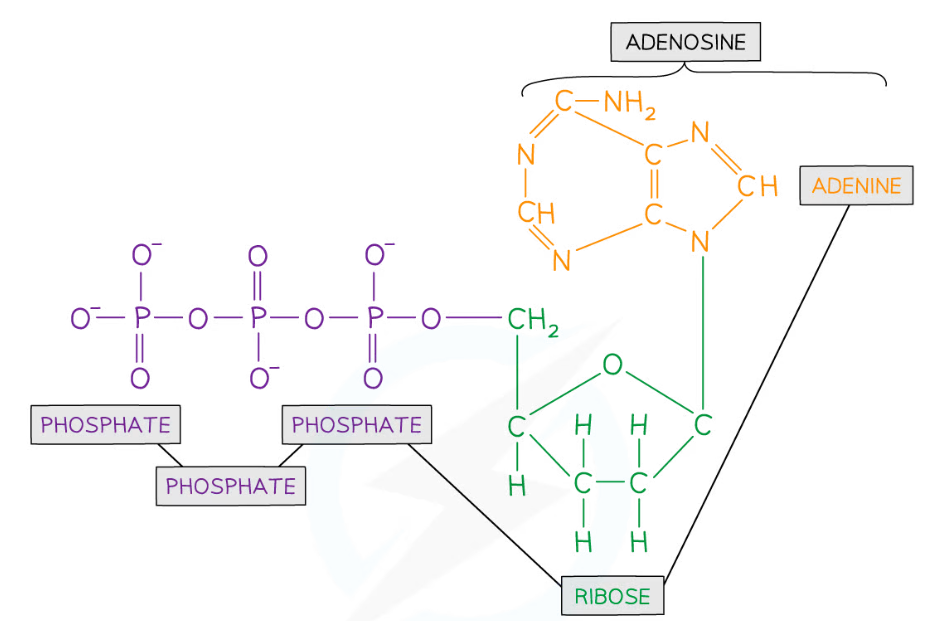 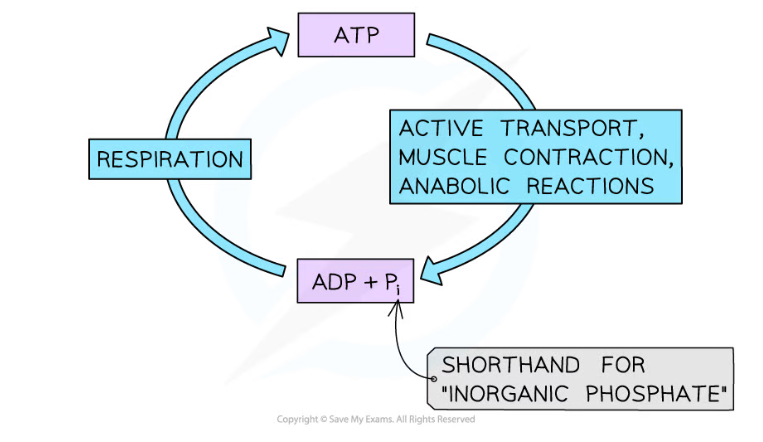 ATP is formed during respiration and can be hydrolysed to release energy for processes such as active transport, muscle contraction, and building new molecules (anabolic reactions). ATP can then be regenerated from ADP and phosphate.