Primary succession occurs in a series of stages 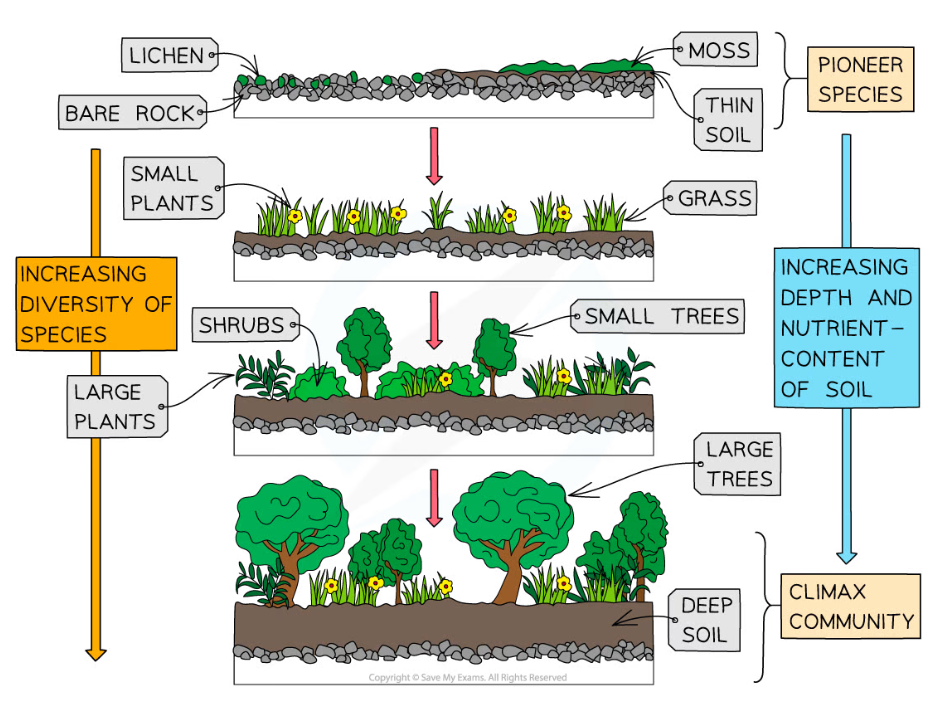 Primary succession is the process of ecosystem change over time, beginning with newly formed or newly exposed land

You could be presented with an example of succession other than the one provided here e.g. succession on a sand dune. As long as you understand the principles of the stages of succession you should be able to apply your knowledge to any example that an exam question might throw at you.