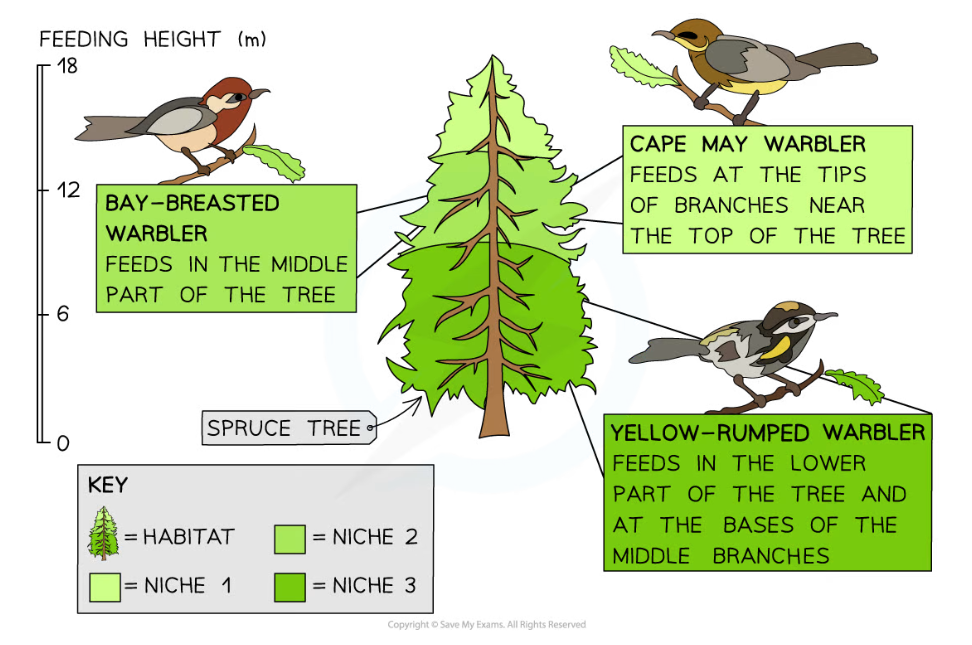 Feeding location is an example of a feature that may differ between niches.