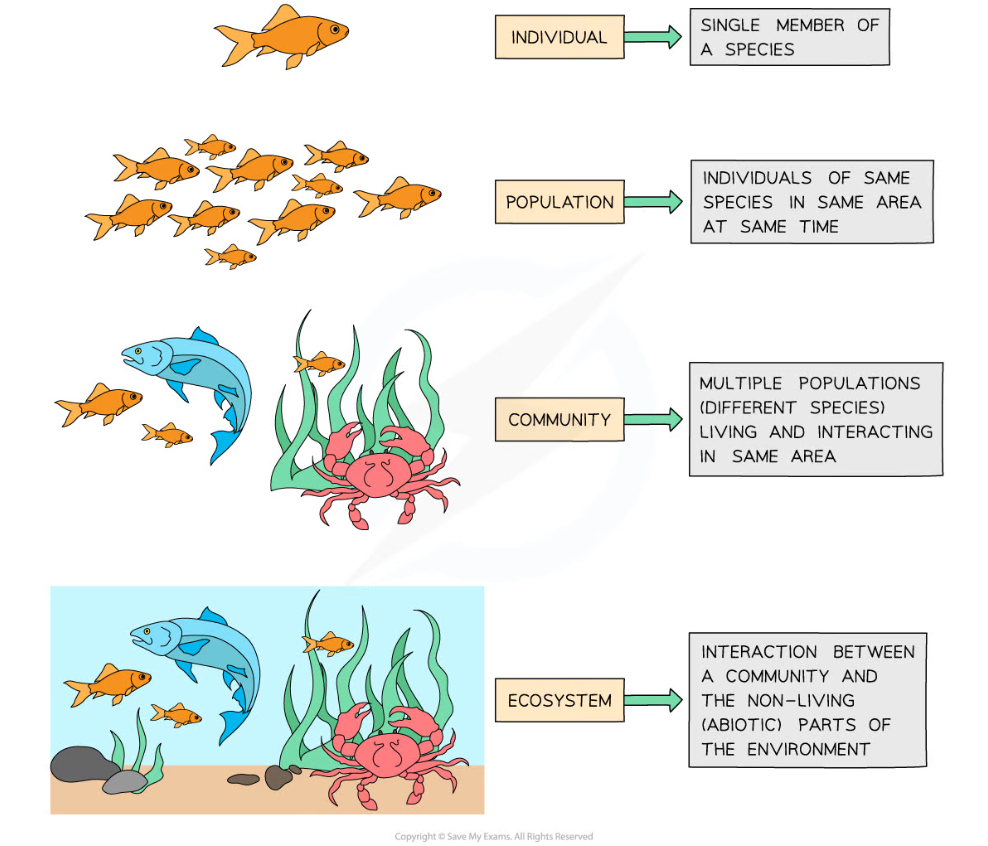 Individual members of a species together in a habitat form a population, populations interact within a community, and communities interact with each other and with non-living components of their habitat to form an ecosystem.