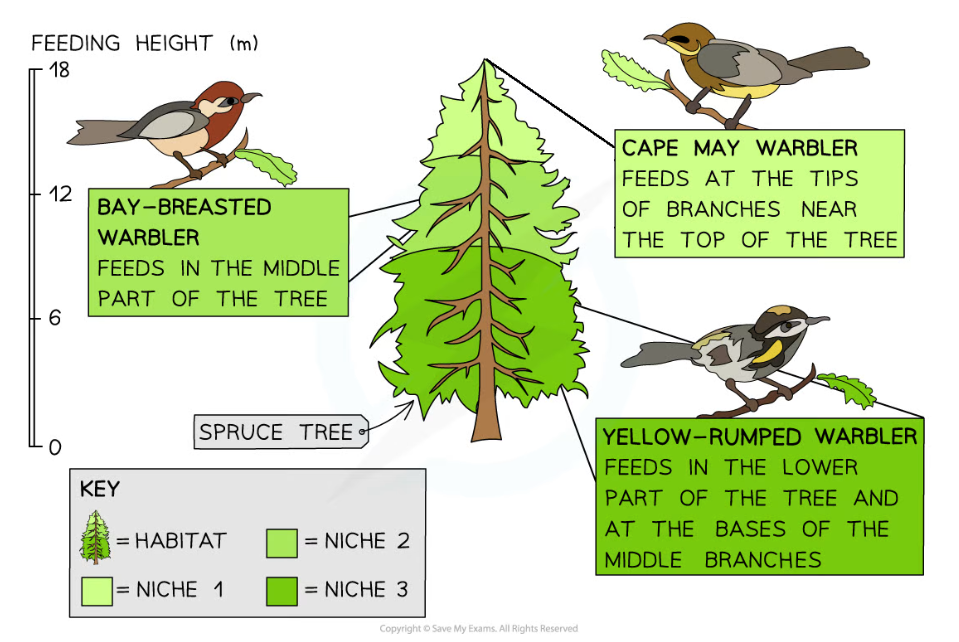 Although it appears as though these birds share the same niche, they spend their time eating in different parts of spruces and other conifer trees

Adaptations to abiotic and biotic conditions 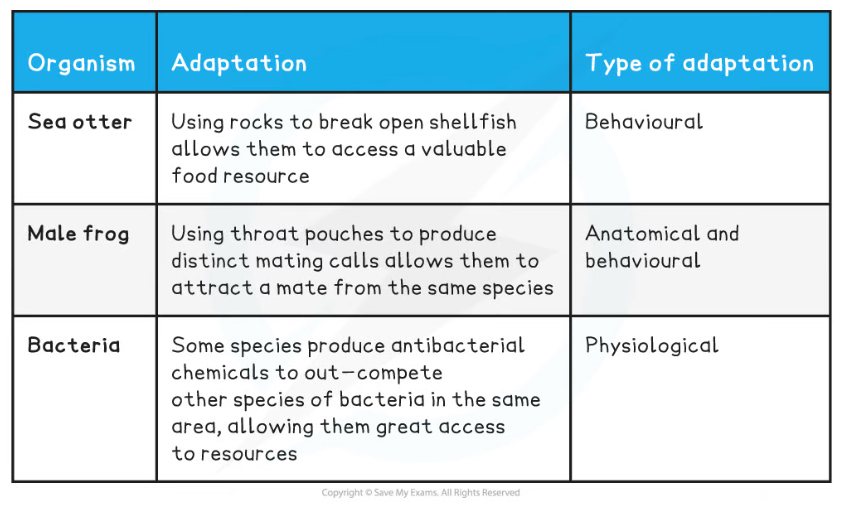