Using a quadrat to investigate population size or distribution 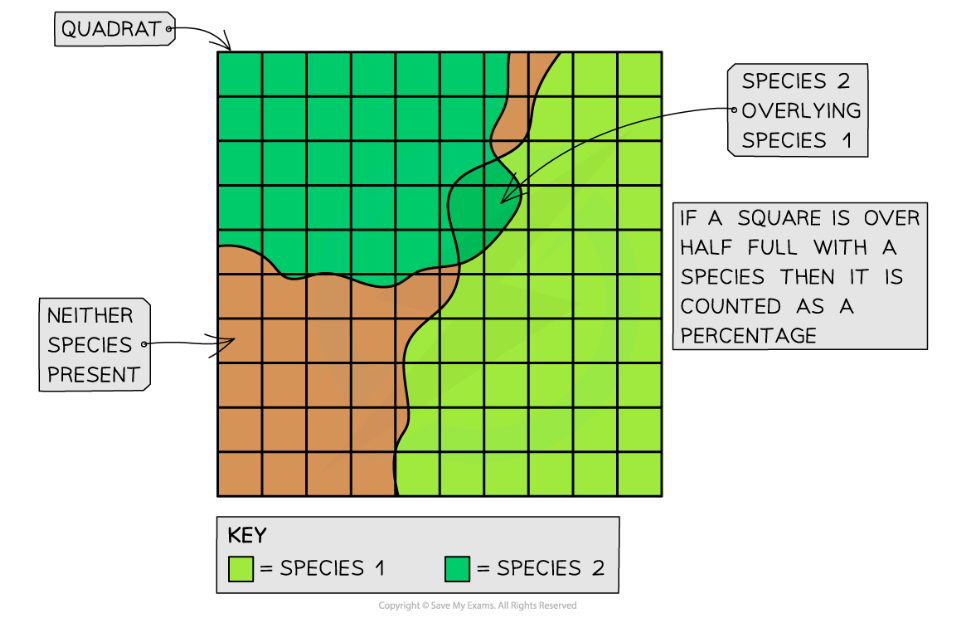 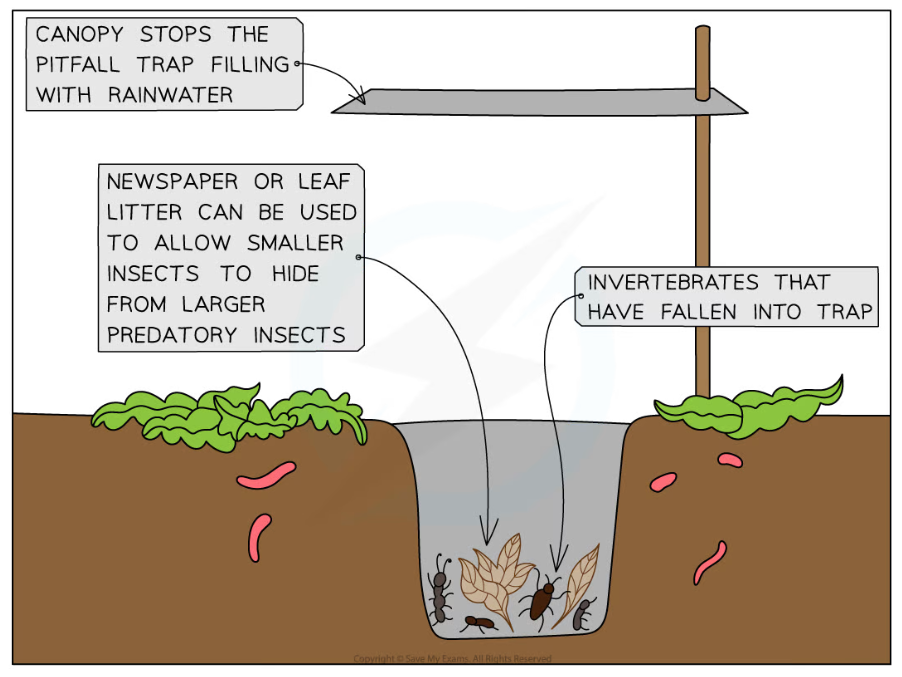 Example of how a pitfall trap can be used

Example of how kick-sampling is done

Measuring genetic diversity within a species

In pea plants the gene controlling seed shape exist in two forms: Allele R codes for round seeds and is dominant over allele r which codes for wrinkled seeds. It is found that within a population of 620 pea plants, there are 350 heterozygous (Rr) individuals.

Calculate the heterozygosity index for the pea plants at the locus for seed shape.