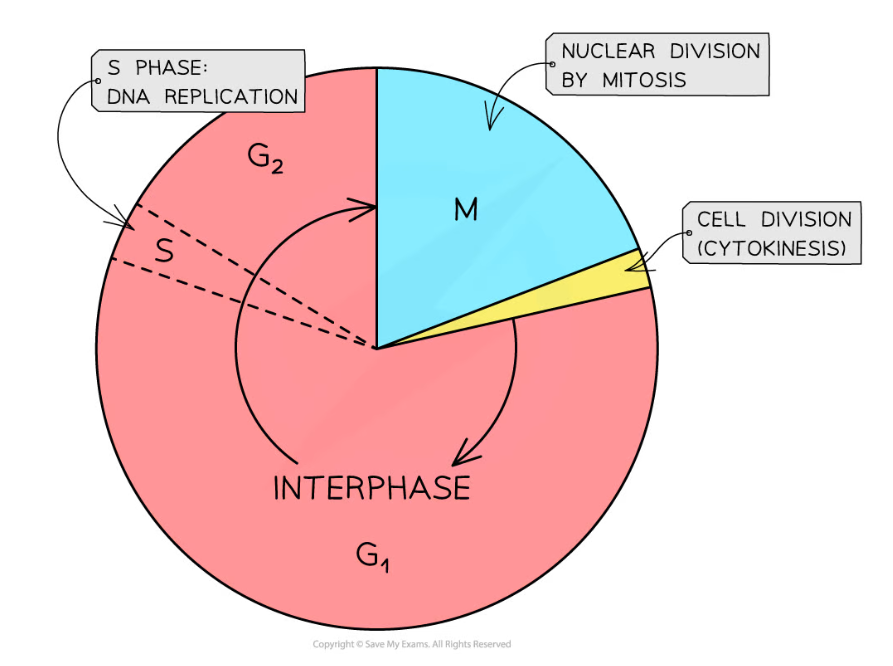 The stages of the cell cycle

Make sure you know the order of the phases of the cell cycle but also what specifically occurs during the different phases. Don’t forget, interphase is itself made up of three distinct stages (G1, S and G2) and you need to know what happens during each of these.

For example, an exam question might ask you to identify the stage of the cell cycle during which a cell would be producing the most mRNA molecules and explain why. The correct answer would be the G1 phase, as this is when protein synthesis is occurring and the production of mRNA occurs during transcription (the first part of protein synthesis).