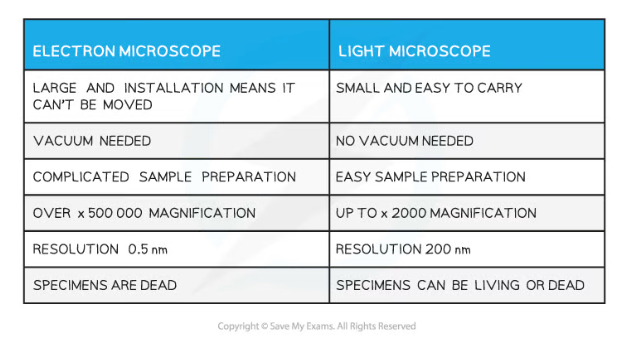 Organelles under the electron microscope 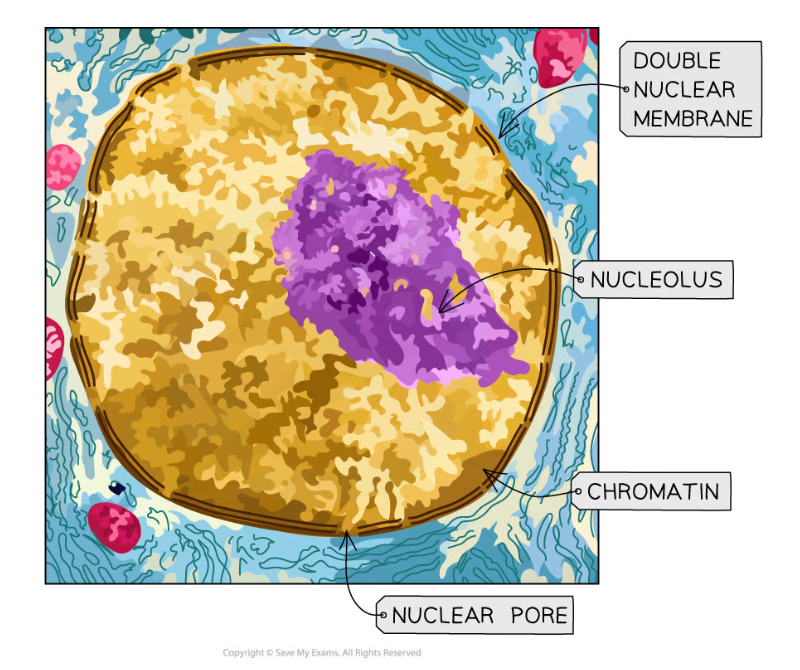 A stained TEM microscope of the nucleus. It is clear this is a TEM micrograph as the image is 2D and in high resolution 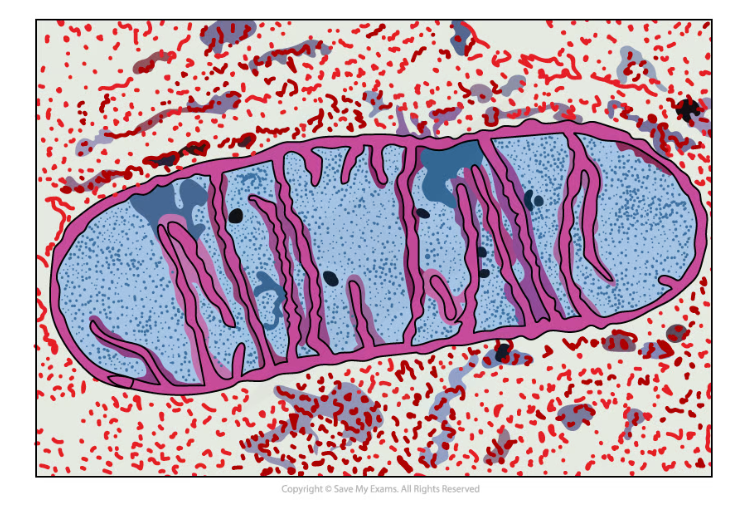 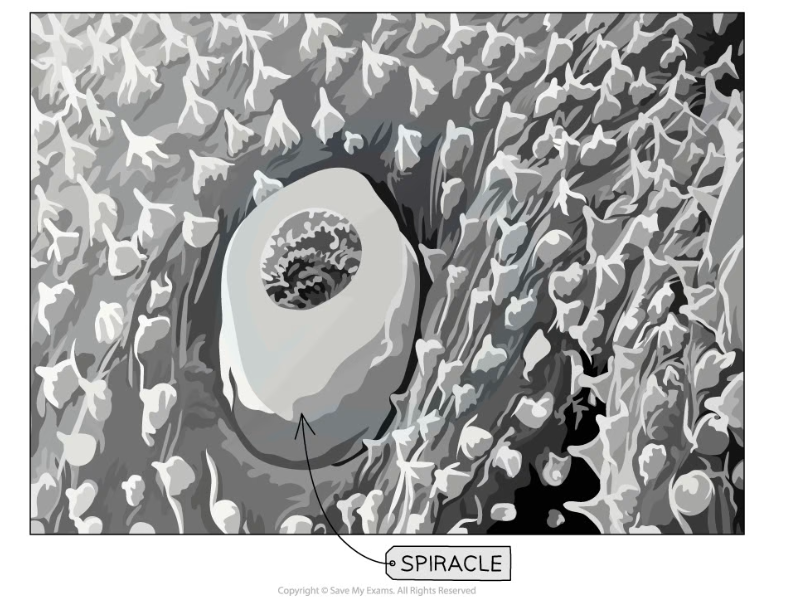 A SEM of a spiracle (part of an insect). You can tell this is a SEM micrograph as the image is 3D A TEM of a prokaryote cell and its associated drawing 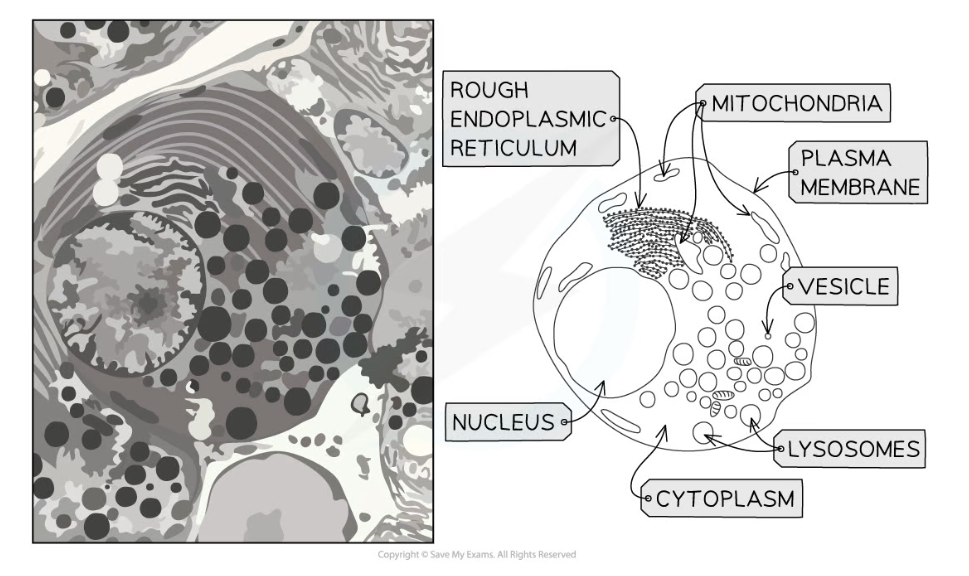 A TEM of a eukaryotic cell and its associated drawing

You need to be able to recognise organelles from electron microscope images; cells in real life are not always as easy to observe as cells in diagrams, so be sure to get practice at looking at electron micrographs of cells