An experiment was carried out investigating the inheritance of two genes in rabbits; one for coat colour and one for ear length. A dihybrid cross revealed the expected ratio of phenotypes to be 9 : 3 : 3 : 1. Several rabbits with the heterozygous genotype were bred together and the phenotypes of all the offspring were recorded. The ratio of the offspring was not exactly what was predicted. In order to determine whether this was due to chance or for some other reason, the chi-squared test was used. 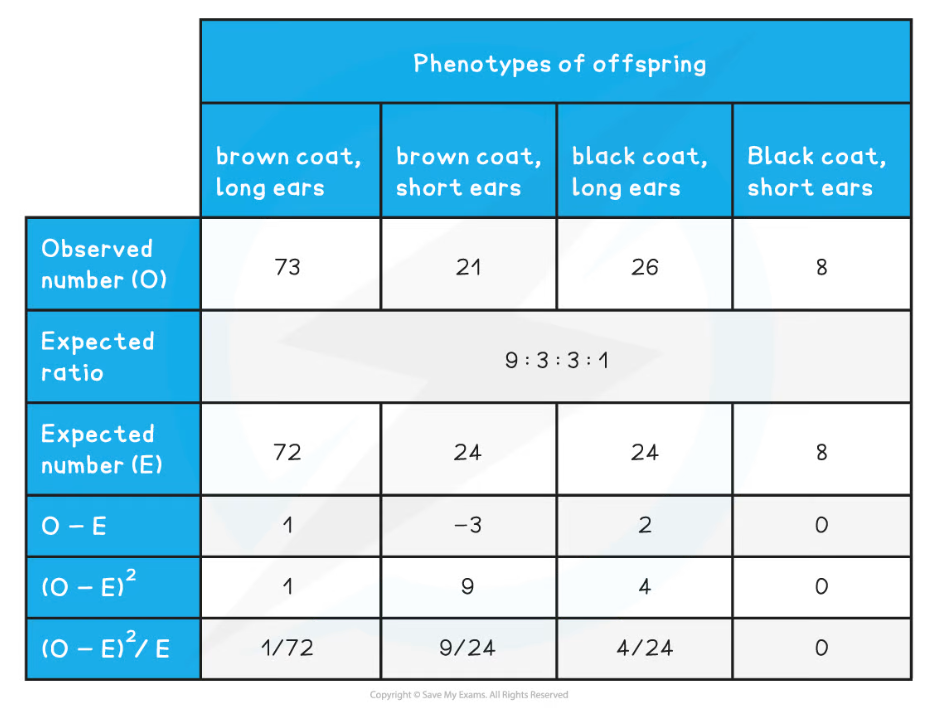 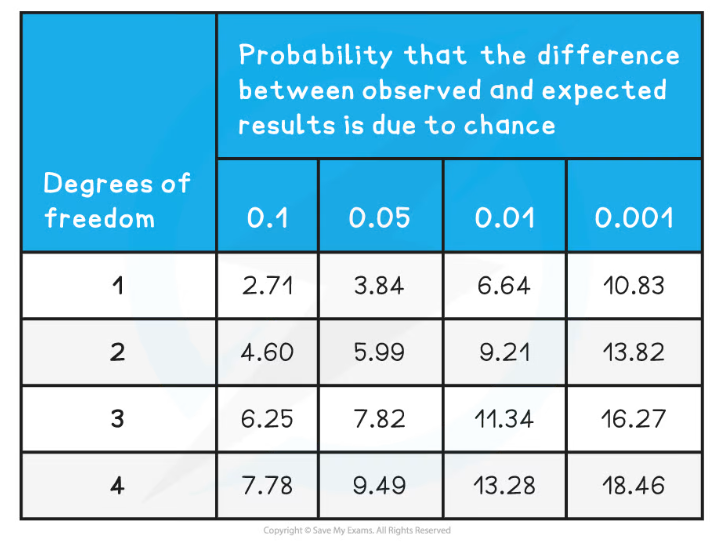 When calculating a chi-squared value it is very helpful to create a table like the one seen in the worked example. This will help you with your calculations and make sure you don’t get muddled up! You should also be prepared to suggest reasons why results might be significantly different. For example, there could be linkage between the genes being analysed.