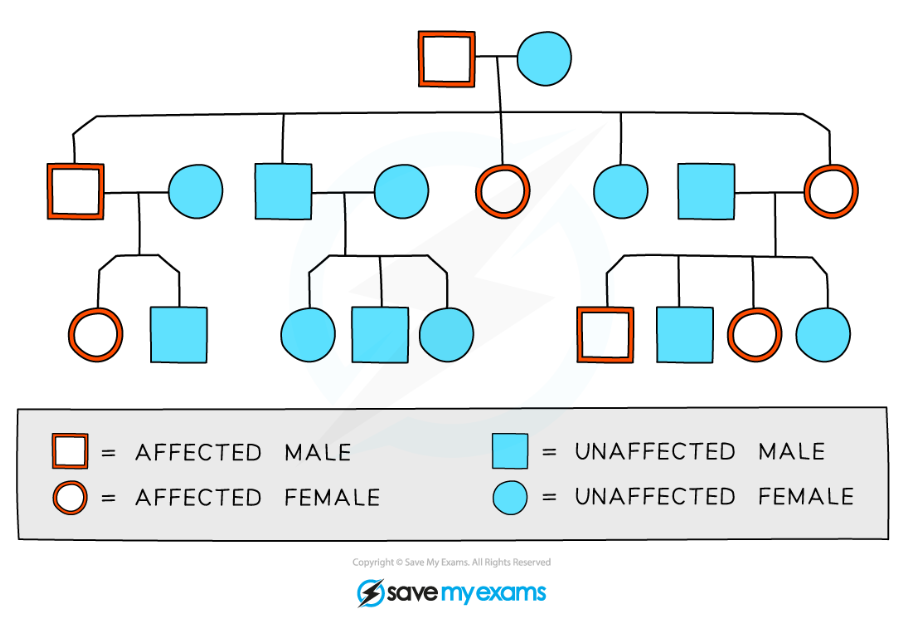 The pedigree diagram below traces the inheritance of albinism through several generations. Albinism affects the production of the pigment melanin leading to lighter hair, skin and eyes.

Using the pedigree chart, deduce and explain the following:

Albinism is caused by a recessive allele

Person 9 is an affected individual with albinism; as this is determined by the recessive allele they must have two copies of the albinism allele

They are both unaffected individuals so must possess at least one dominant allele (A), however, it is possible that they each might have inherited a recessive allele (a) from one parent (both parents must have a copy of the recessive allele in order for person 9 to have albinism)

When answering questions about pedigree charts for genetic diseases, it is always useful to remember which phenotype is caused by the homozygous recessive genotype. You can write these genotypes onto your chart and it will give you a good starting point for working out the possible genotypes of the rest of the individuals in the chart.