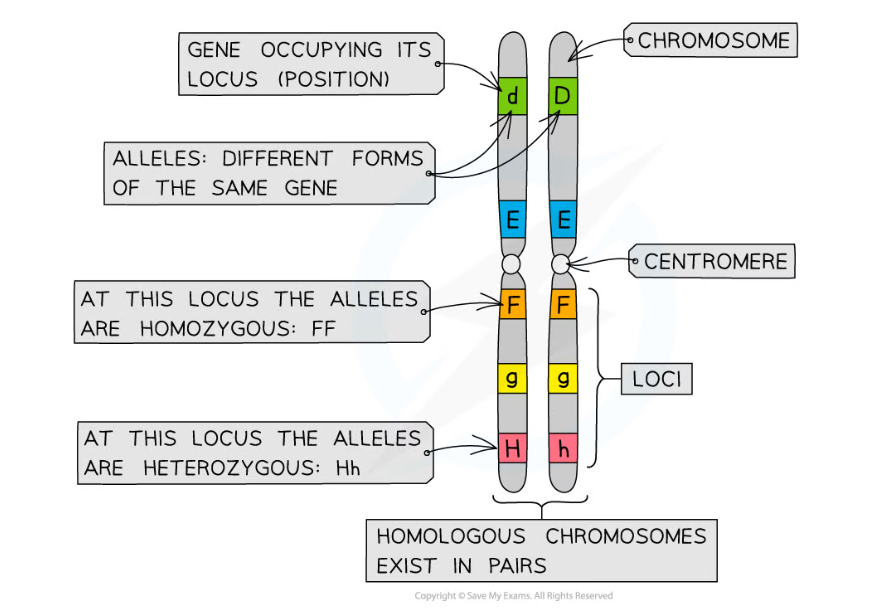 Chromosomes match up to form homologous pairs which have the same genes at the same loci. While the genes are the same, the alleles may be different, meaning that individuals can be either homozygous or heterozygous at a particular locus.