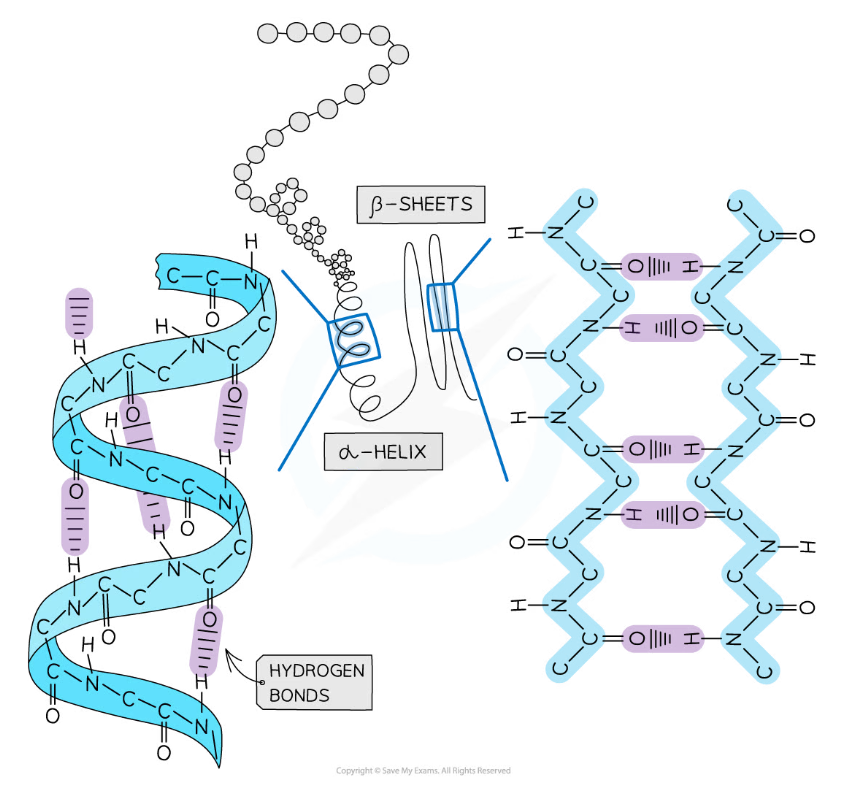 The secondary structure of a protein with the α-helix and β-pleated sheet shapes highlighted. The magnified regions illustrate how the hydrogen bonds form between the peptide bonds 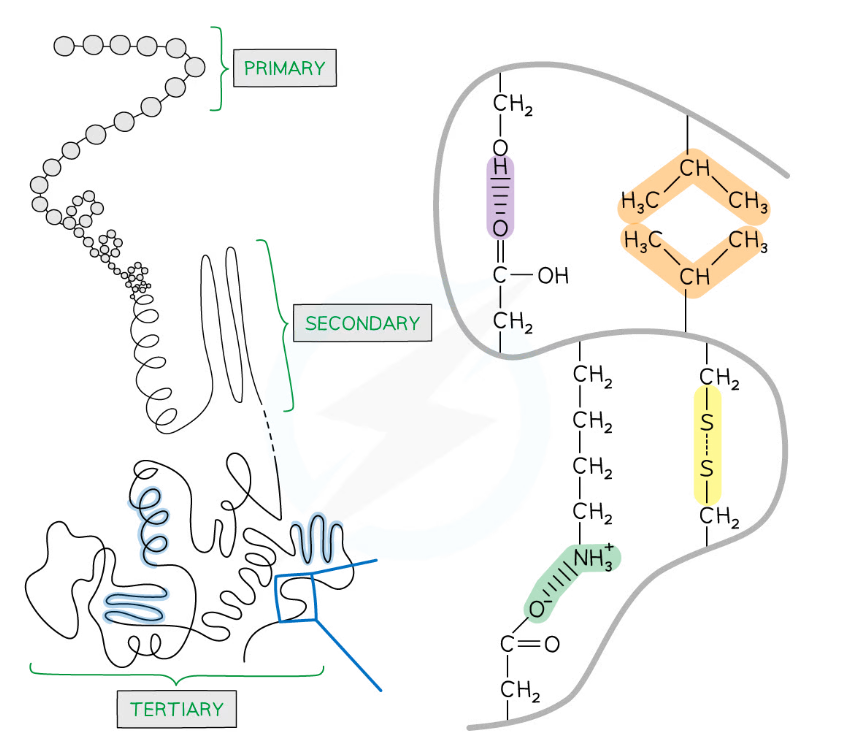 The 3D tertiary structure of proteins with hydrogen bonds, ionic bonds, disulphide bonds and hydrophobic interactions formed between the R groups of the amino acids 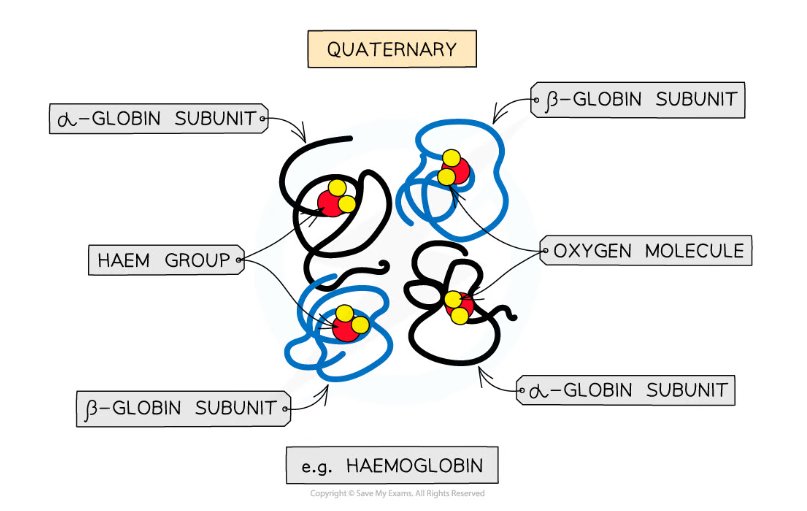 The quaternary structure of a protein. This is an example of haemoglobin which contains four subunits (polypeptide chains) working together to carry oxygen

Summary of Bonds in Proteins Table