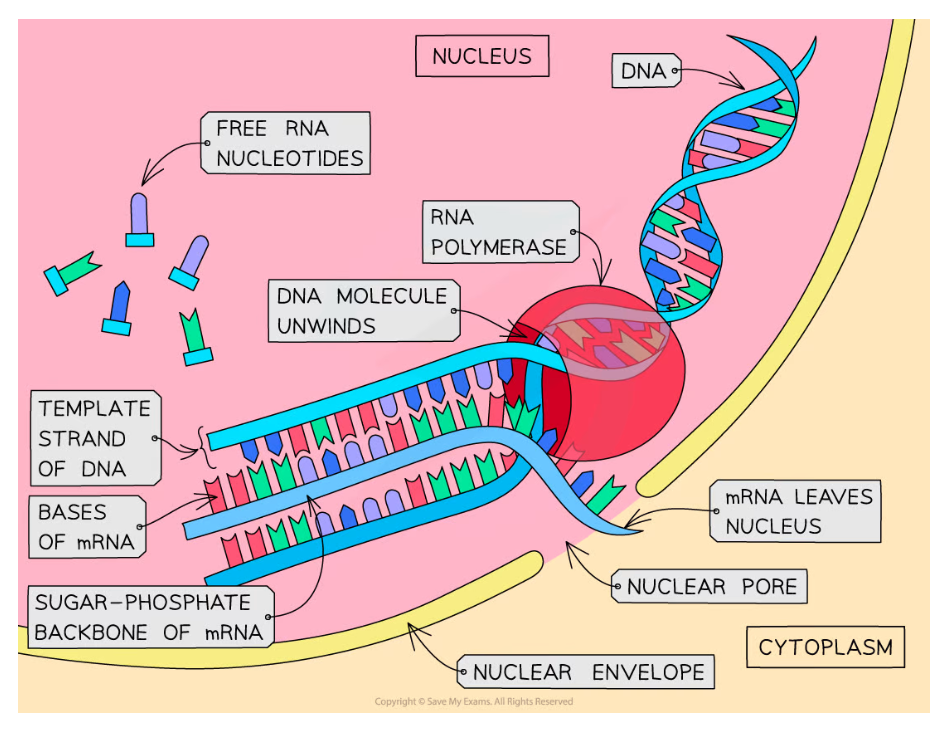 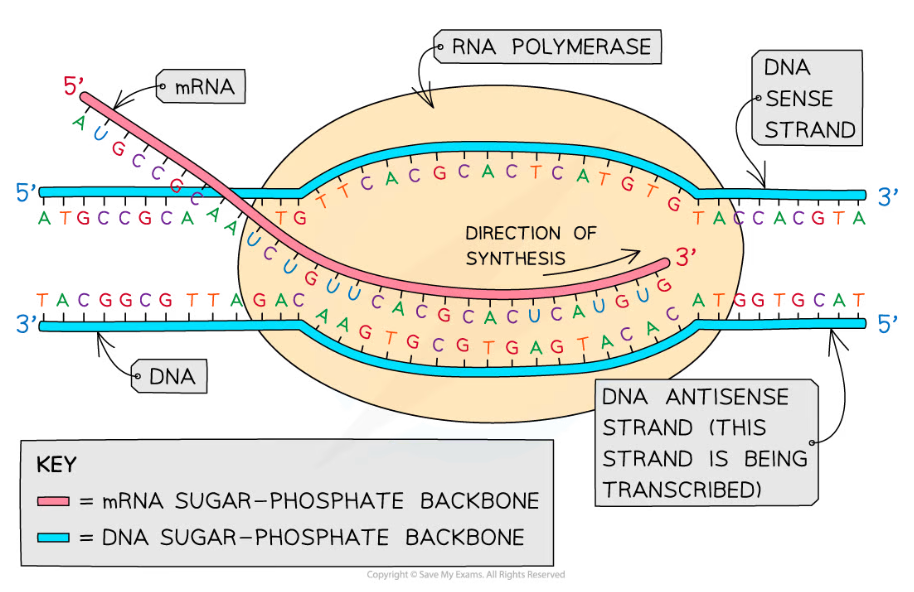 Note the use of sense and anti-sense strands in transcription can be replaced with non-transcribed and transcribed/template strands respectively.

The mRNA strand will have the same base sequence as the sense strand except on RNA the base Uracil replaces Thymine from the DNA strand.