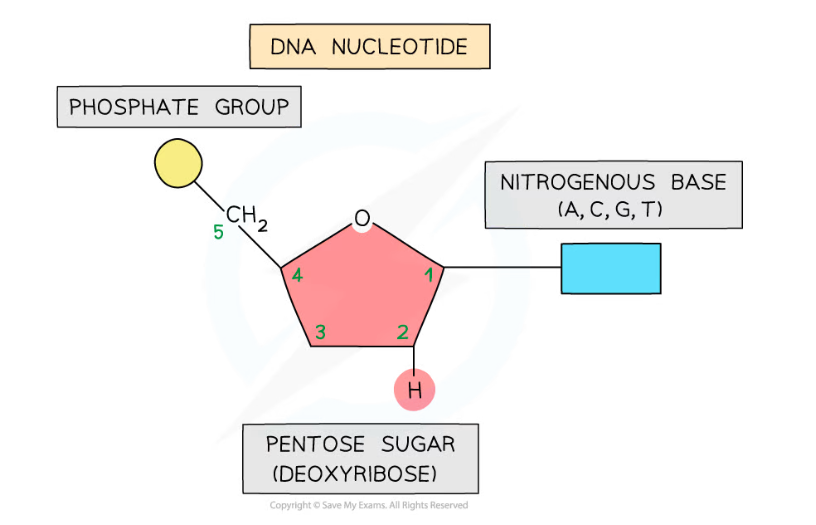 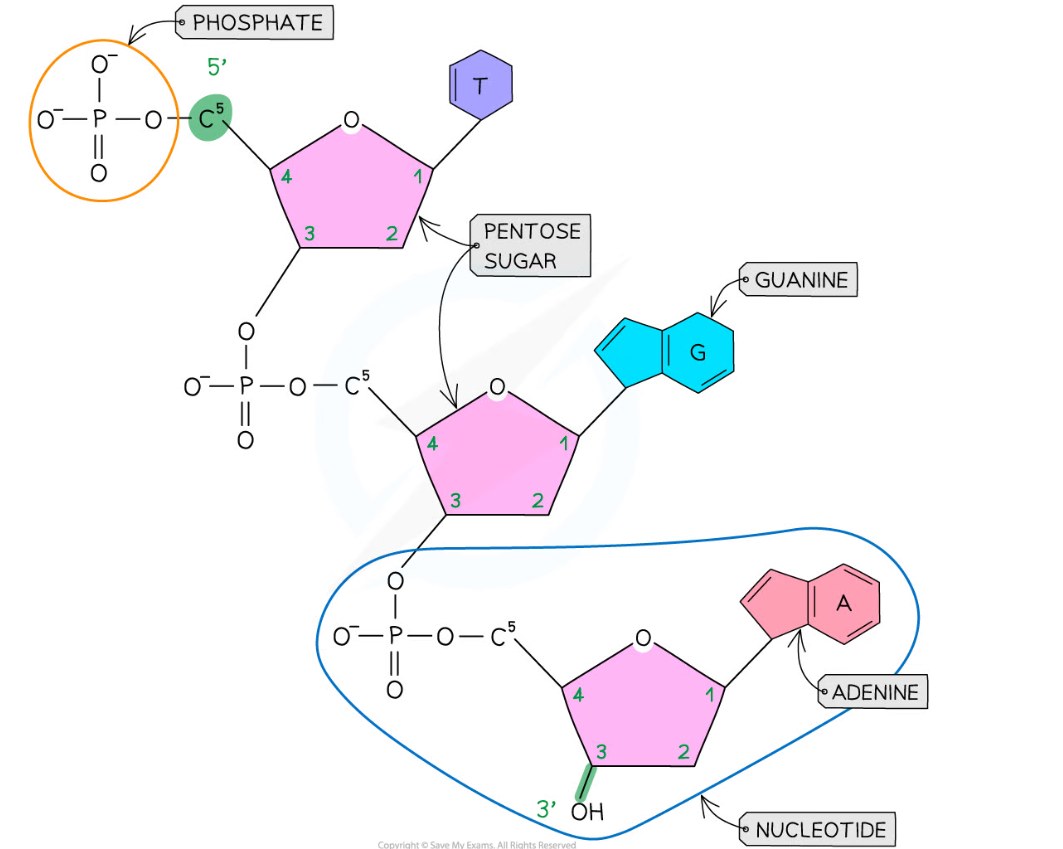 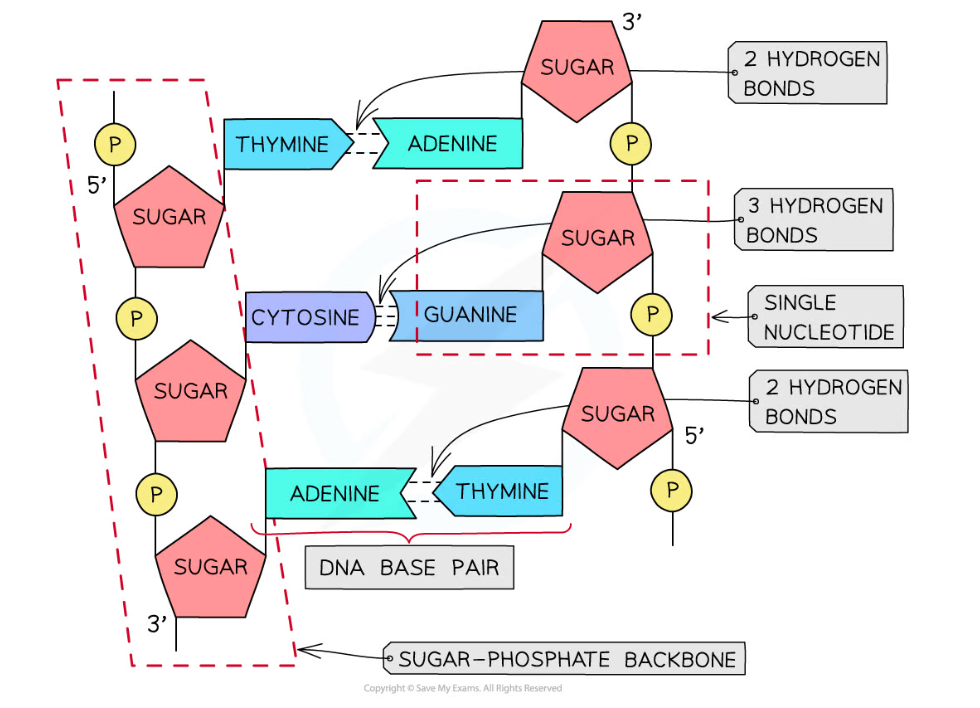 A section of DNA showing hydrogen bonding between base pairs 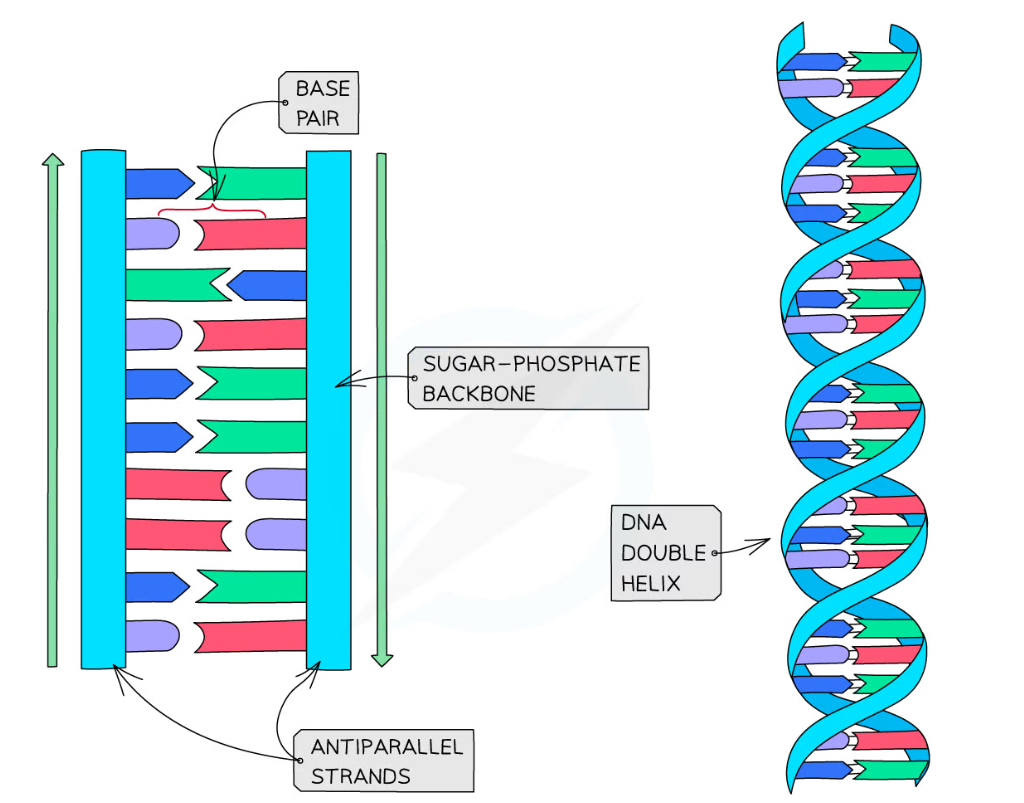 Make sure you can name the different components of a DNA molecule (sugar-phosphate backbone, nucleotide, complementary base pairs, phosphodiester bonds, hydrogen bonds) and make sure you are able to locate these on a diagram.

Remember that phosphodiester bonds join the nucleotides in the sugar-phosphate backbone, and hydrogen bonds join the bases of the two complementary strands together.

Remember that the bases are complementary, so the number of A = T and C = G. You could be asked to determine how many bases are present in a DNA molecule if given the number of just one of the bases.