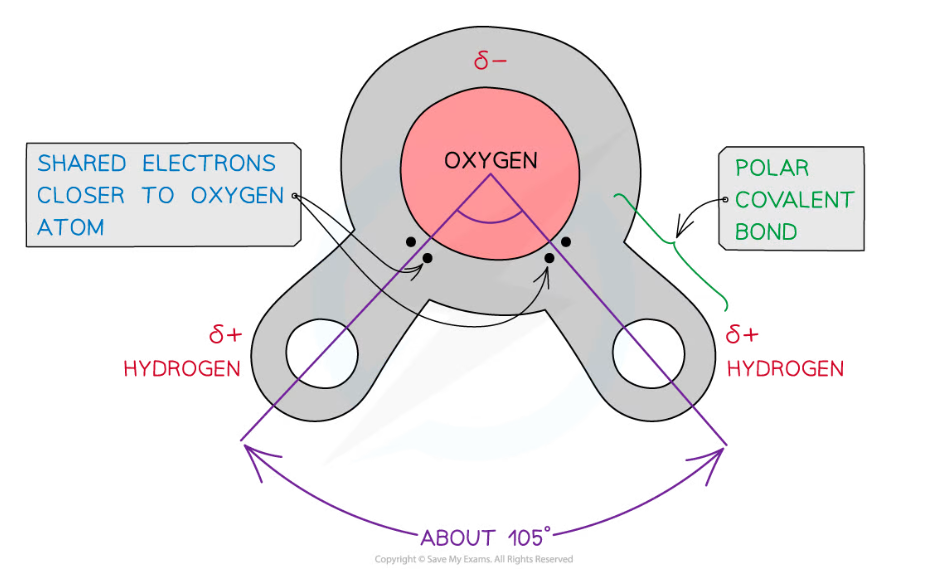 The covalent bonds of water make it a polar molecule 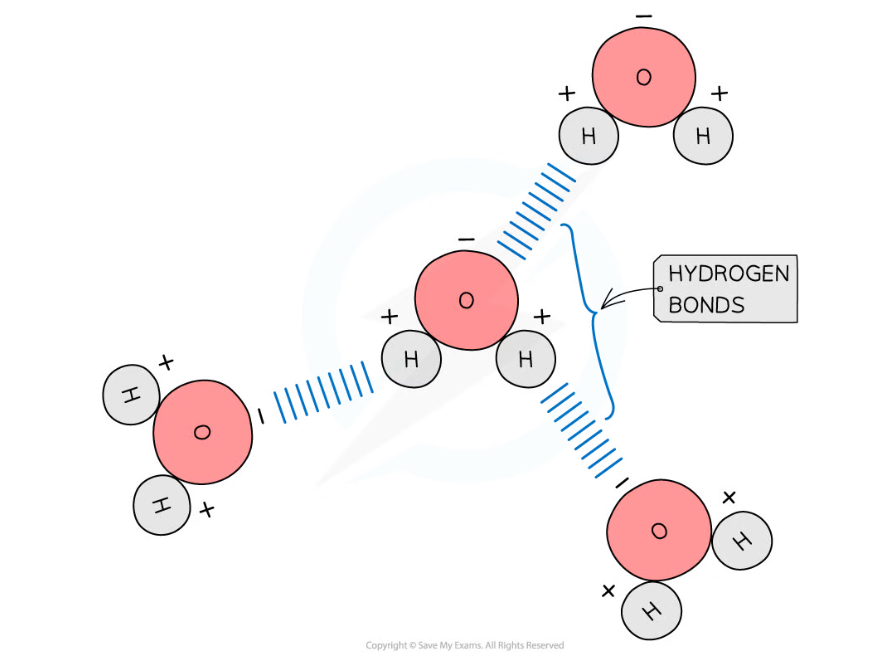 Examiners will often assess how structure relates to function, so it is important you know the structure of water and how its properties help it carry out its role, specifically with regards to transport.