In the diagram on the right, alpha particles are stopped by the smoke, preventing the flow of current and triggering the alarm

Measuring the Thickness of Materials

Beta particles can be used to measure the thickness of thin materials such as paper, cardboard or aluminium foil

Diagnosis and Treatment of Cancer

Radiation therapy to remove a tumour

Food that has been irradiated carries this symbol, called the Radura. Different countries allow different foods to be irradiated

Use the diagram to explain why is alpha radiation used in smoke detectors, and not beta or gamma radiation. 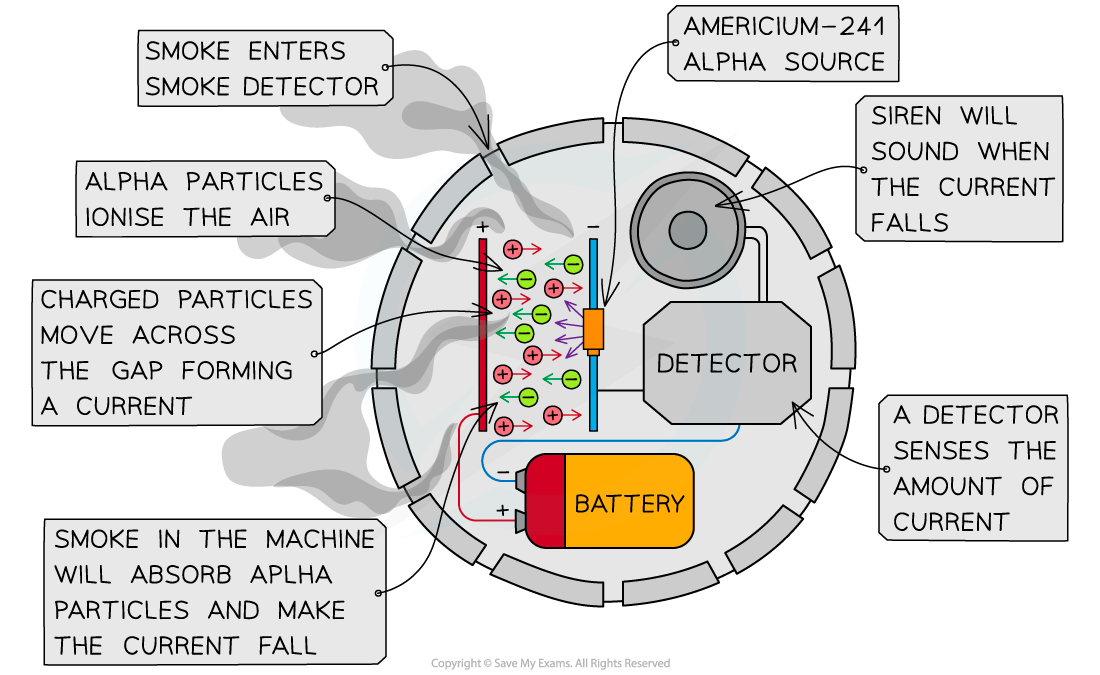 If you are presented with an unfamiliar situation in your exam don’t panic! Just apply your understanding of the properties of alpha, beta and gamma radiation. Mainly think about the range (how far it can travel) and ionising power of the radiation to help understand which radiation is used in which situation.