The effects of different forces on objects 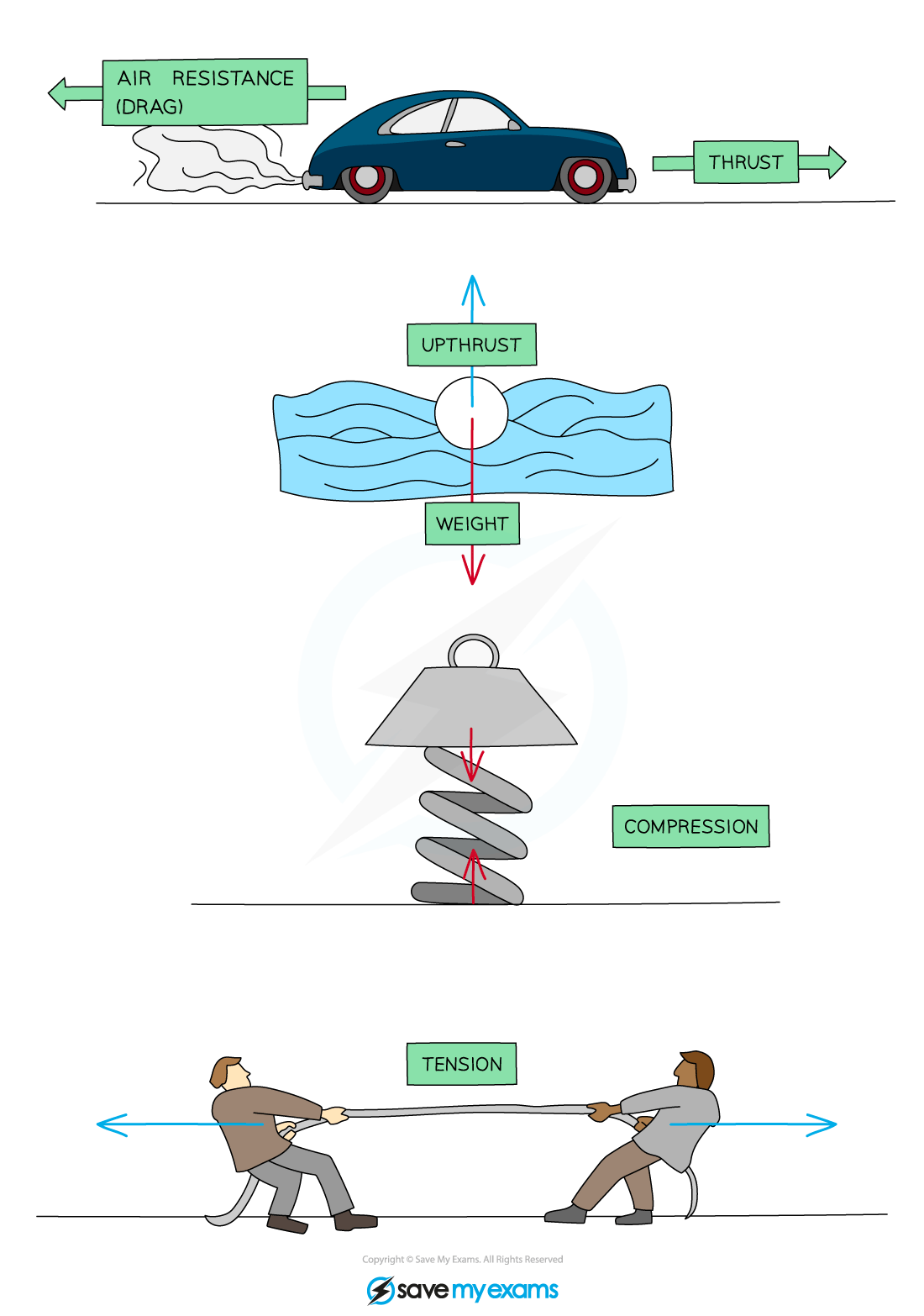 The force of gravity on an object is called its weight. Remember not to refer to this force as simply 'gravity', as this term can mean several different things and examiners will probably mark it as wrong.Similarly, when referring to air resistance, avoid using terms like 'wind resistance' (there is no such thing!) or 'air pressure', which is a different concept. Drag is an acceptable alternative to the force of air resistance.