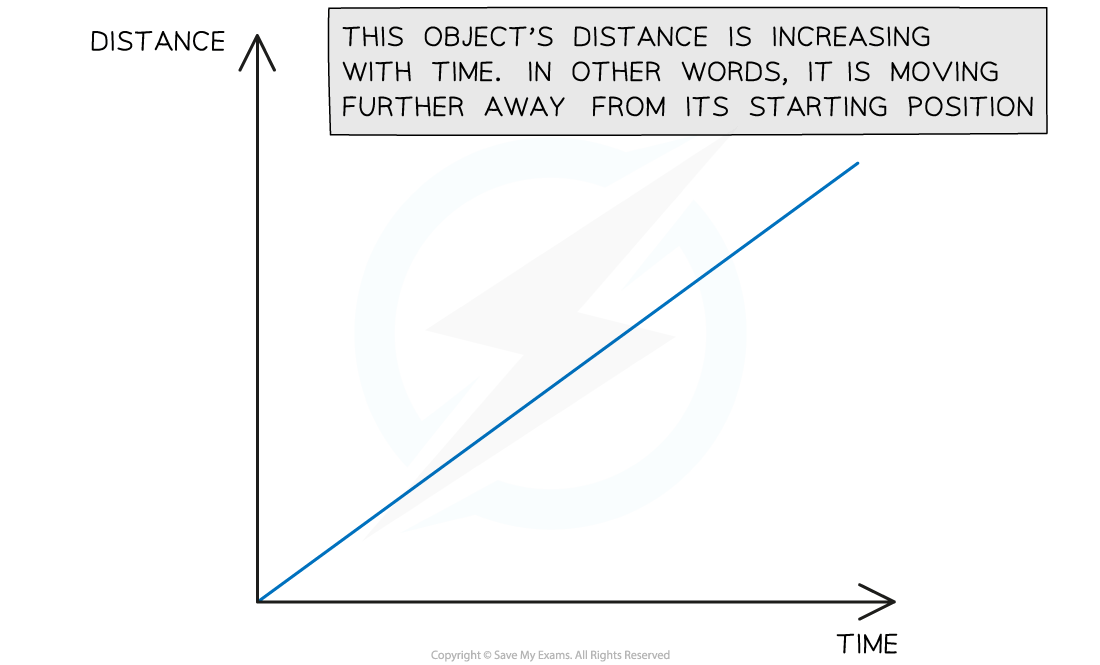 Constant Speed on a Distance-Time Graph 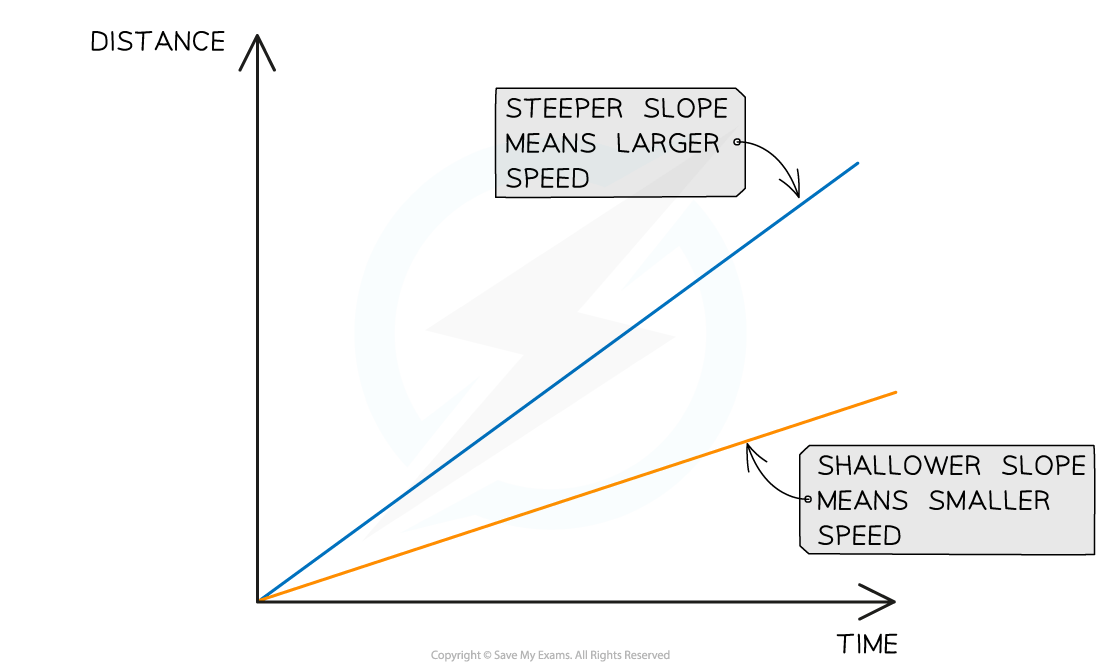 This graph shows how the slope of a line is used to interpret the speed of moving objects. Both of these objects are moving with a constant speed, because the lines are straight.

Changing Speed on a Distance-Time Graph 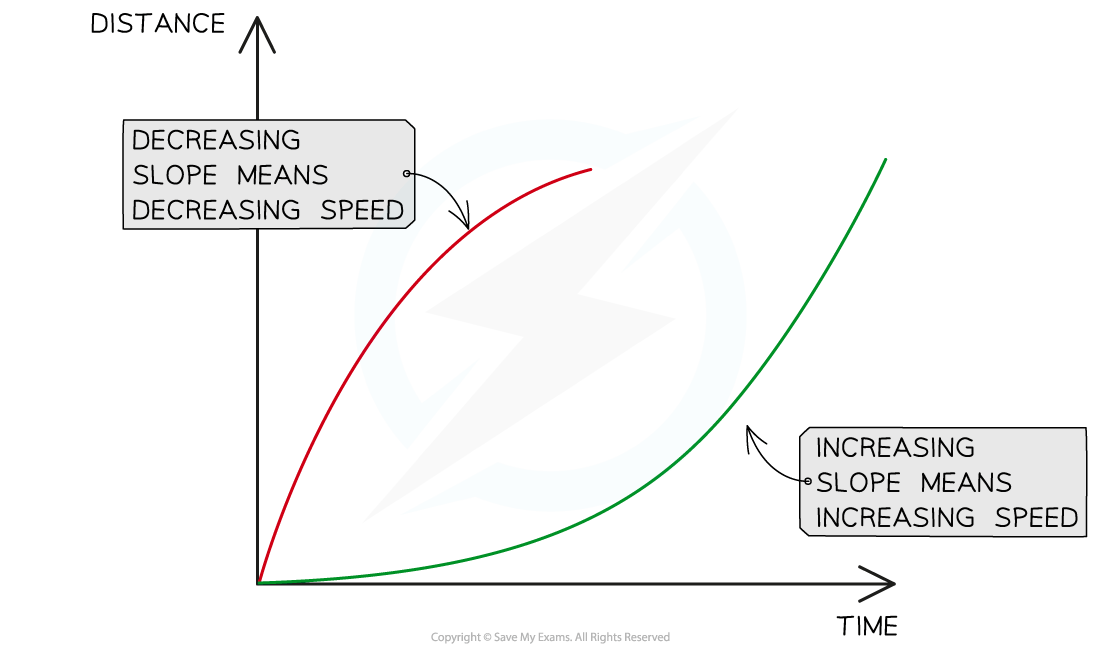 Gradient of a Distance-Time Graph 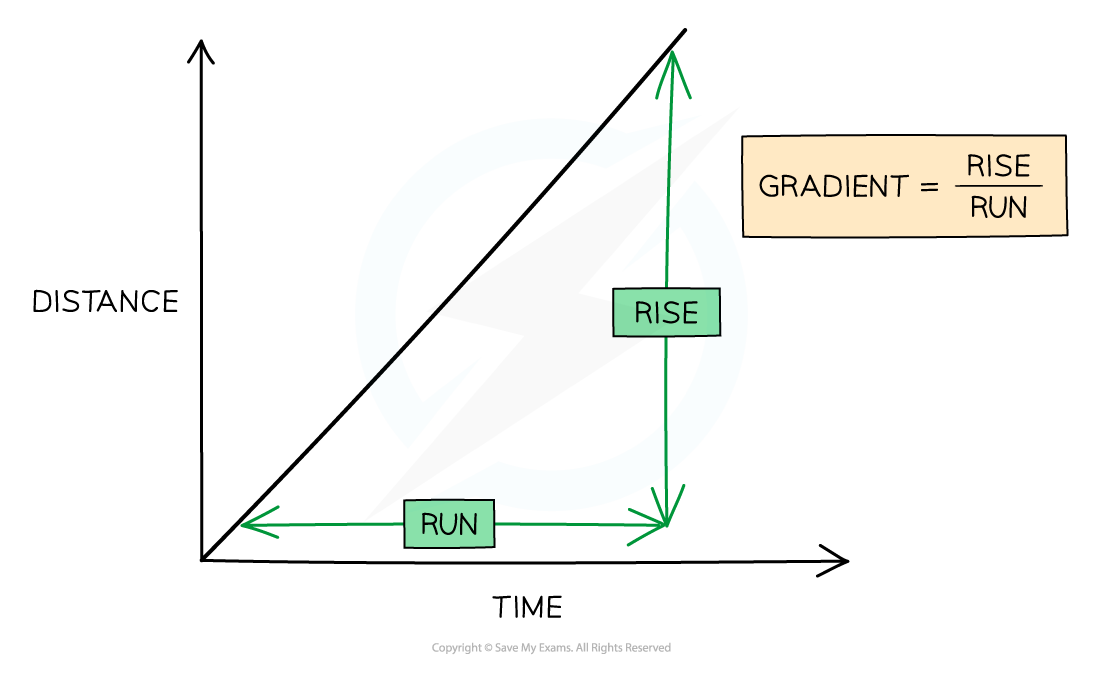 A distance-time graph is drawn below for part of a train journey. The train is travelling at a constant speed. 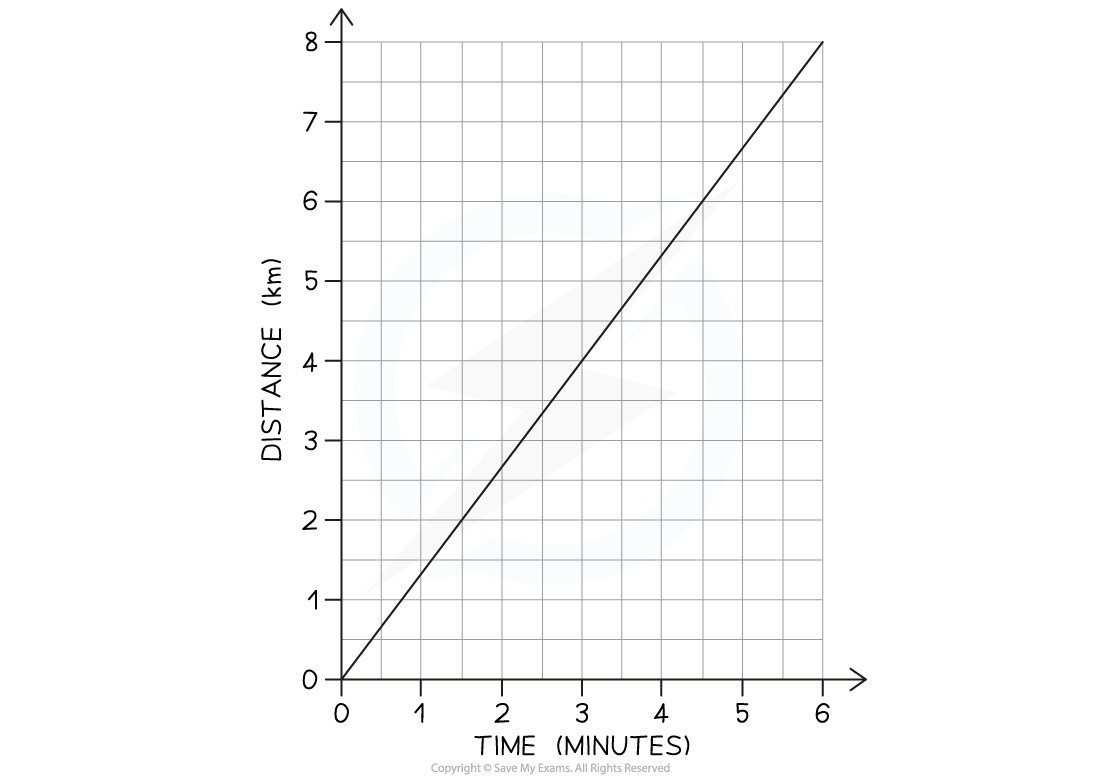 Calculate the speed of the train.

Step 1: Draw a large gradient triangle on the graph and label the magnitude of the rise and run 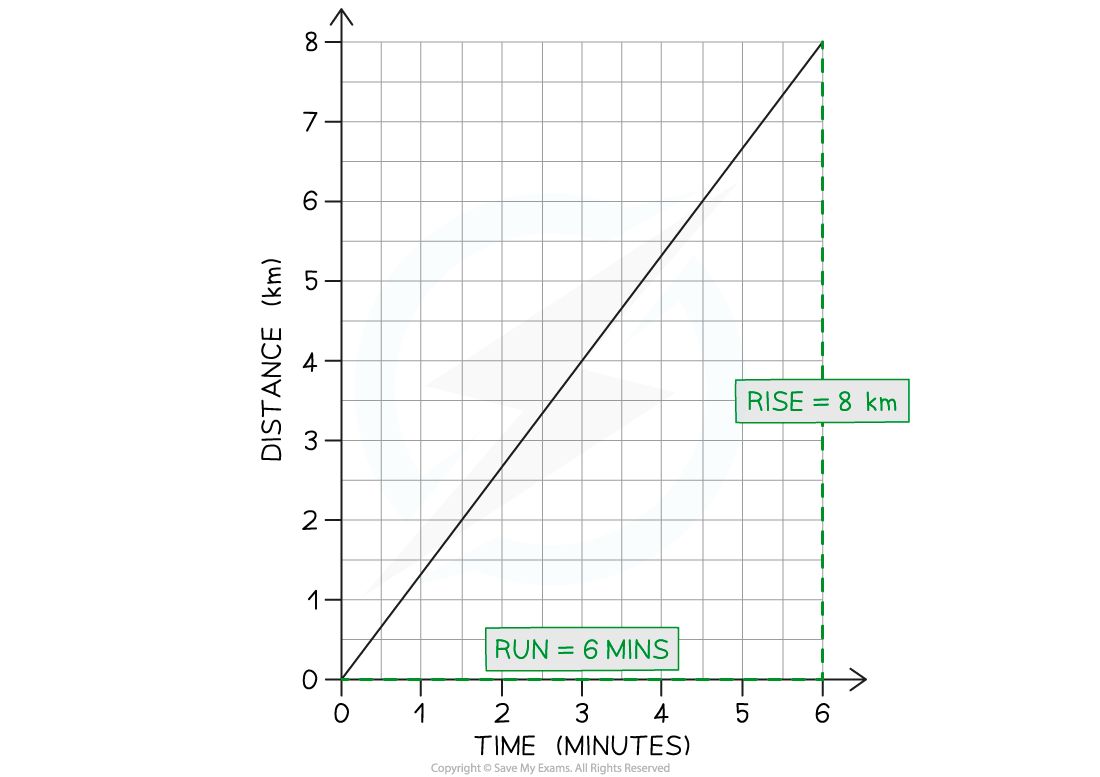 Step 2: Convert units for distance and time into standard units

Step 3: State that speed is equal to the gradient of a distance-time graph

Step 4: Substitute values in to calculate the speed

Ose decides to take a stroll to the park. He finds a bench in a quiet spot and takes a seat, picking up where he left off reading his book on Black Holes.After some time reading, Ose realises he lost track of time and runs home.A distance-time graph for his trip is drawn below: 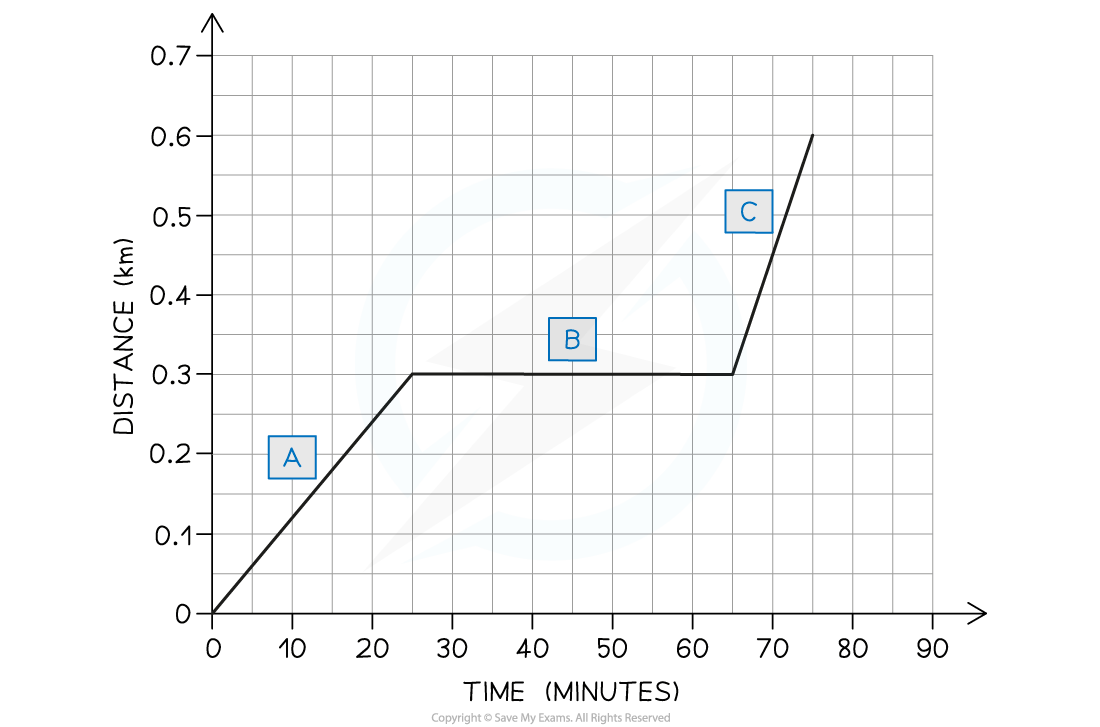 a) How long does Ose spend reading his book?There are three sections labelled on the graph: A, B and C.b) Which section represents Ose running home?

c) What is the total distance travelled by Ose? 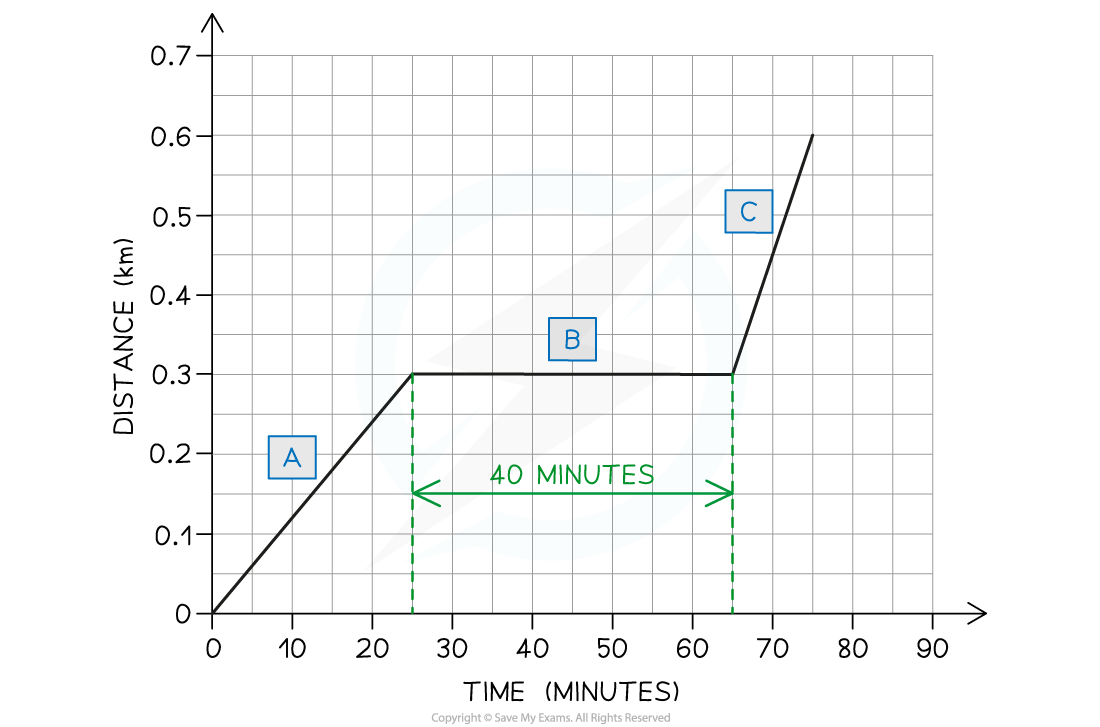 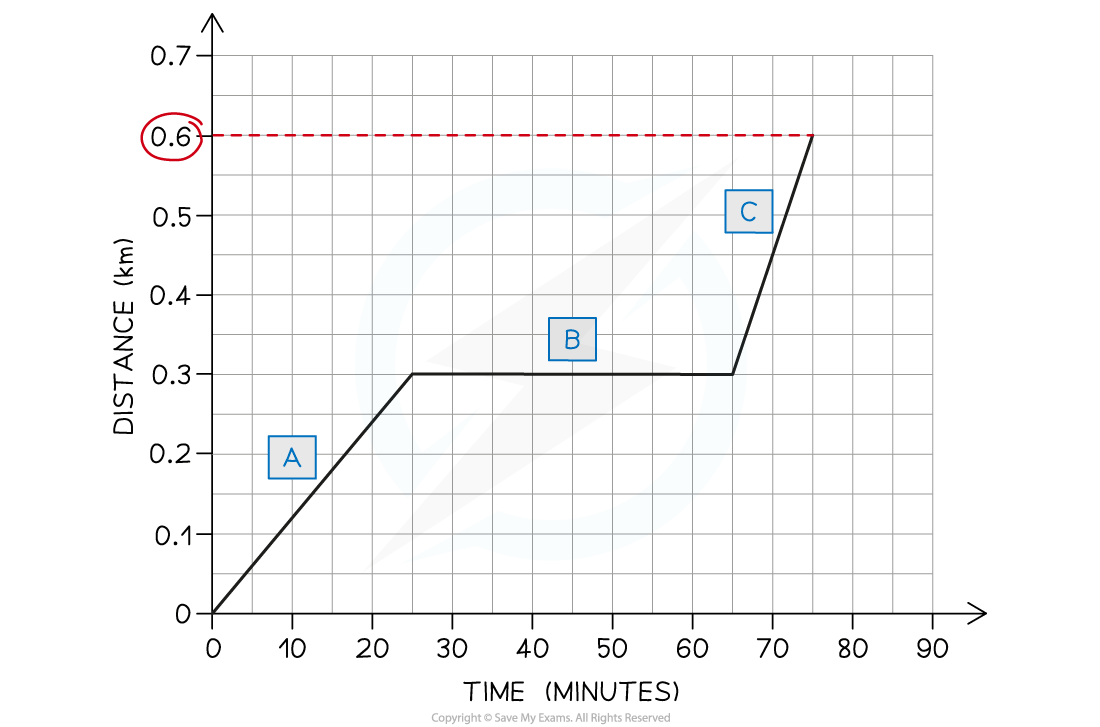