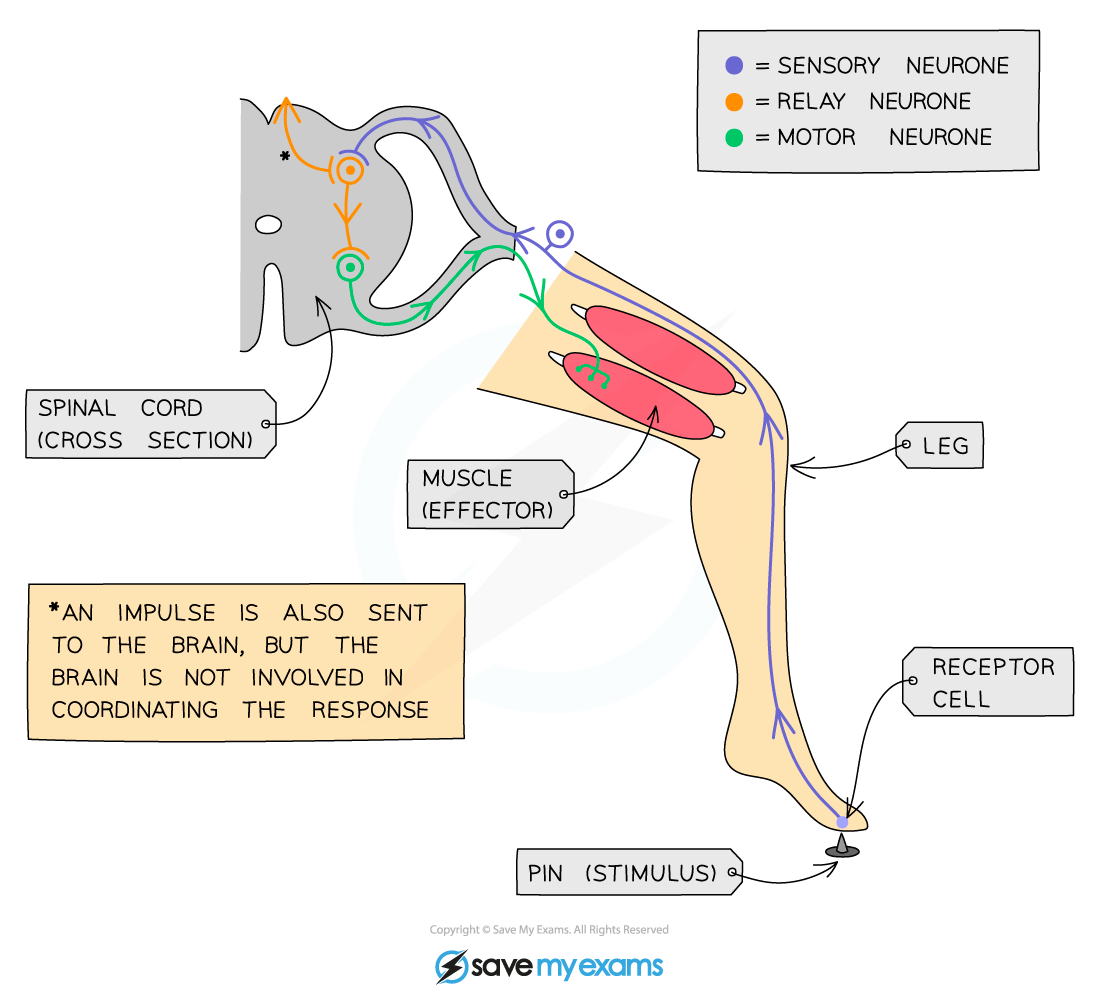 The reflex arc pathway (in this case for a pain-withdrawal reflex). Reflex actions are automatic and rapid; they do not involve the conscious part of the brain

The neurones of the reflex arc