Whenever two bodies interact, the forces they exert on each other are equal in size, act in opposite directions, and are of the same type 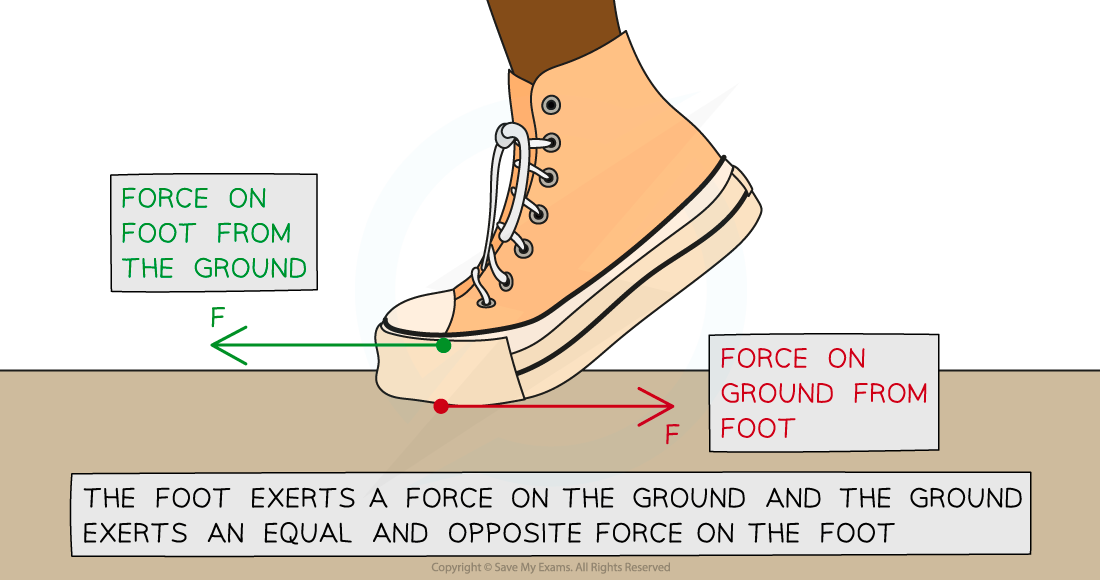 A physics textbook is at rest on a dining room table.

Eugene draws a free body force diagram for the book and labels the forces acting on it.

Step 4: Conclude which person is correct

Applying this check will help you distinguish between them. 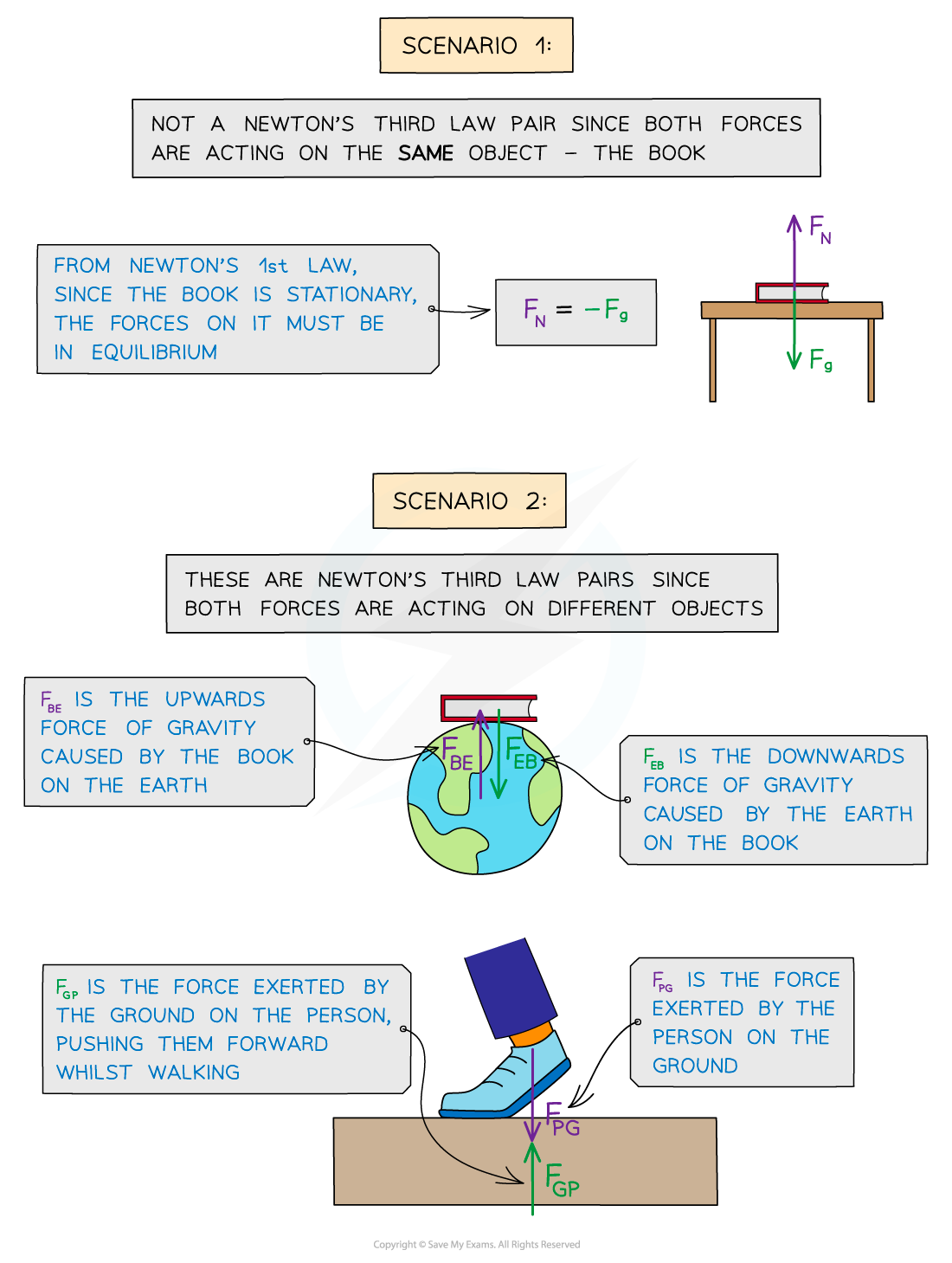