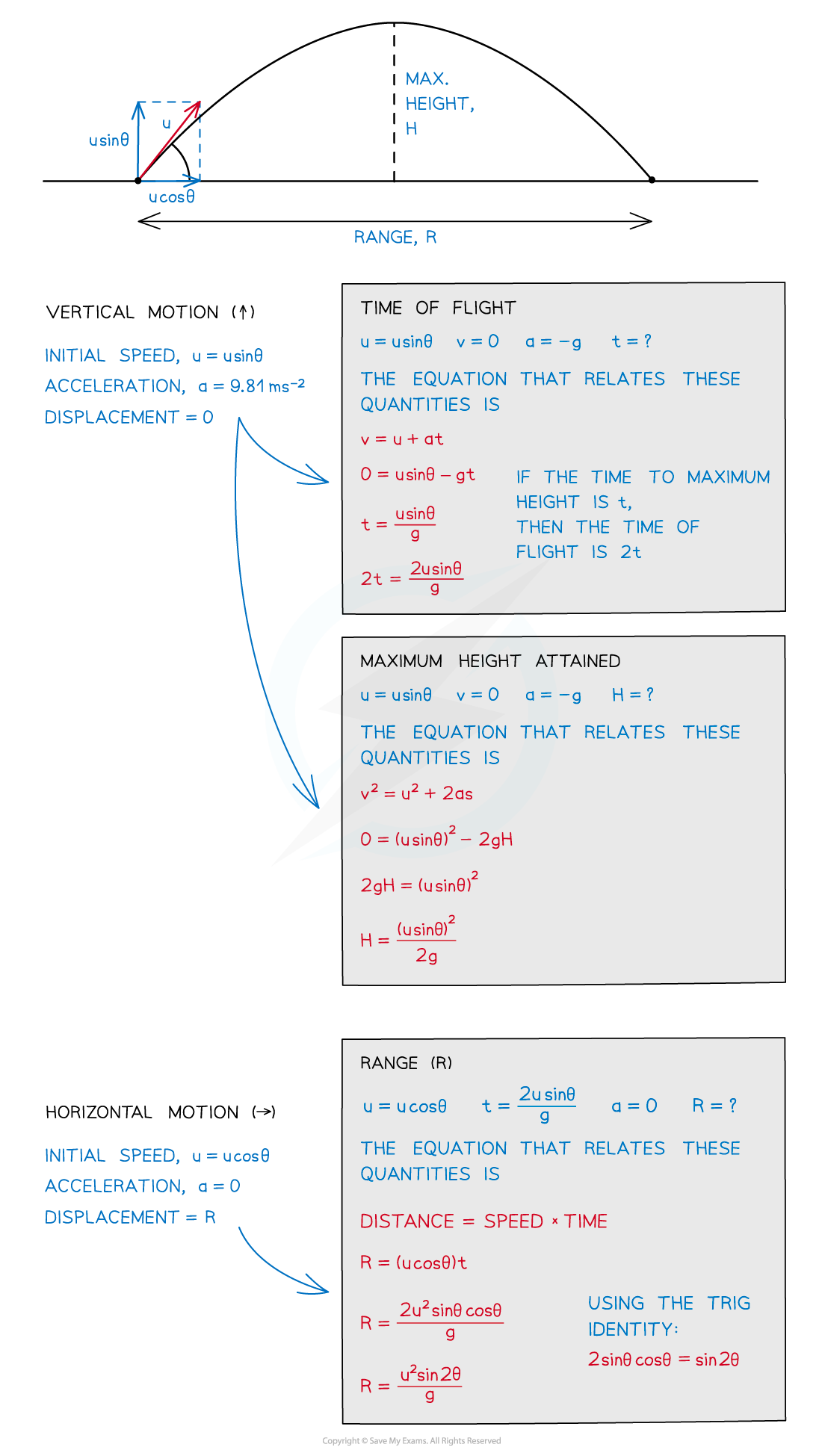 How to find the time of flight, maximum height and range

A science museum designed an experiment to show the fall of a feather in a vertical glass vacuum tube.

What is the length of the tube, L?

A motorcycle stunt-rider moving horizontally takes off from a point 1.25 m above the ground, landing 10 m away as shown.

What was the speed at take-off? (ignoring air resistance) 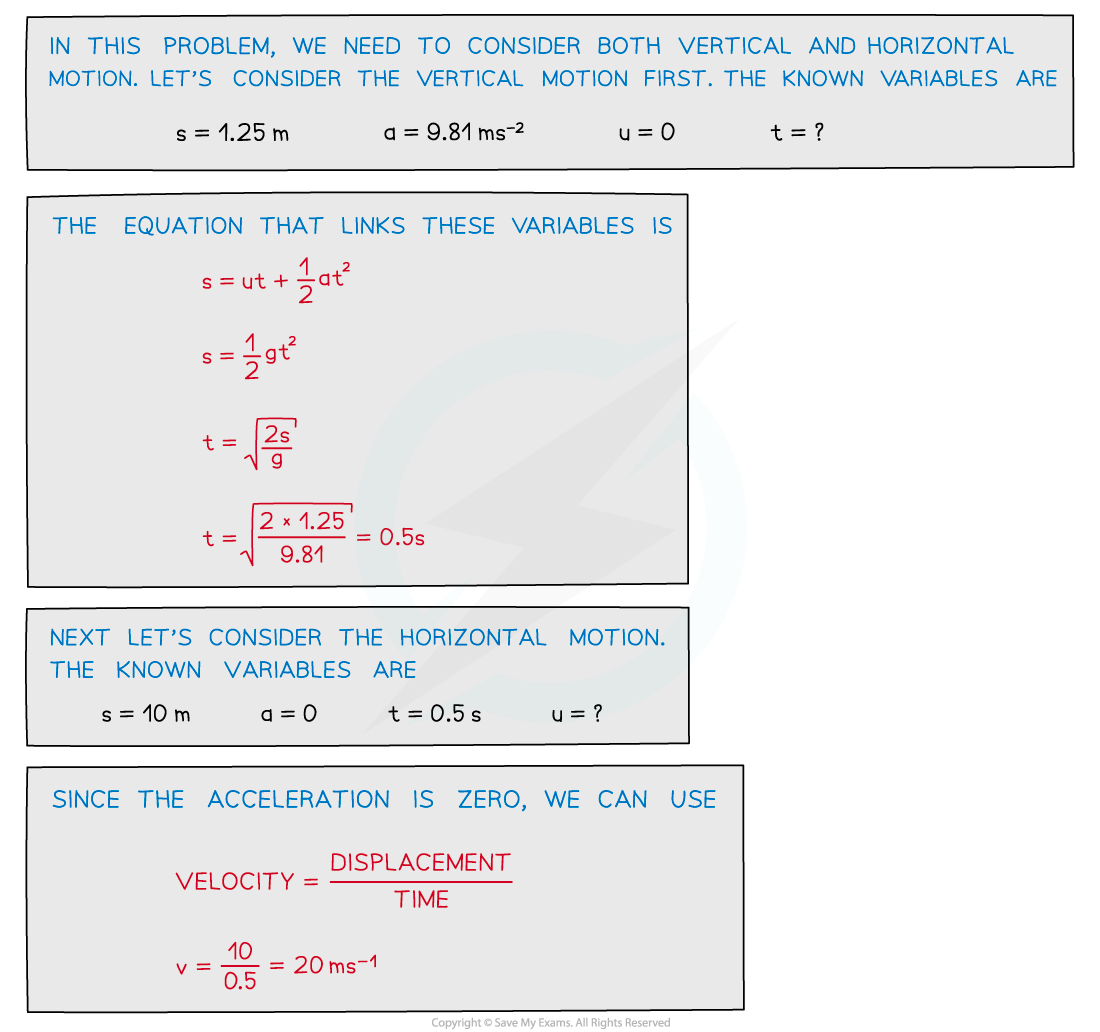 To calculate projection at an angle

What is the value of the maximum height at Q? (ignoring air resistance) 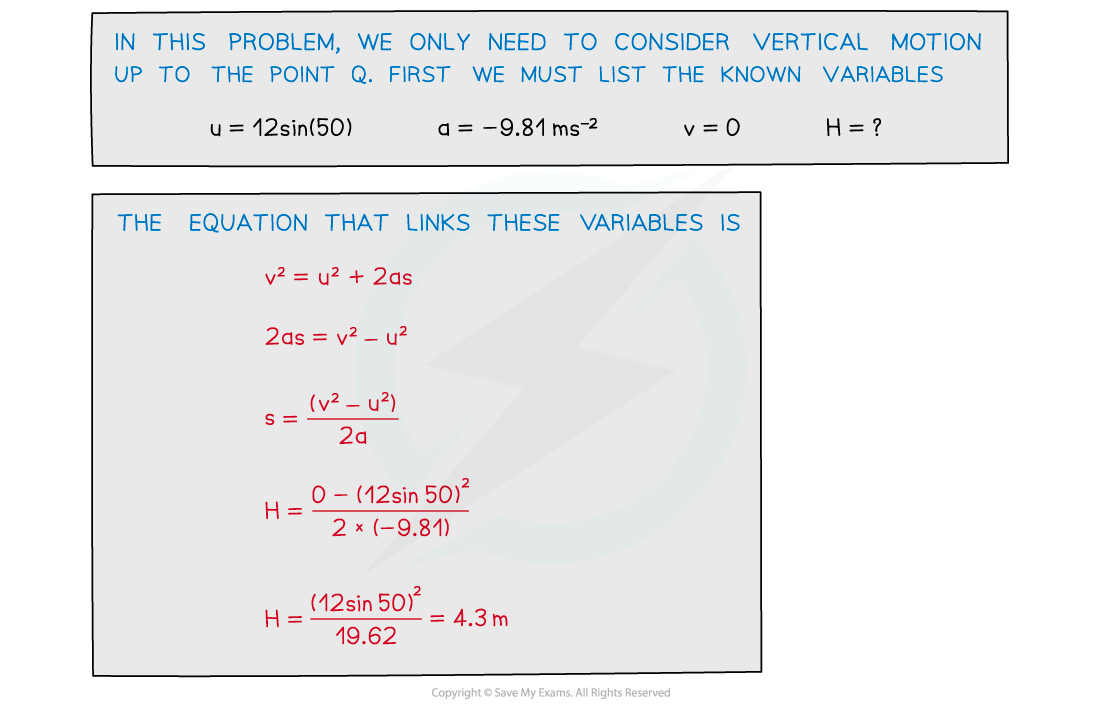 The trick which you nearly always have to remember is find the common value - time - first, then substitute it into the second part of your calculation.

As long as your working is clear, even if you forget, you are likely to still achieve half marks. But writing good clear Maths and remembering this tip should get you to the end of your calculation - and full marks!

And finally.... don't forget that deceleration is negative as the object rises.