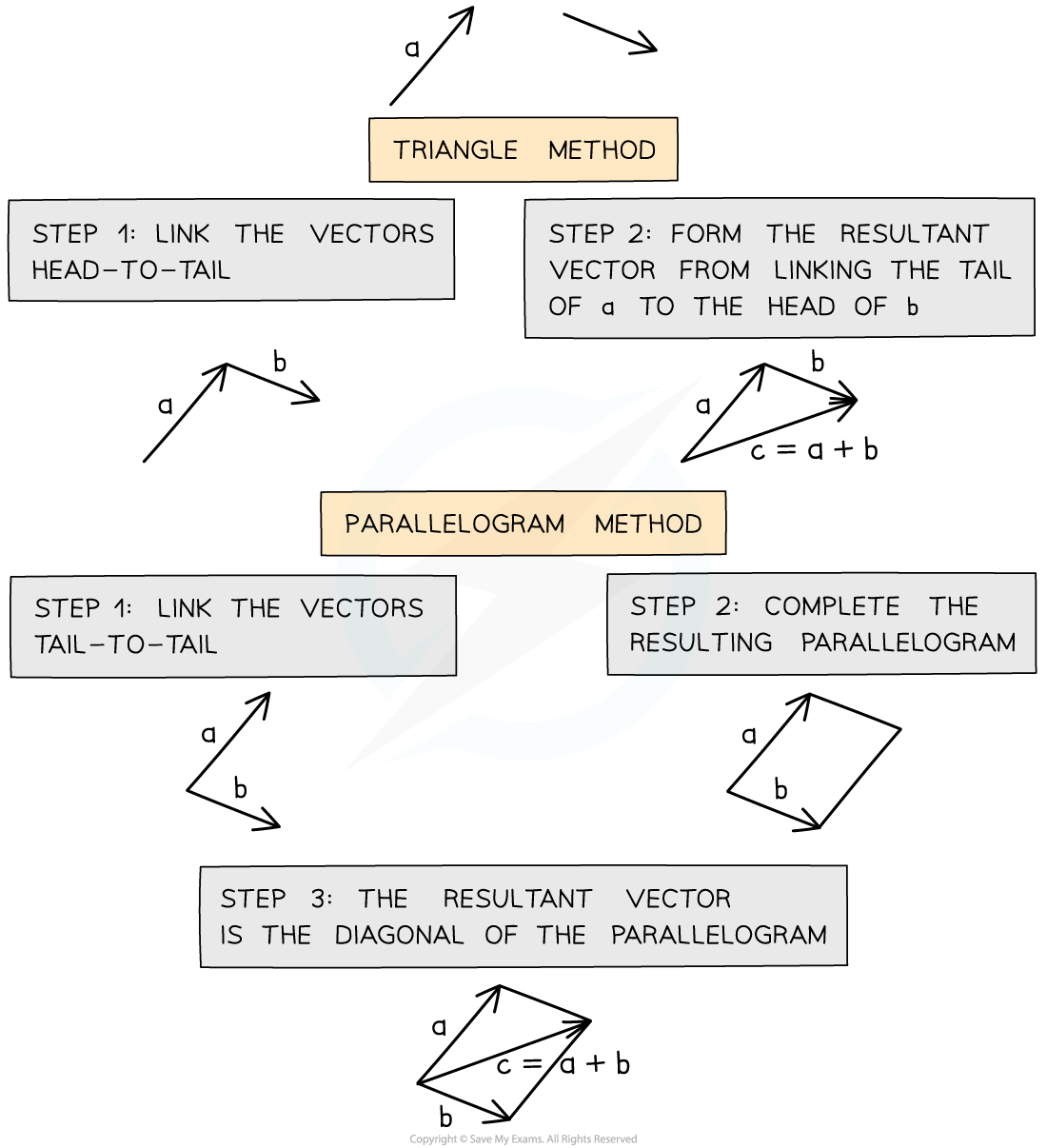 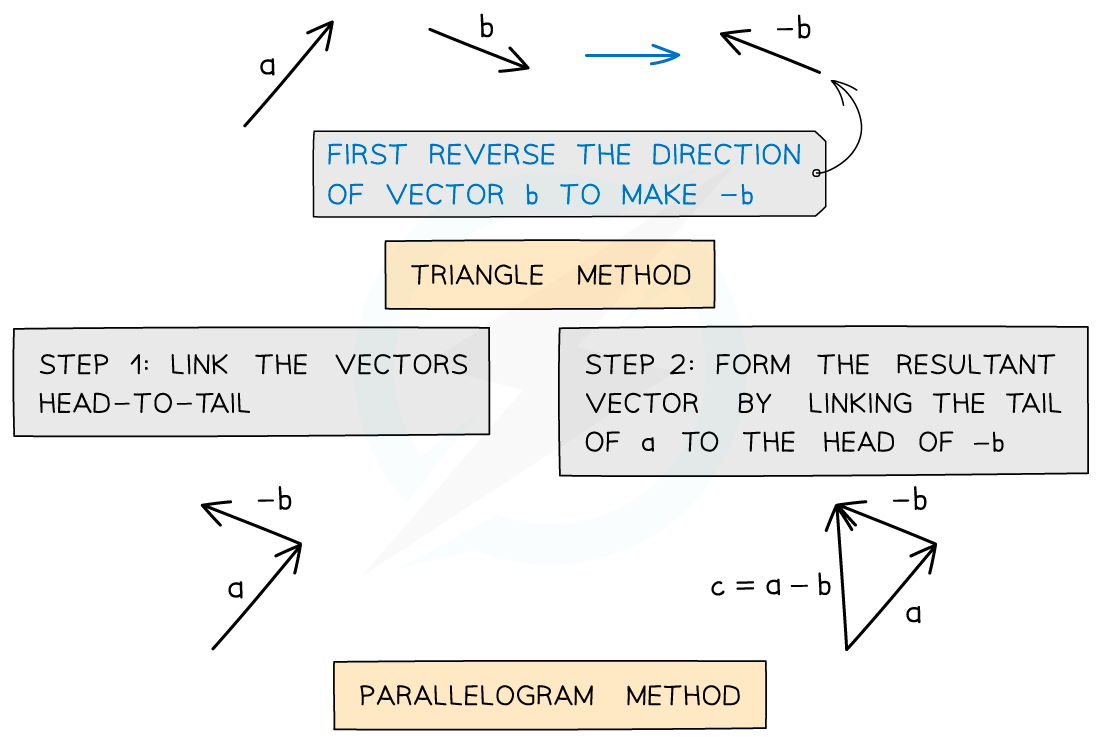 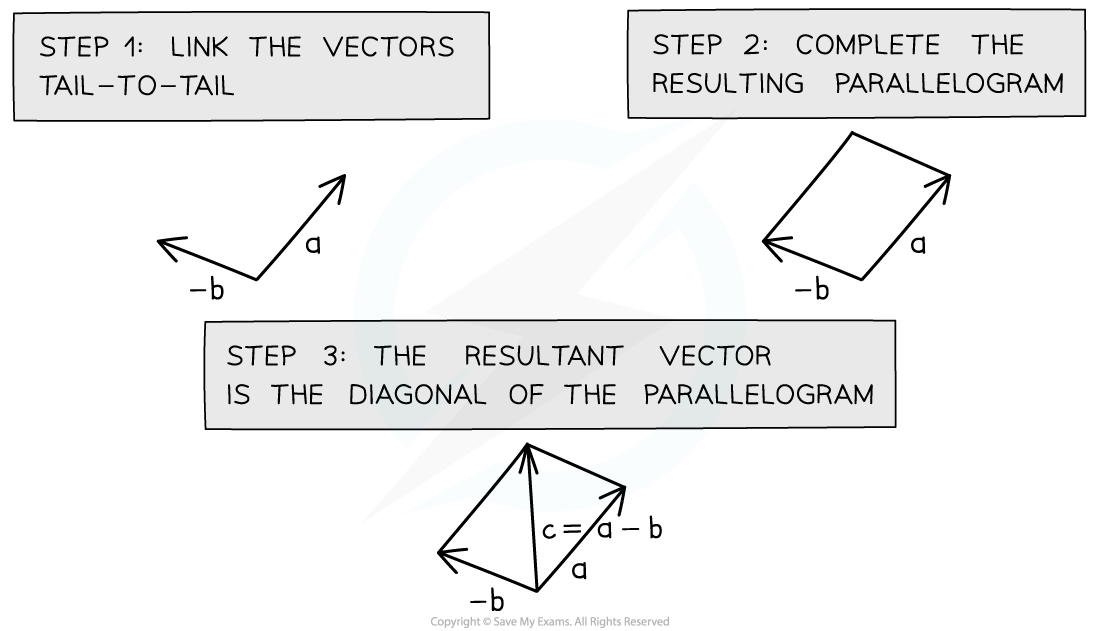 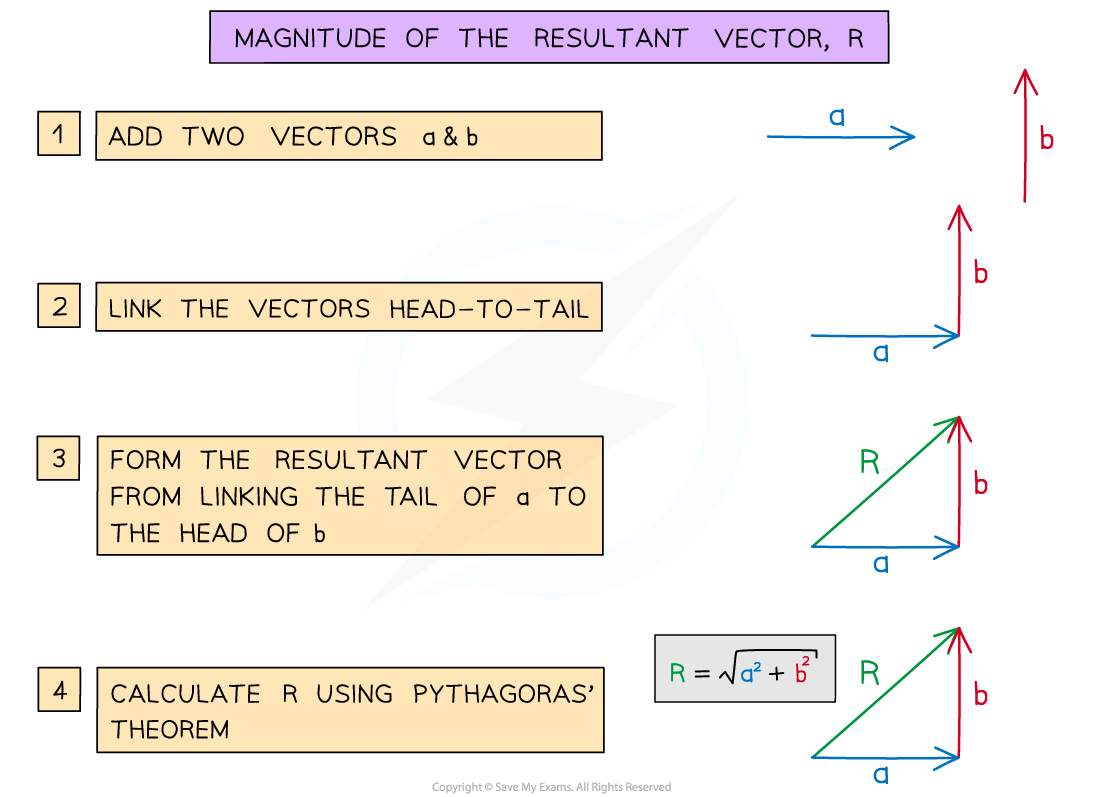 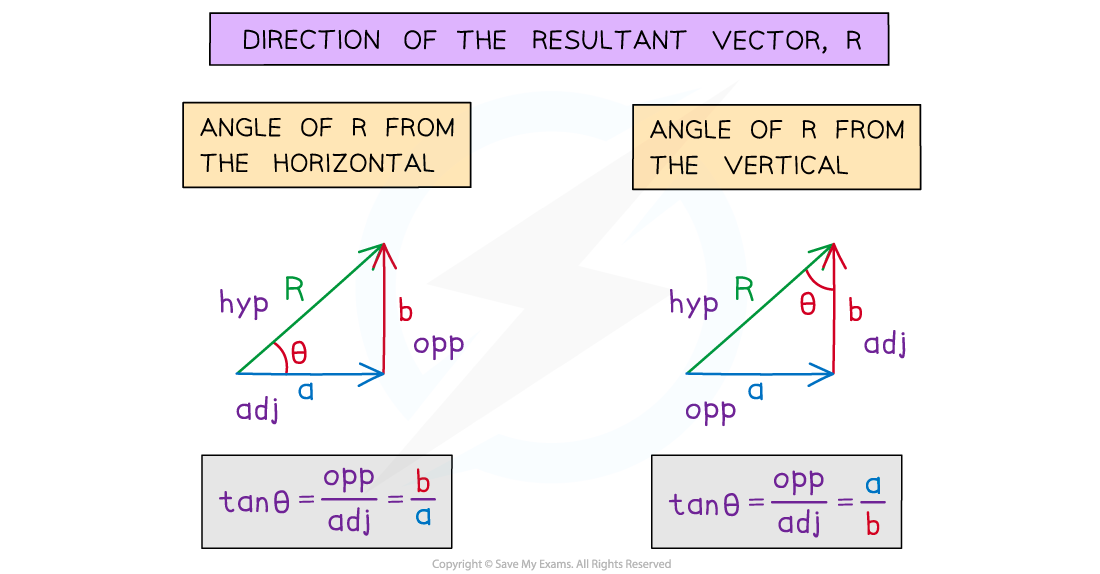 The direction of vectors is found by using trigonometry

A swimmer is crossing a river by swimming due north at 2 m s−1. The current flows east at 5 m s−1.

Determine the resultant velocity of the swimmer's motion.

Step 1: Sketch a diagram, including all known values

Step 2: Calculate the magnitude of the resultant using Pythagoras

Step 4: Write the answer in full giving both magnitude and direction of the velocity and all units

The swimmer's velocity is 5.4 ms-1 at 22o to the horizontal direction