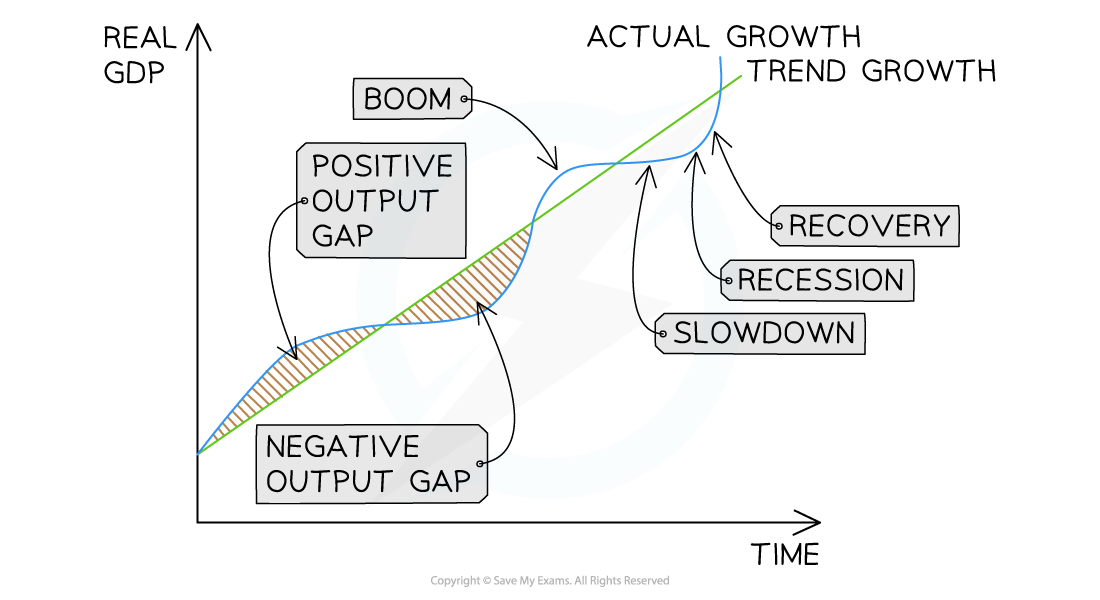 A Table Explaining the Characteristics of a Boom & Recession

You will often be examined on the characteristics of the trade cycle. Remember to demonstrate critical thinking around the assumptions of the model. For example, some firms may thrive during a recession as consumers switch to purchasing inferior goods (Poundland).

Additionally, the components of aggregate demand do not rise/fall at the same rate. For example, during recovery, consumption may increase well ahead of investment by firms.

An economy may also experience some fundamental restructuring during a prolonged recession and the composition of real GDP growth may be significantly different to what is was before the recession.