A dot of the sample is placed on the baseline and allowed to separate as the mobile phase flows through the stationary phase; The reference compound/s will also move with the solvent 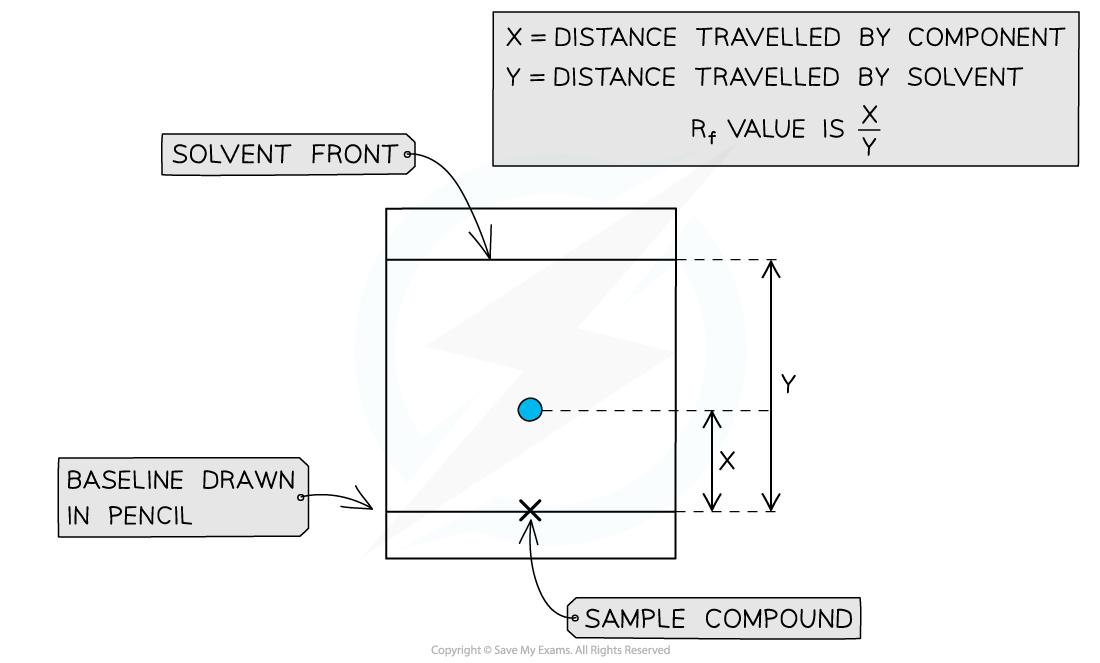 The baseline on a TLC plate must be drawn in pencil

Any other medium would interact with the sample component and solvents used in the analysis process.