Tetramethylsilane is the common reference compound for NMR spectroscopy

Features of a 1H NMR spectrum

How many different 1H chemical environments occur in 2-methylpropane? 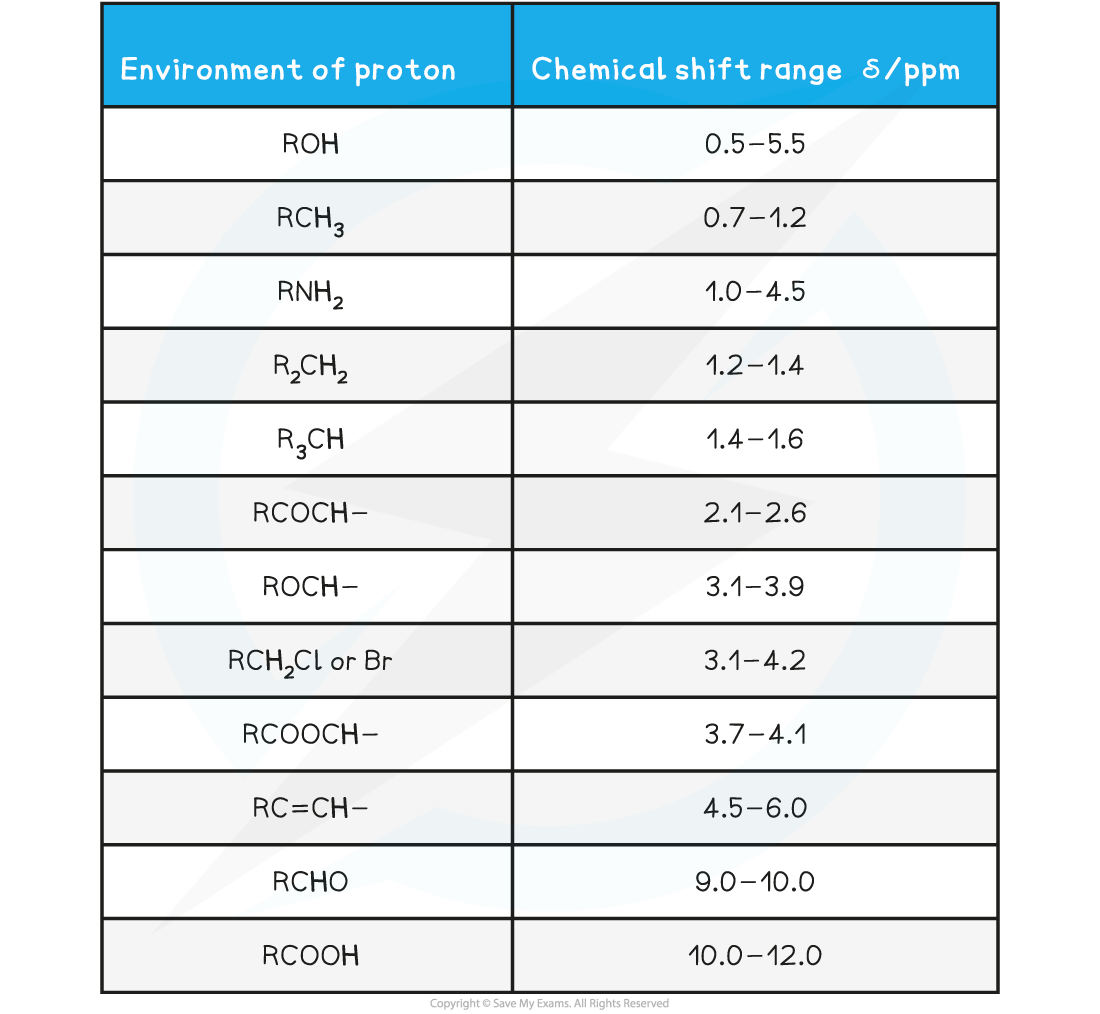 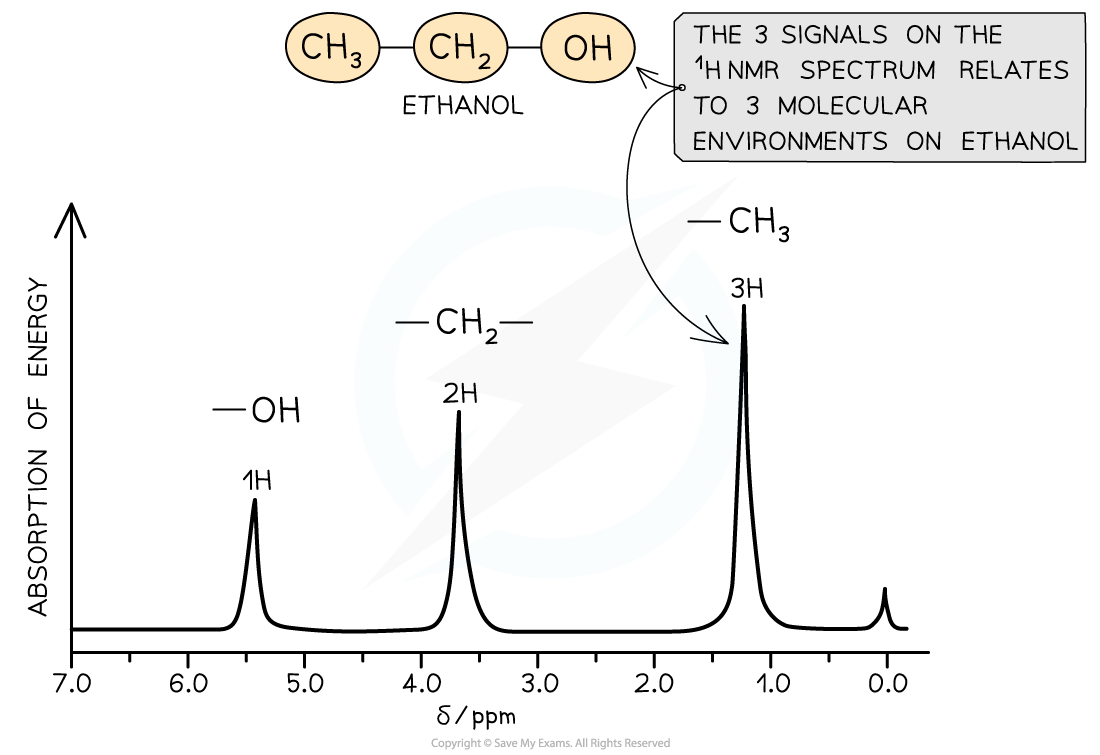 The number of peaks a signal splits into = n + 1

(Where n = the number of protons on the adjacent carbon atom)

For the compound (CH3)2CHOH predict the following:

i) the number of peaks