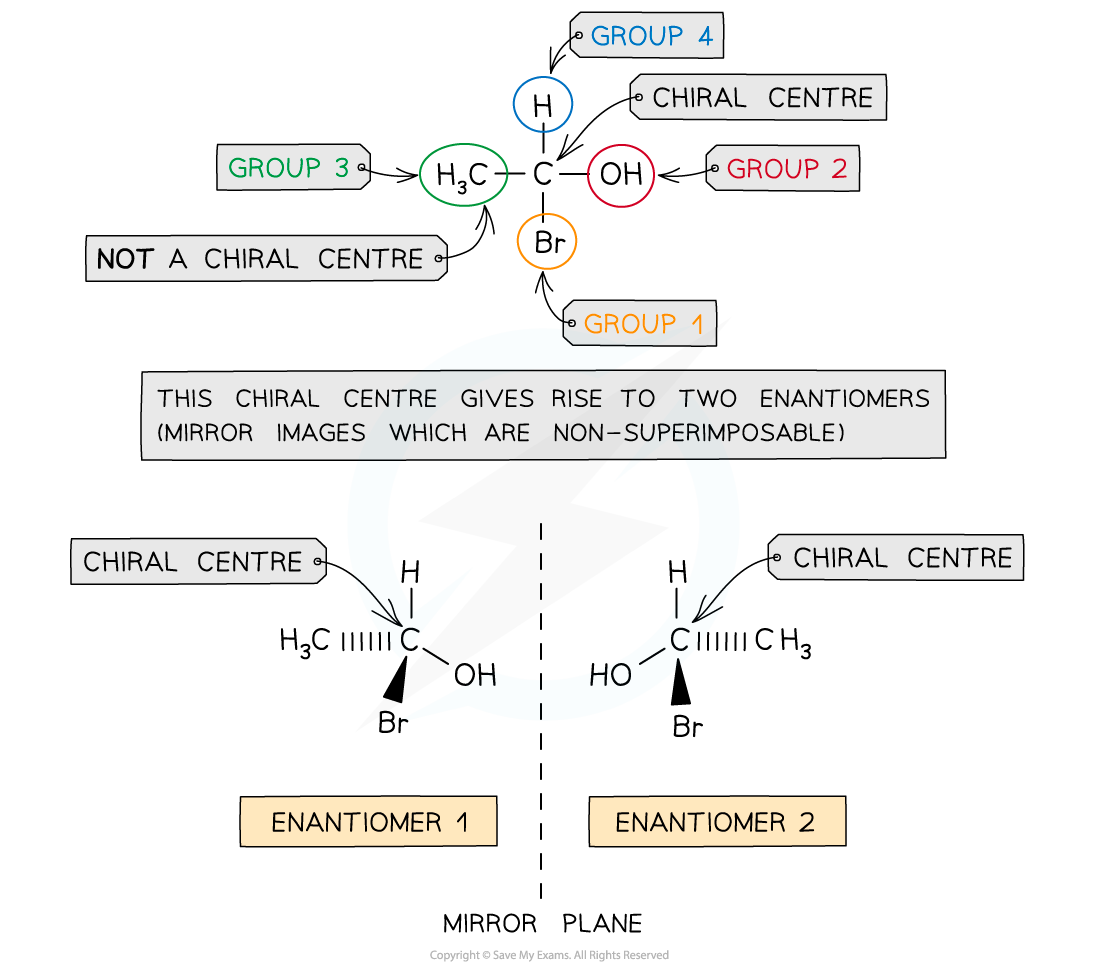 A molecule has a chiral centre when the carbon atom is bonded to four different atoms or group of atoms; this gives rises to enantiomers 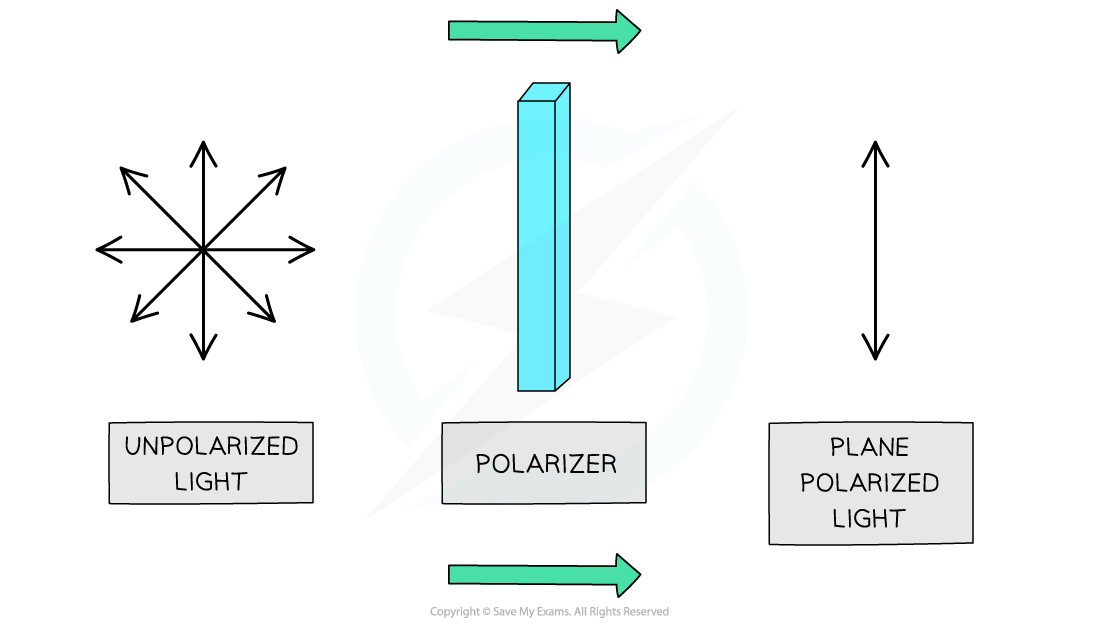 When unpolarised light is passed through a polariser, the light becomes polarised as the waves will vibrate in one plane only 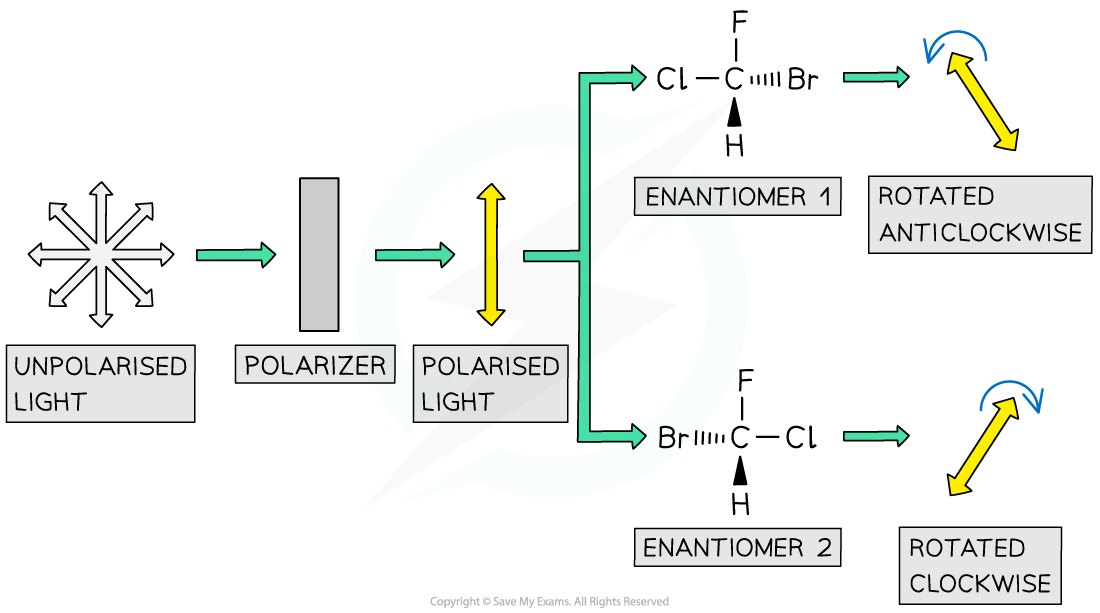 This means that the plane of polarised light will not change 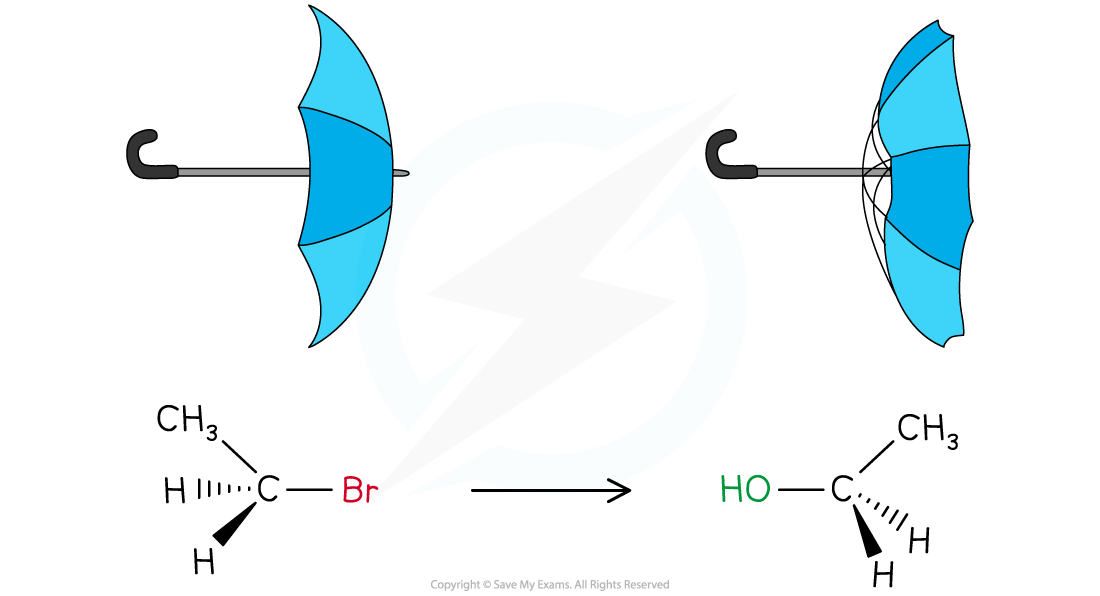