Investopedia refers to the Federal Reserve as "the central bank of the United States. Often simply called the Fed, it is arguably the most powerful financial institution in the world. It was founded to provide the country with a safe, flexible, and stable monetary and financial system".  In any economy, the central bank is the institution responsible for the regulation of money (currency) and credit (loans and other types of finance) in the economy. This is also referred to as managing the country's 'monetary policy'. For example, the Federal Reserve conducts monetary policy i.e. increases or decreases interest rates or money supply in the economy to meet the objectives given to it by the United States Congress. 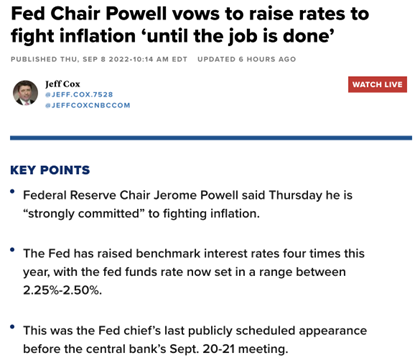 The Fed was established by an Act of Congress in 1913 in response to a number of financial panics and economic shocks that had rattled the American economy. While its immediate purpose was to stabilize the American economy through efficient regulation and conduct of monetary policy, its role has since expanded in tandem with the size and complexity of the US and the global economy. It's mandate, as described on the Federal Reserve website includes,

It is the Federal Reserve's actions, as a central bank, to achieve the "dual mandate" goals specified by Congress: maximum employment and stable prices [inflation] in the United States. The Federal Reserve conducts monetary policy by using a variety of tools to manage financial conditions that encourage progress toward its dual mandate objectives.1

Even though the Fed is nominally part of the United States Federal Government, it is an 'independent central bank', i.e it can take decisions independent of the President or the Congress as a truly neutral and bipartisan institution.