Determine whether the following mass spectrum corresponds to but-1-ene or pent-1-ene: 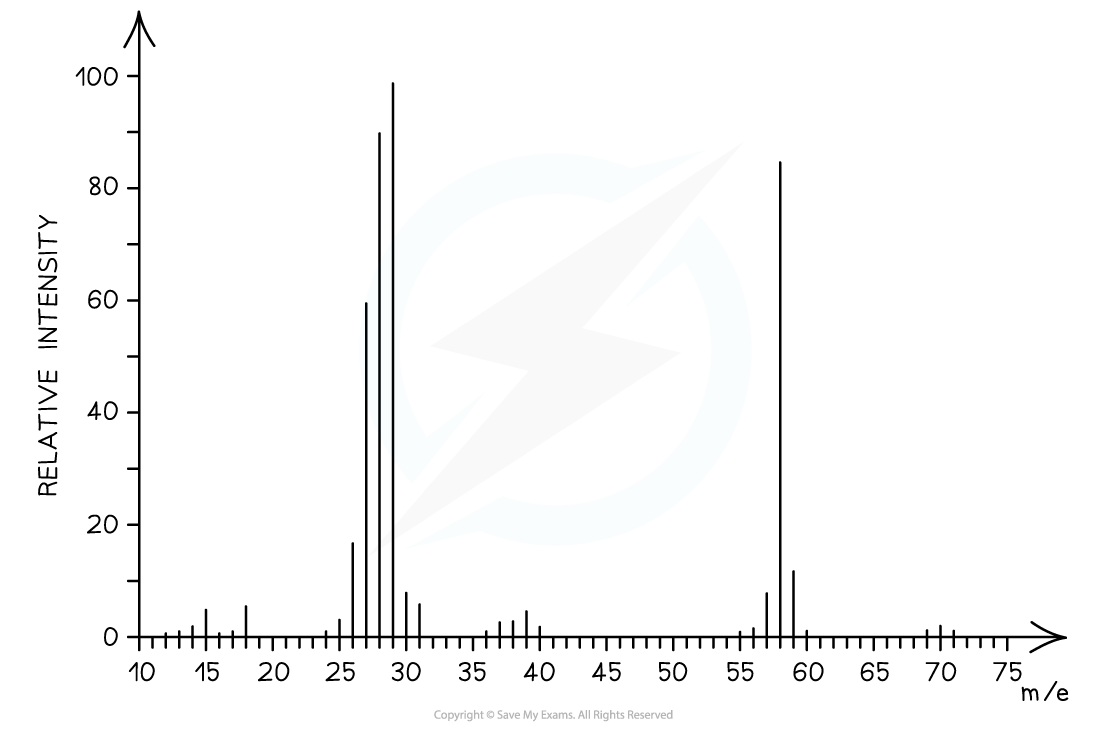 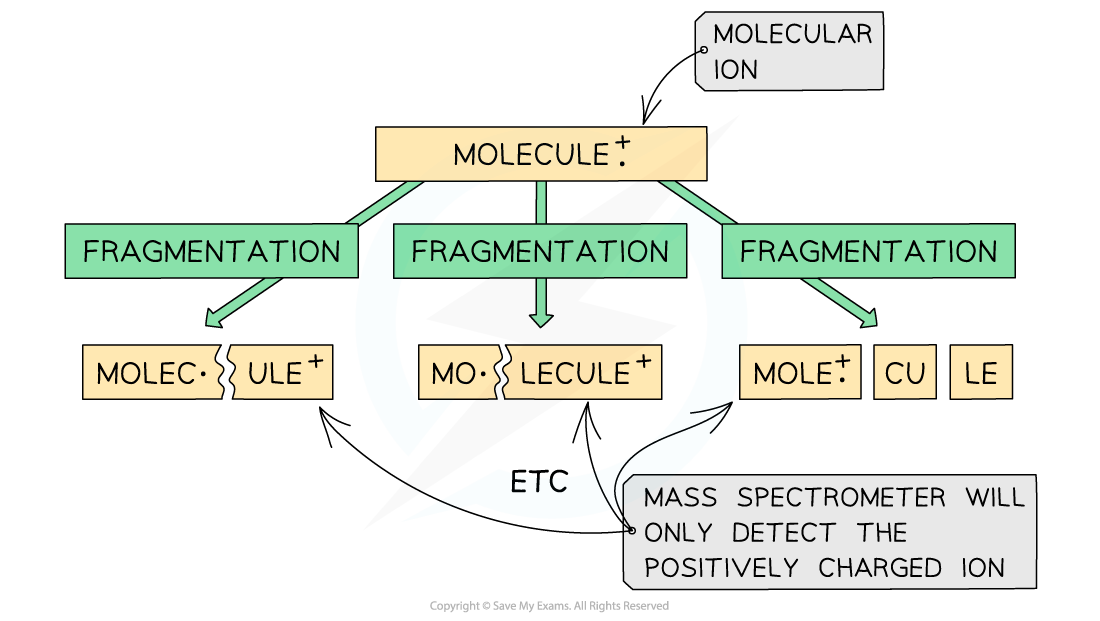 Fragmentation of a molecule in mass spectroscopy

In a sample of iron, the ions 54Fe2+ and 56Fe3+ are detected. Calculate their m/z ratio and determine which ion is deflected more inside the spectrometer.

A small m/z value corresponds to fragments that are either small or have a high positive charge or a combination of both. 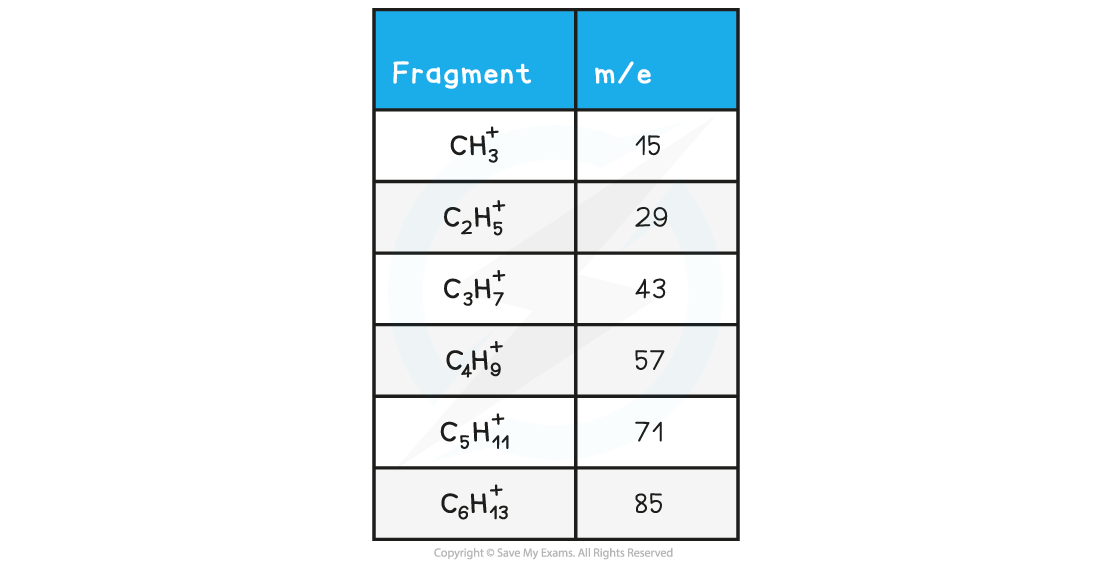 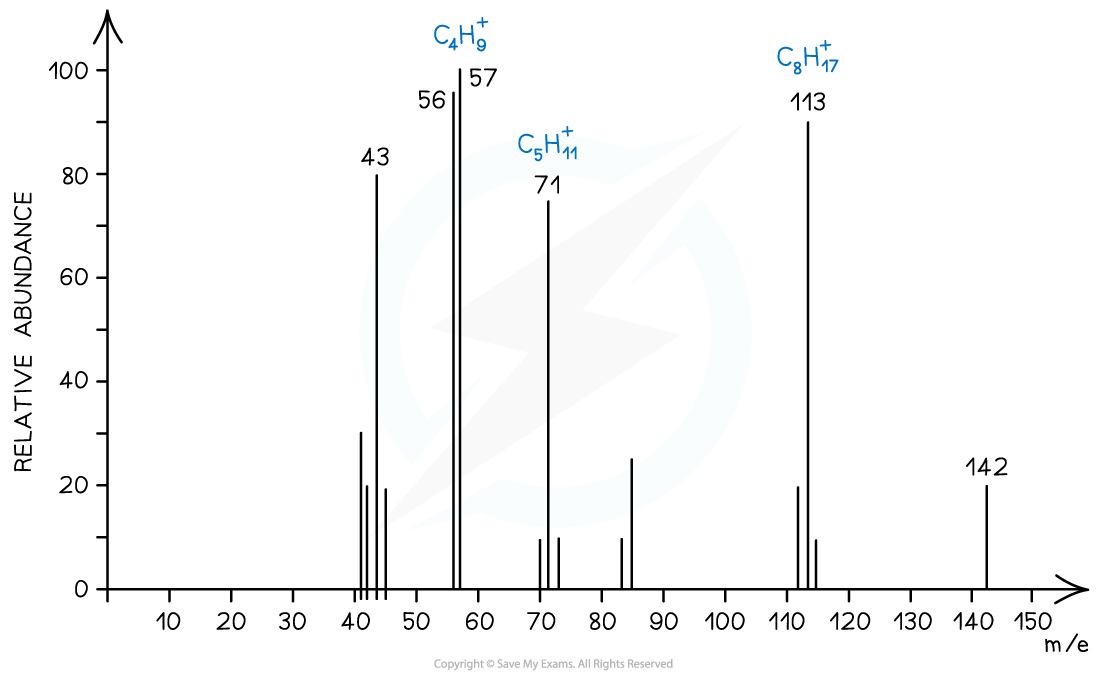 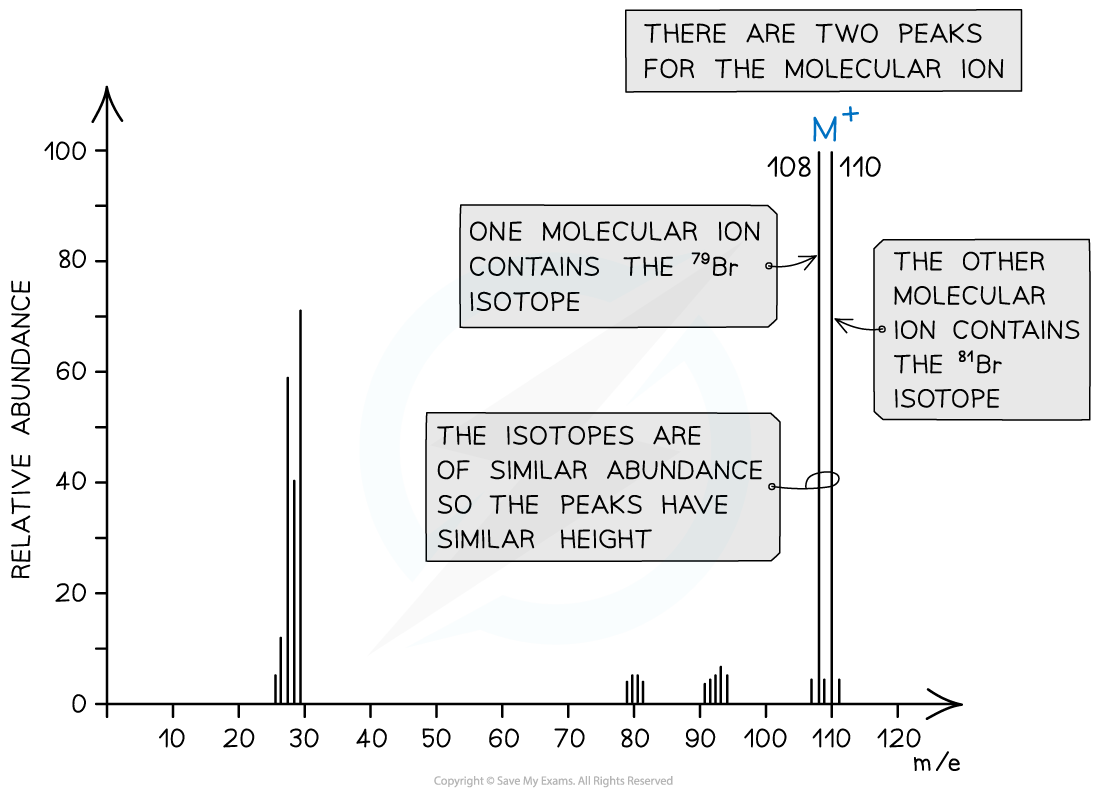 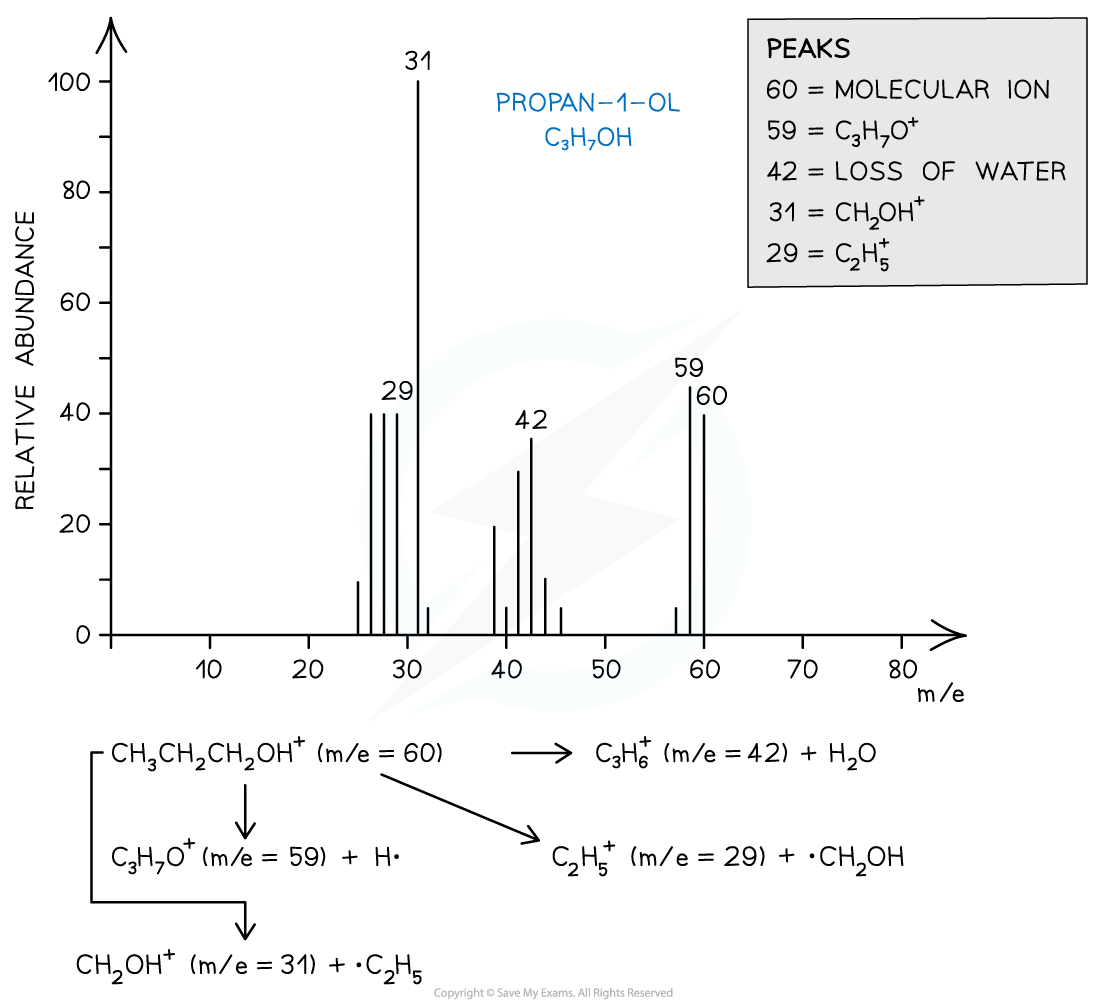 Which of the following statements about the mass spectrum of CH3Br is correct?

A. There is one peak for the molecular ion with an m/e value of 44

B. There is one peak for the molecular ion with an m/e value of 95

The correct answer is option D 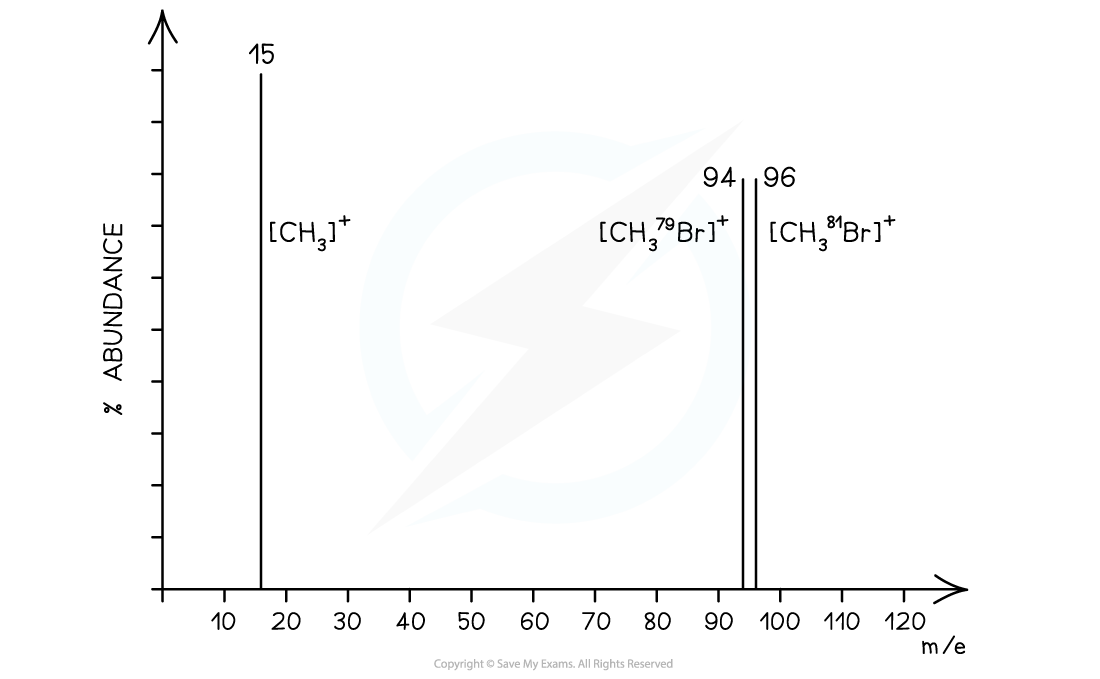 Which alcohol is not likely to have a fragment ion at m/e at 43 in its mass spectrum?

The correct answer is option D